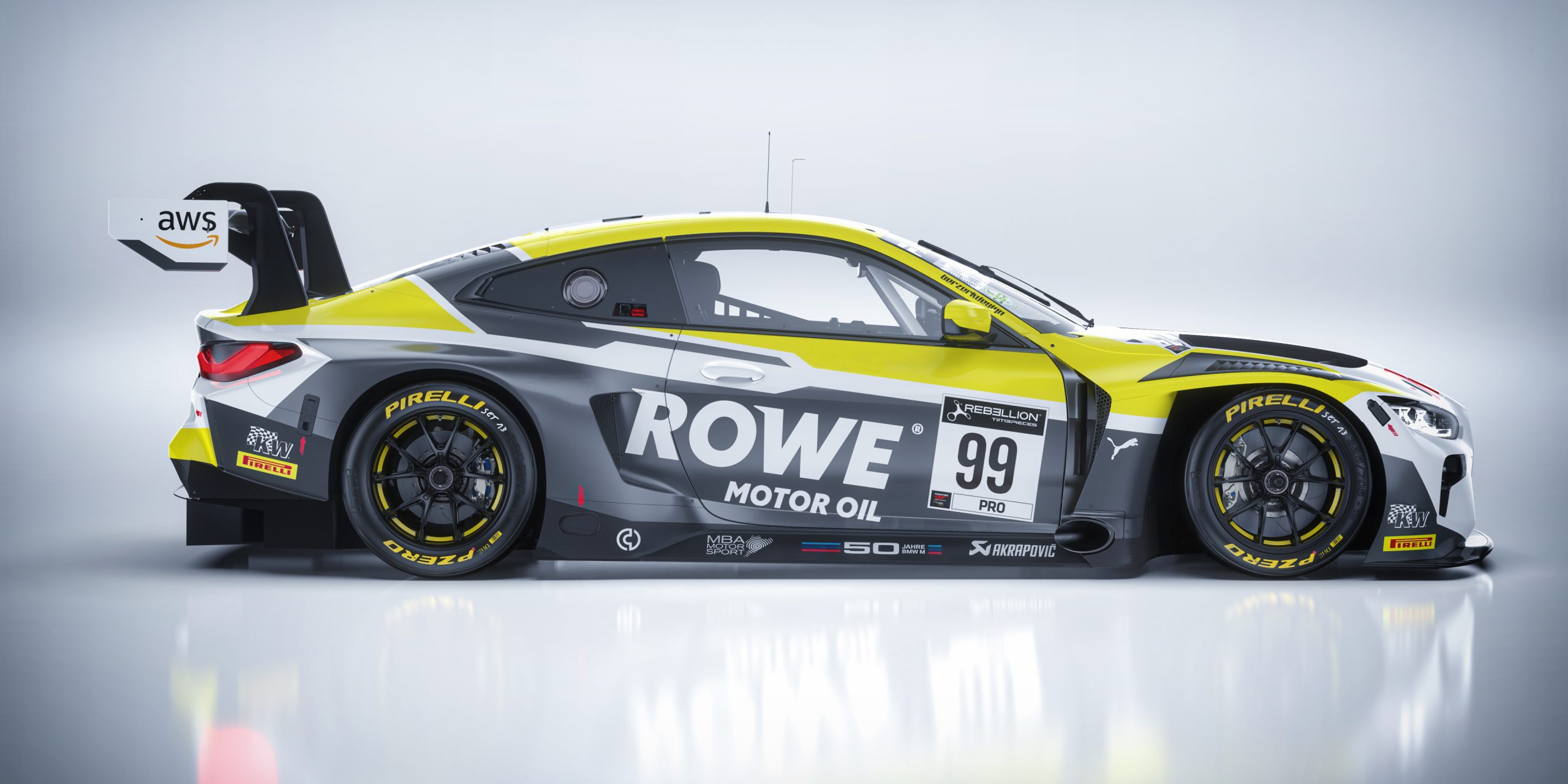 Start with the new BMW M4 GT3 in the “Green Hell” and the GT World Challenge Europe / First race outing on 3rd April at Imola, Italy

A new race car and two familiar challenges as ROWE RACING will compete with the new BMW M4 GT3 at the two endurance classics at the Nürburgring and at Spa in 2022. As preparation for the 50th staging of the ADAC 24h Race at the Nürburgring (28th/29th May), the team from St. Ingbert will contest two races in the Nürburgring Endurance Series (9th and 23rd April) and the new 24h Qualifiers, with a further two races (7th/8th May). The start at the 24 Hours of Spa (30th/31st July) is the highlight of this season’s GT World Challenge Europe, in which ROWE RACING will compete in the five Endurance Cup races. The driver line-ups will be announced at a later date.

The new BMW M4 GT3 is based on the latest production model, the BM M4 Competition. Instead of the V8 engine in its predecessor, the power is provided by a straight six engine with a three-litre capacity and twin turbocharger. It generates up to 590 hp and is 40 kilograms lighter than the eight-cylinder engine. The BMW M4 GT3 will make its race debut in ROWE RACING colours on 3rd April at the opening round of the GT World Challenge Europe in Imola, Italy. As well as races at the current Formula 1 circuits at Le Castellet in the south of France (4th June) and the season finale at Barcelona (2nd October), the schedule also includes a home outing at the Hockenheimring on 4th September.

ROWE RACING last lined up at both endurance classics in one season in 2020. Within the space of just four weeks, the team from St. Ingbert became the first team in the GT3 era to triumph in the “Green Hell” of the Nürburgring and at Spa with two different manufacturers in the same year.

Hans-Peter Naundorf, Team Principal ROWE RACING: “We are really looking forward to starting with the new BMW M4 GT3 at the two major European 24‑hour races at the Nürburgring and Spa this year. The BMW M4 GT3 is a completely new race car with state-of-the-art technology and a far more aggressive look than its predecessor. We are all excited about working with this car. We hope to benefit from the improvements made to the chassis, set-up and performance. However, we are also aware that not everything immediately runs smoothly with such a new car. Many details only become apparent during a tough race outing. For us, the project with the new BMW M4 GT3 is a long-term one, and again in the field of endurance racing. We entered the DTM in 2021, because we wanted to be involved in the new GT3 era of the series and see how it suited us. However, we at ROWE RACING have primarily established ourselves as a long‑distance team in the last ten years. This is where we can best bring our big strengths – strategy, reliability and error management – to play. For this year and the coming years, the opportunity has arisen for us to appear at the 24 Hours of Spa again, alongside our usual Nürburgring programme. This was behind our decision, taken together with our partners, to race in the Endurance Cup in the GT World Challenge Europe in 2022.”

No happy ending for ROWE RACING at the season finale at the Norisring
10. October 2021
Go to Top