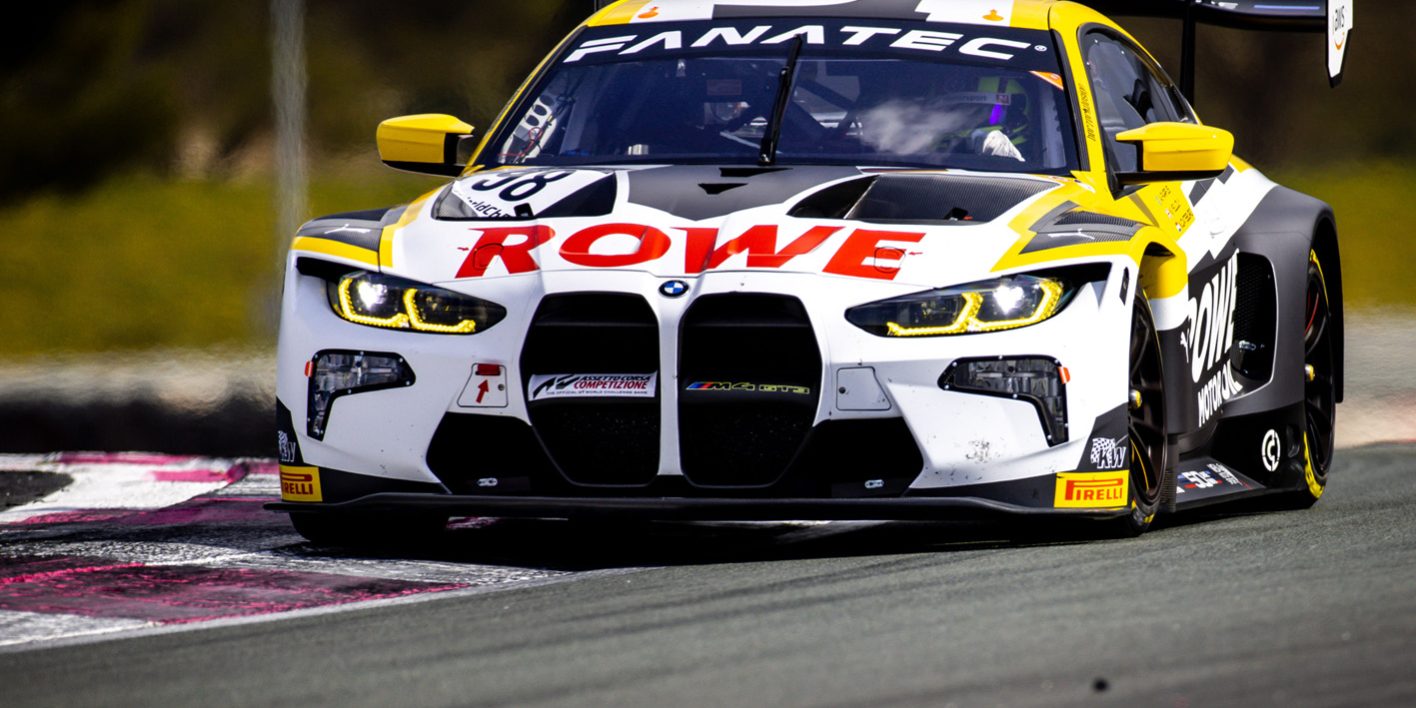 At the season-opener, Augusto Farfus will be supporting his BMW M works driver team-mates Nick Catsburg and Nick Yelloly for the first time / Dan Harper, Max Hesse and Neil Verhagen with the #50 car to mark anniversary

The 2022 racing season is ready to go with the season-opener in the GT World Challenge Europe Endurance Cup next Sunday (3rd April) at Imola, Italy, which represents a number of firsts for ROWE RACING. It is the first race for the St. Ingbert team with the new BMW M4 GT3, which is replacing the BMW M6 GT3 after six years, a car with which ROWE RACING celebrated numerous successes. It also represents the first appearance of the BMW Junior Team under the banner of ROWE RACING, and the first race for experienced driver Augusto Farfus with the team. In the #98 BMW M4 GT3, the former DTM driver from Brazil is supporting Dutchman Nick Catsburg and Britain’s Nick Yelloly, who had triumphed in the 2020 ADAC 24h race at the Nürburgring together with the St. Ingbert team.

British driver Dan Harper, Germany’s Max Hesse and Neil Verhagen from the USA will be sharing driving duties in the second BMW M4 GT3. The BMW Junior Team will be competing with its own vehicle livery. Car number 50 stands for the ‘50 Years of BMW M’ anniversary, which is being celebrated this year. This will be the first full season in an international GT championship for the three Juniors.

Autodromo Dino e Enzo Ferrari is a hilly track in Northern Italy, built by Enzo Ferrari as a ‘mini Nürburgring’. Imola has hosted Formula 1 29 times: 26 times as the San Marino Grand Prix, which record world champion Michael Schumacher won a remarkable seven times, in 1980 for the only time as the Italian Grand Prix and since the comeback in 2020 as the Emilia Romagna Grand Prix. The most famous section of the 4.909‑kilometre circuit, which is driven in an anti-clockwise direction, is the Tamburello corner; once an ultra-quick left-hander, it has been made slower and safer through the insertion of a chicane following Ayrton Senna’s fatal crash in 1994.

As the first ever major GT race series in the world, the GT World Challenge Europe is heading in a totally new direction to last season by integrating sim racing into the championship as a core element. In the run-up to each of the five endurance races there will be an Esports GT Pro Series race on the Assetto Corsa Competizione simulation platform in which a driver nominated by each of the teams will do battle for points for the real overall standings. A maximum of 15 points in total will be awarded in the sim races, which could prove crucial in the final reckoning. Neil Verhagen is driving for ROWE RACING at Imola. He will compete in the 20‑minute qualifying session on Saturday (2nd April) at 18:30, and the one‑hour race will start after a 15‑minute break, at 19:05.

Hans-Peter Naundorf, ROWE RACING team principal: “Finally, the season is starting. It was a long winter break and preparation period for all of us, but now we are looking forward to the racing debut with the new BMW M4 GT3. Imola will be an immediate challenge for the components and the drivers, as the circuit is technically demanding and has a lot of kerbs. It is a track with a great history and plenty of atmosphere. Our aim at the weekend will be to get to know our new car in a competitive environment, drive as many kilometres as possible and develop the correct understanding for the car. We are also looking forward to the first appearance of the BMW Junior Team under our banner and we are delighted that BMW M Motorsport has placed their trust in us.”

Augusto Farfus (#98 ROWE RACING BMW M4 GT3): “It will be a great start to the year. ROWE RACING is a team which needs no introduction. It’s a new challenge for me, a new track, a new car and a new driver pairing. Even if we know each other we still need to get work together which will be different this time but I very much looking forward to it. I think the car we saw in Sebring was very competitive and I hope we can prove that again at Imola. It’s a great championship at a very high level but I’m sure we will be able to compete at highest level. So time to get prepared and show our speed…”

Neil Verhagen (#50 ROWE RACING BMW M4 GT3): “I’m definitely looking forward to racing at Imola in the GT World Challenge Europe with ROWE RACING. It’s going to be a new racing series for me. My expectations for the weekend are just going to try to be like a sponge and absorb everything that I can with the other car with the drivers which have more experience in the series and with the team. I really try to join myself to the team and the series and learn as much as possible. I think it’s going to be critical and crucial to be able to learn very quickly. There are not so many races in the season we so need to be on top of it pretty quickly. I’m really looking forward to doing that and on top of that doing the sim race alongside this weekend. I personally enjoy using the simulator. I spent quite some time on it so I’m looking forward to seeing what I can do out there. It will be another a new challenge for me. I never had a race on the simulator on site.”