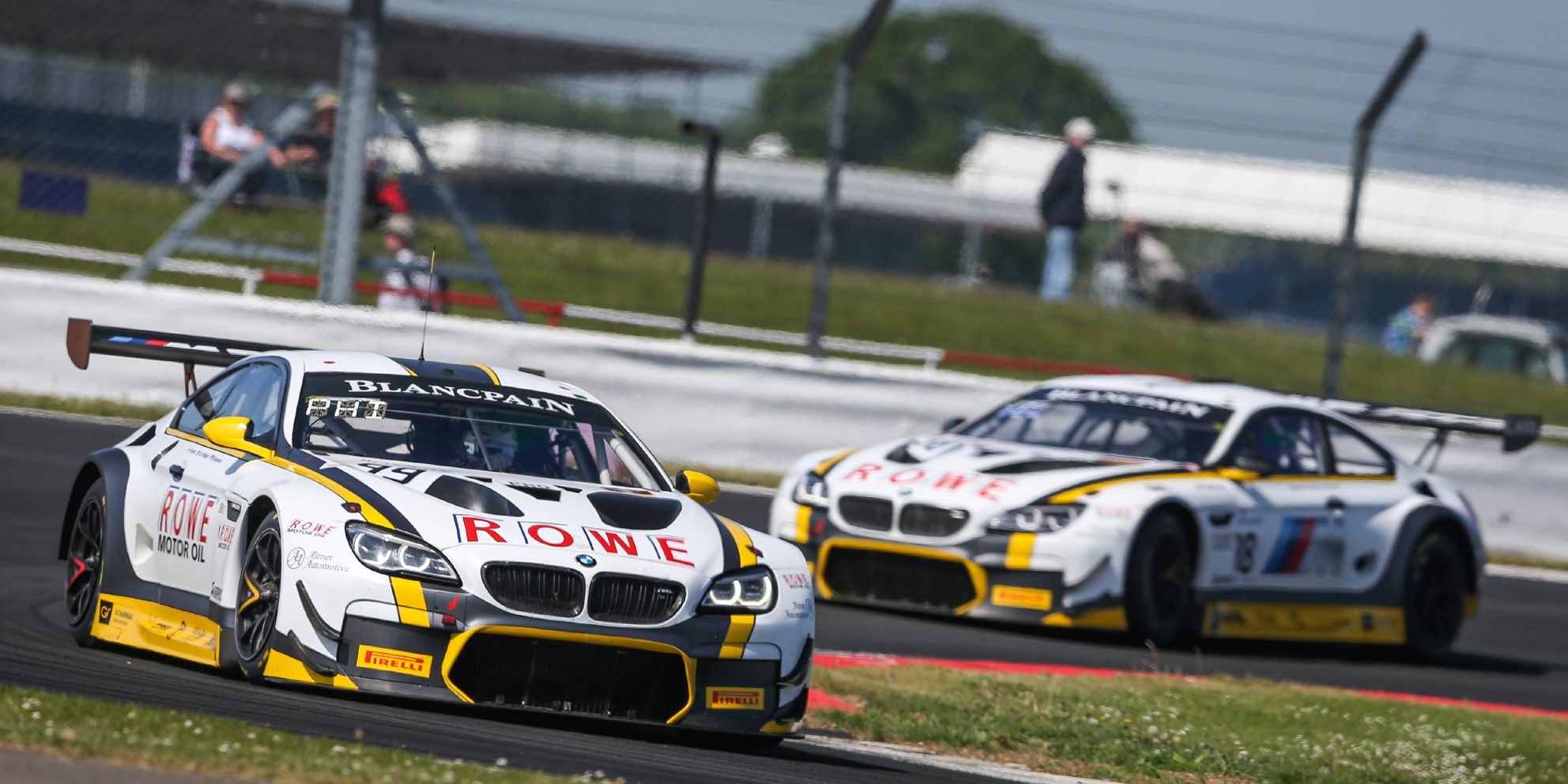 St. Ingbert, 20th May 2018 – ROWE RACING missed out on another top ten place at the second appearance at the “Home of British Motor Racing”. The team from St. Ingbert had claimed seventh position after a spectacular chase last year but had to be content with a 13th-place finish for the #99 BMW M6 GT3 in the second Blancpain GT Series Endurance Cup race on the historic circuit at Silverstone, England, despite a significant improvement after the season-opener at Monza. The #98 car managed to hold eighth place for some time after being demoted on the grid, but a trip across the grass meant that dreams of a points finish had to be put on hold.

BMW works driver John Edwards from the USA started in the #98 car from 14th position and pushed forward to eighth place after a strong first lap, before defending the position until the first pit stop after an hour. BMW Motorsport Junior Ricky Collard from Great Britain then took over and was still in eighth place after the driver change. The local hero battled for seventh until an unscheduled trip across the grass put paid to those ambitions. He headed straight for the pits, where the mechanics attempted to clean the front air inlets. Shortly afterwards, he was forced to halt as the car was losing engine coolant. After a long repair stop, the team then sent the #98 car back out onto the track eight laps down, to give new driver Nick Yelloly some race experience.

The three BMW works drivers Jesse Krohn from Finland, Connor De Phillippi from the USA and Jens Klingmann from Germany had been demoted by three places, after they and a dozen or so other cars had entered the fast lane too early once qualifying restarted after an interruption, and started the race from 16th position. Krohn recovered three places on the first lap, but was unable to progress any further than a spell in eleventh after pit stops. Final driver Klingmann was also unable to break into the top ten.

The Blancpain GT Series Endurance Cup season continues the weekend after next for ROWE RACING. The six-hour race at Le Castellet will take place in the south of France on 2nd June.

Hans-Peter Naundorf, ROWE RACING team principal: “Our performance at Silverstone represented significant progress compared to the season-opener at Monza but still, not everything went right for us. We made life difficult for ourselves and that is why we are not totally happy. Our form is improving but we need to take another step forward in the next race at Le Castellet. We had a bit of bad luck with the red flag in qualifying which prevented us from enjoying a better starting position for the race. Nick Yelloly made a very positive debut for the team and our two Americans performed well too during their guest appearances.” 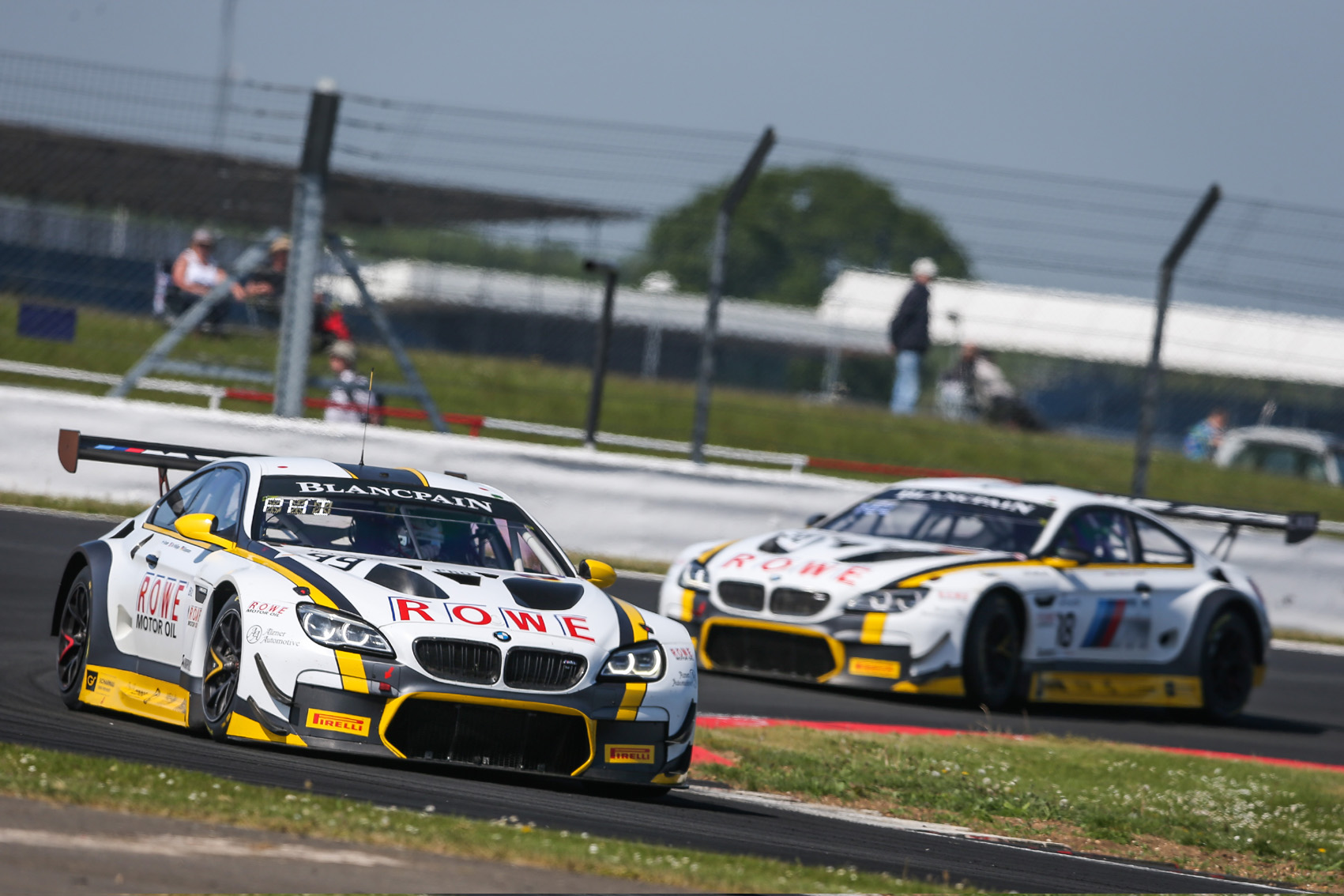 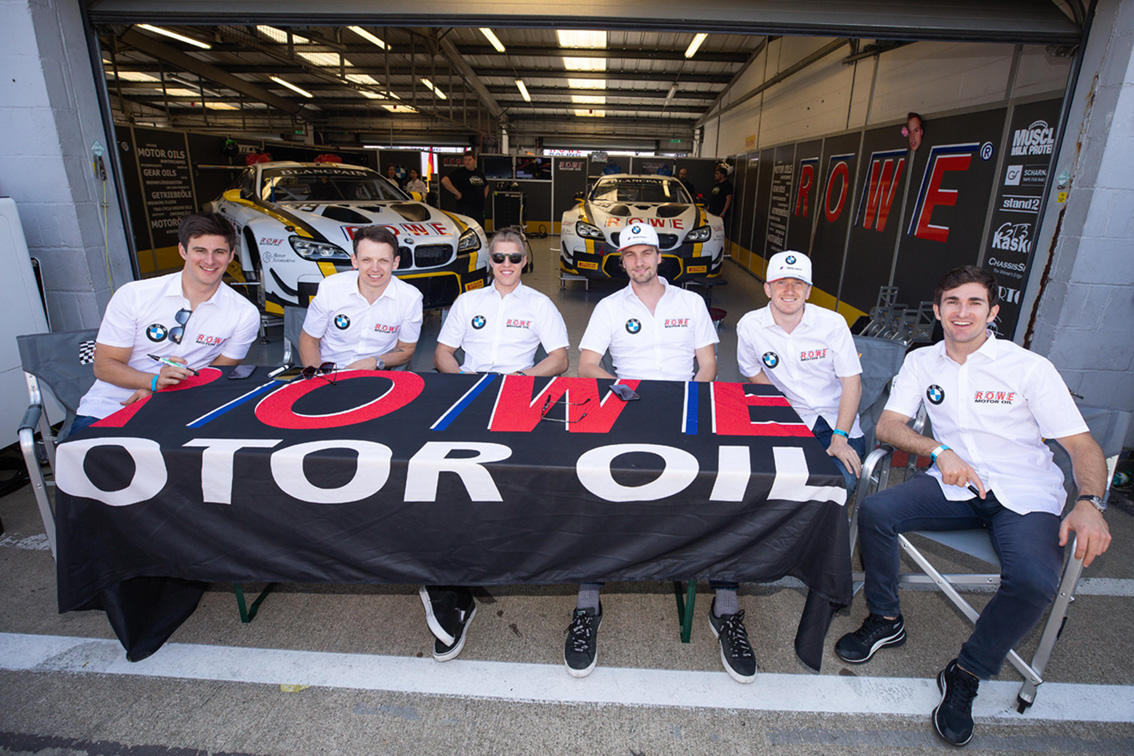 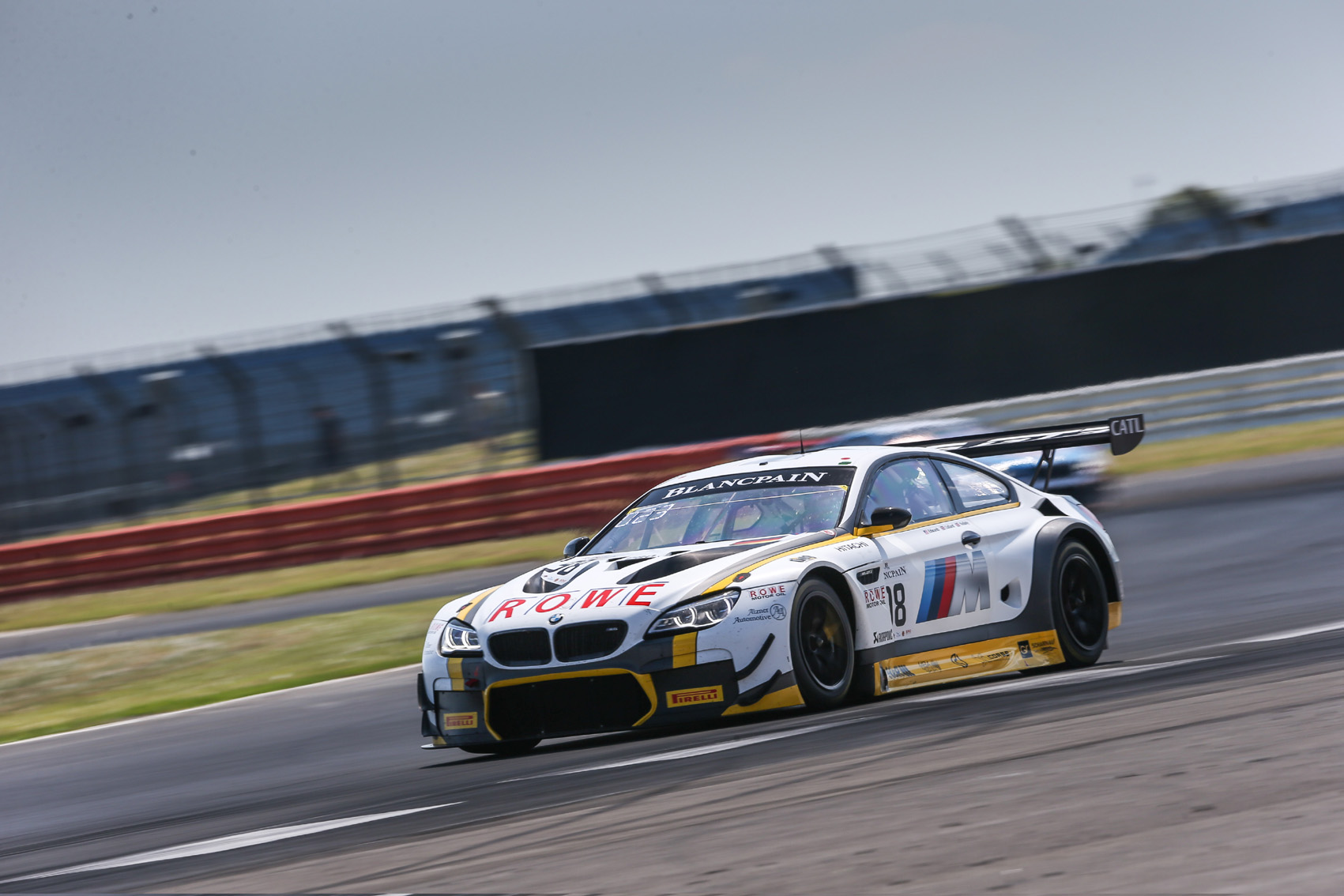