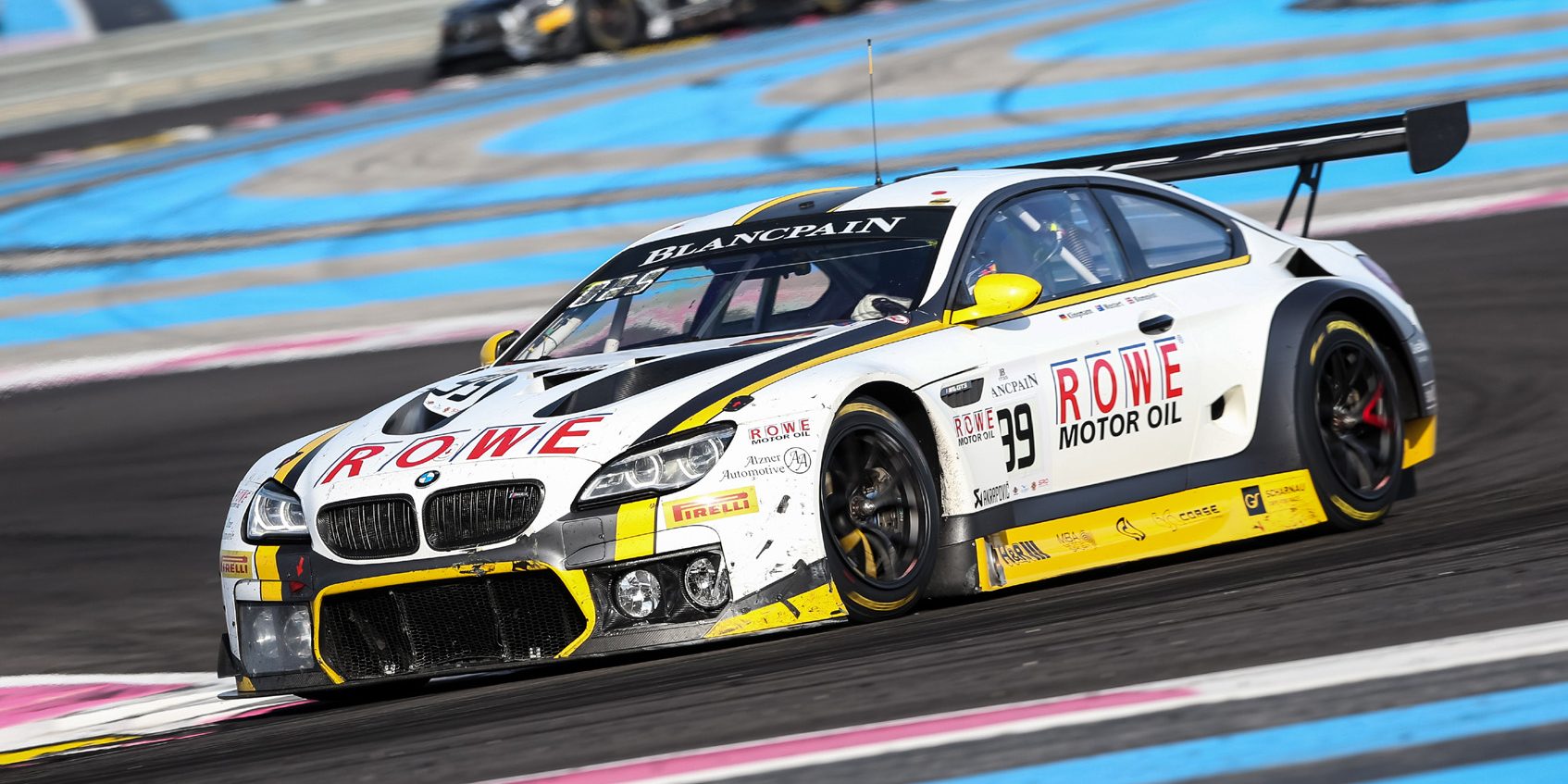 St. Ingbert, 3rd June 2018 – Despite a spirited fightback in the 1000-kilometre race at Circuit Paul Ricard, ROWE RACING still left the French track empty-handed. The commune of Le Castellet in the south of France hosted race three of five in this season’s Blancpain GT Series Endurance Cup. The team from St. Ingbert had fought back from 35th place to seventh with the #99 BMW M6 GT3, before a 30-second penalty just two minutes before the end of the six-hour race cost them a probable top-ten finish. As it turned out, the team finished eleventh, just 0.7 seconds outside the points. The #98 car was forced to retire after 47 laps, due to damage sustained in a collision at the start of the race.

Starting from 14th on the grid, German Jens Klingmann made up two positions on an impressive opening lap in the #99 car. “Flying Finn” Jesse Krohn climbed three places into 13th in the #98 BMW M6 GT3. Klingmann was then spun by a rival car on lap nine and dropped back to 35th place. By the time he reached the end of his double stint, he had already gained 18 places, allowing Australian Chaz Mostert to start his race debut for ROWE RACING from 17th place. Following a good drive, he came in a little earlier than planned, during a Full Course Yellow phase (FCY), to hand the #99 over to Britain’s Tom Blomqvist. The trio consequently climbed from 15th to 11th place.

After Tom Blomqvist had progressed to seventh place during an intense and hectic final phase of the race, which featured several FCY and safety car phases, the son of former world rally champion Stig Blomqvist accelerated too early when the race was released for the final time. He subsequently found himself in sixth place and crossed the finish line in sixth. However, the race stewards handed him a drive-through penalty with two minutes of the race remaining, which was automatically converted into a 30-second penalty and saw the #99 car relegated to eleventh place.

The #98 car also acquainted itself with the race stewards. Jesse Krohn was handed a drive-through penalty following a failed overtaking manoeuvre on lap 15, which resulted in a collision with another car. This penalty, together with an unscheduled pit stop to assess the damage caused to the BMW M6 GT3, dropped Krohn well down the field. Just a few laps after Krohn had handed the car over to Nick Yelloly, the Brit was forced to retire the #98 with suspension damage resulting from the earlier collision.

The next challenge for ROWE RACING is the 24 Hours of Spa, which the team won in 2016. Before then, the crew will be at the Formula 1 circuit in the Belgian Ardennes region on 3rd July for the official test day. The race itself takes place on 28th/29th July.

Hans-Peter Naundorf, team principal ROWE RACING: “To leave empty-handed after a fightback like that in such a high-class field is hard to take. After the spin at the start, which was no fault of our own, we showed a lot of spirit and implemented some clever tactics to fight our way back into the points. That shows clearly what could have been possible with our car. When you through that away with a simple mistake so close to the finish, it is very frustrating. Particularly when you then miss out on the points by just seven tenths of a second. The collision involving the #98 car was unnecessary so early on in a six-hour race. At least the improved performance of our car gives us hope ahead of the second major highlight of the season. However, you can only be successful at a 24-hour race like the one in Spa if you avoid making any mistakes throughout the entire race.” 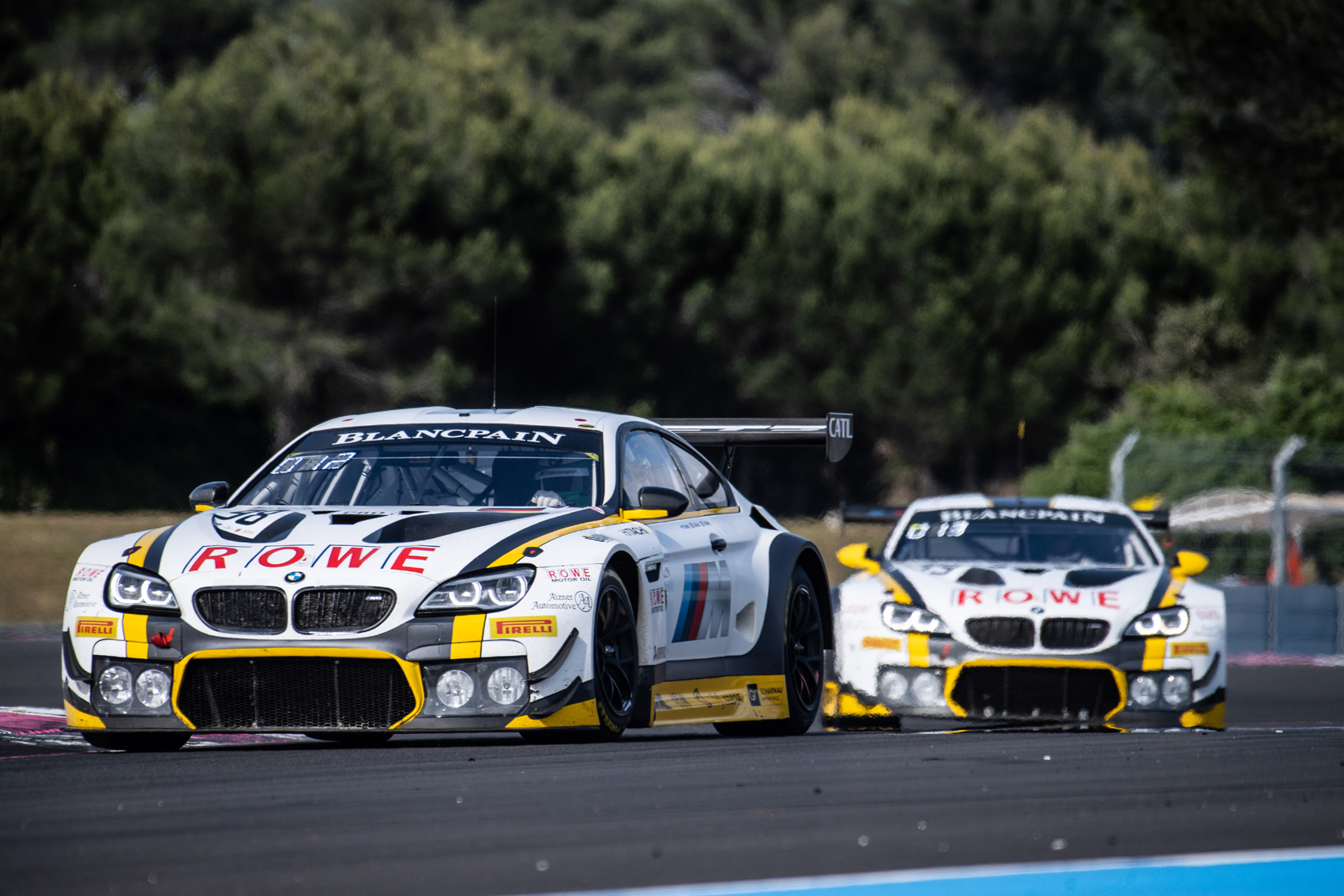 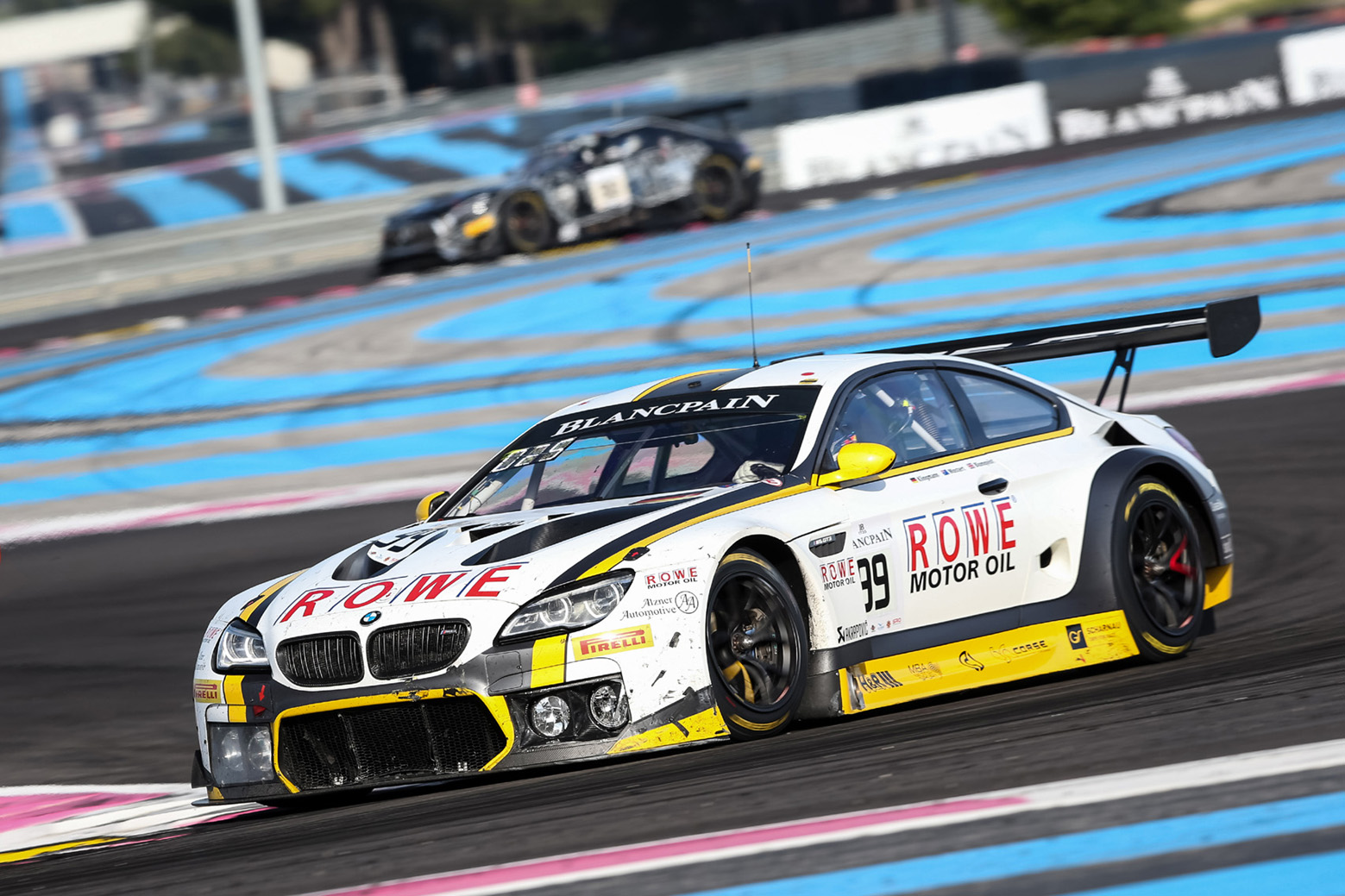 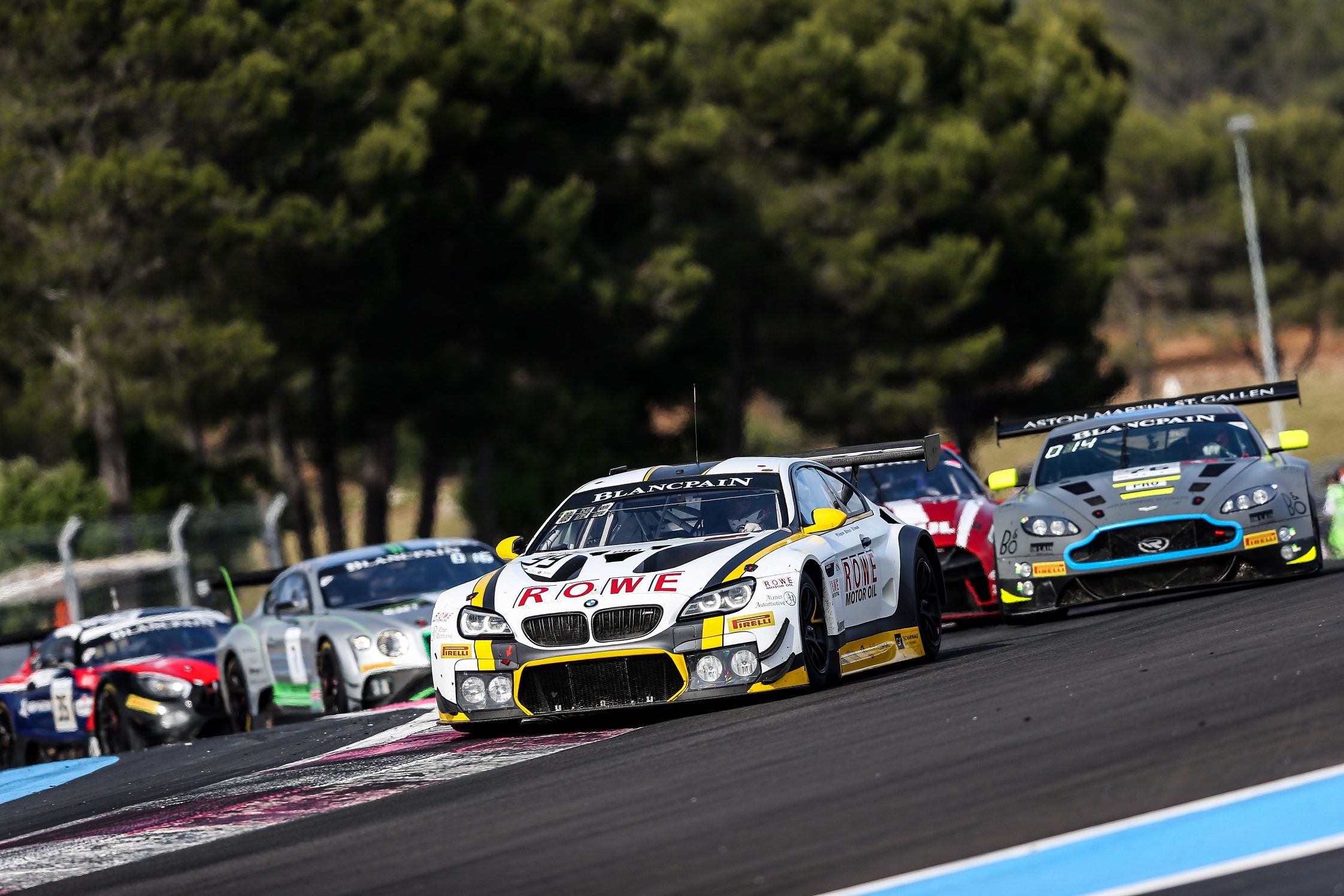