ROWE RACING kicks off 2019 season in a perfect manner: Victory and third place in an ultra-exciting race 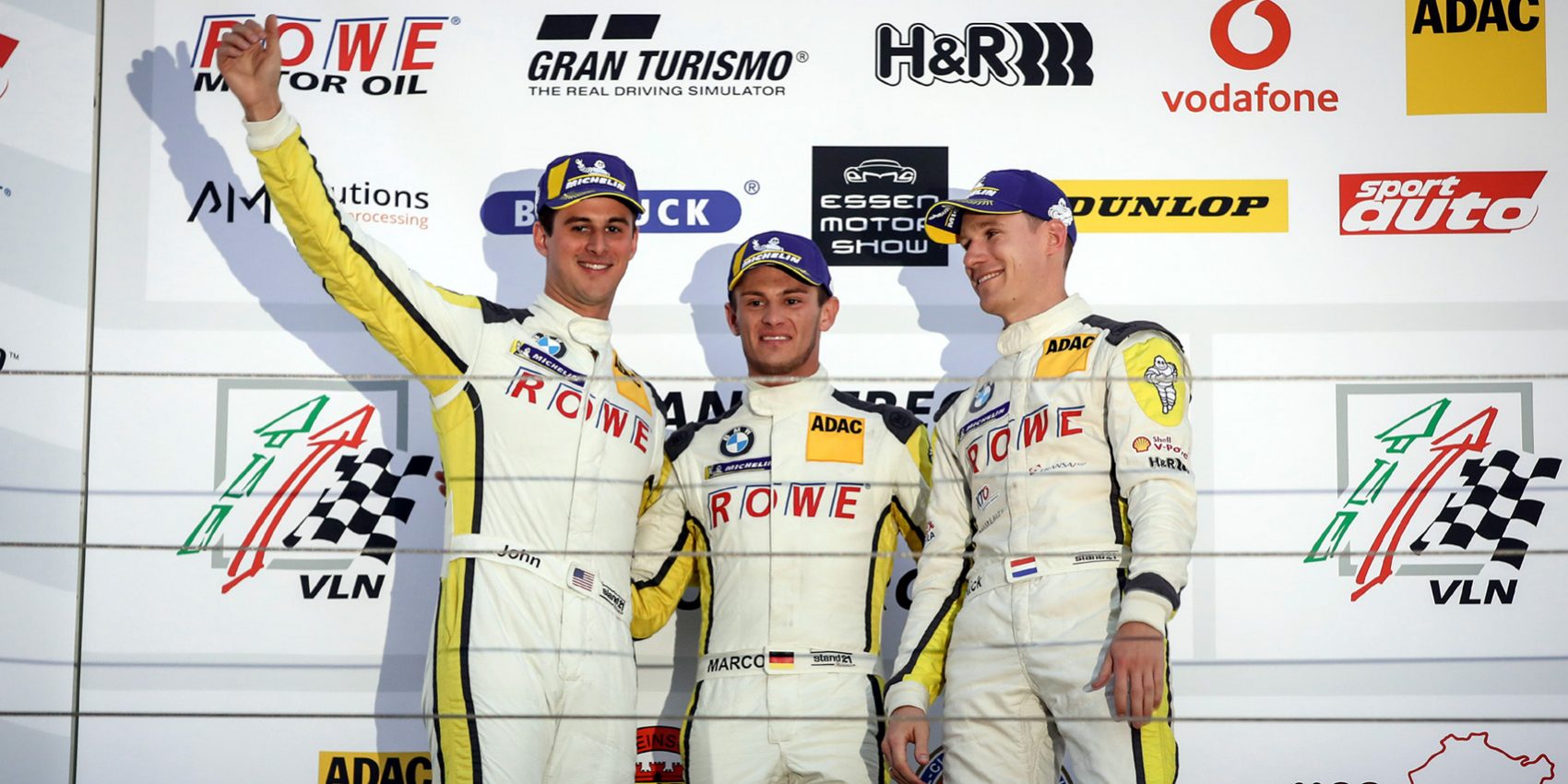 ROWE RACING kicks off 2019 season in a perfect manner: Victory and third place in an ultra-exciting race

St. Ingbert, 23rd March 2019 – ROWE RACING experienced a perfect start to the 2019 racing season at the Nordschleife. Thanks to a successful overtaking move on the 20th and final lap of the 65th ADAC Westfalenfahrt, USA BMW works driver John Edwards secured victory for the St. Ingbert squad in the maiden VLN Endurance Championship race of the year at the Nürburgring. Edwards was joined on the podium by Marco Wittmann from Germany and Nick Catsburg from the Netherlands. Their team-mates, Connor De Phillippi (USA), Tom Blomqvist (Great Britain) and ROWE RACING novice Mikkel Jensen (Denmark) also made it onto the podium by finishing third, making it a perfect day for ROWE RACING.

Following a delay of several hours due to thick fog in the Eifel Mountains, the first race day of the year had started with pole position for the #98 BMW M6 GT3, with Tom Blomqvist being the qualifying driver. John Edwards had claimed fourth grid position for the #99 crew. In the race, Connor De Phillippi took an early lead after a flawless start. Following the first driver change to Tom Blomqvist on lap six, the lead switched to two-time DTM champion Marco Wittmann in the sister car, before Tom Blomqvist regained first place after the other car’s first stop. The same change happened after the second round of driver changes from Tom Blomqvist to Mikkel Jensen in the #98 car and from Nick Catsburg to John Edwards in the #99 machine.

While Mikkel Jensen drove to third place in a mature maiden appearance for ROWE Racing and his first race at the Nordschleife in a GT3 car, John Edwards was overtaken by Porsche’s Patrick Pilet on lap 17 but managed to follow the Frenchman. Twenty three seconds before the end of the race that was shortened to 2:45 hours, both drivers started their final laps of the 25.738-kilometre GP track and legendary Nordschleife combination. It was there that Edwards was a bit faster to realise that a speed-limited Code 60 phase was lifted earlier than on the previous lap and was able to make the deciding overtaking move stick. Ultimately Edwards crossed the line with a 5.48-second lead, scoring ROWE RACING’s ninth VLN win in history.

Hans-Peter Naundorf, Team Principal ROWE RACING: “This is a super start to the season. Pole position, victory and also P3 on the podium with the second car; it couldn’t have gone any better. I hope that we can continue like that. We were competitive with both cars. All the great work from the team over the past years is paying off. The drivers did a highly professional and flawless job over the course of the weekend. This especially goes for Mikkel Jensen. This was his first race in a GT3 car at the Nordschleife, and he did everything right in difficult conditions.”

John Edwards, #99 ROWE RACING BMW M6 GT3: “On the two previous laps, we had passed this Code 60 phase at ‘Karussell’. Then, on the final lap, I saw that this area was lifted earlier, while the Porsche was warming its tyres. When the green flags came out, I accelerated straight away – and that brought us the win.”

Nick Catsburg, #99 ROWE RACING BMW M6 GT3: “The Nürburgring Nordschleife is the best circuit in the world. To win such a race here together with my boys is just great.”

Marco Wittmann, #99 ROWE RACING BMW M6 GT3: “This was a super exciting fight in the dying moments of the race; John was trailing the Porsche closely. Then we had the necessary luck in the Code 60 phase.” 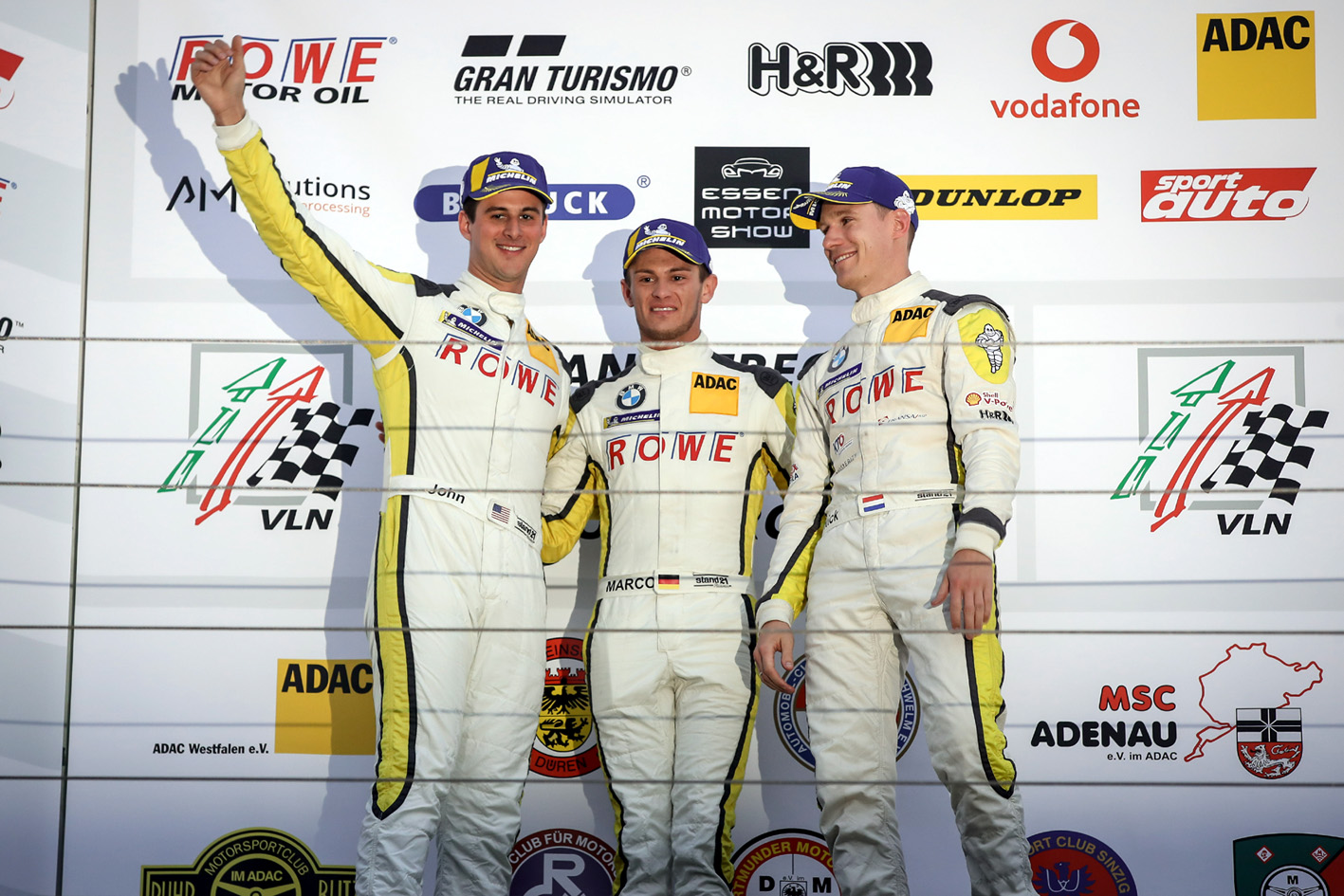 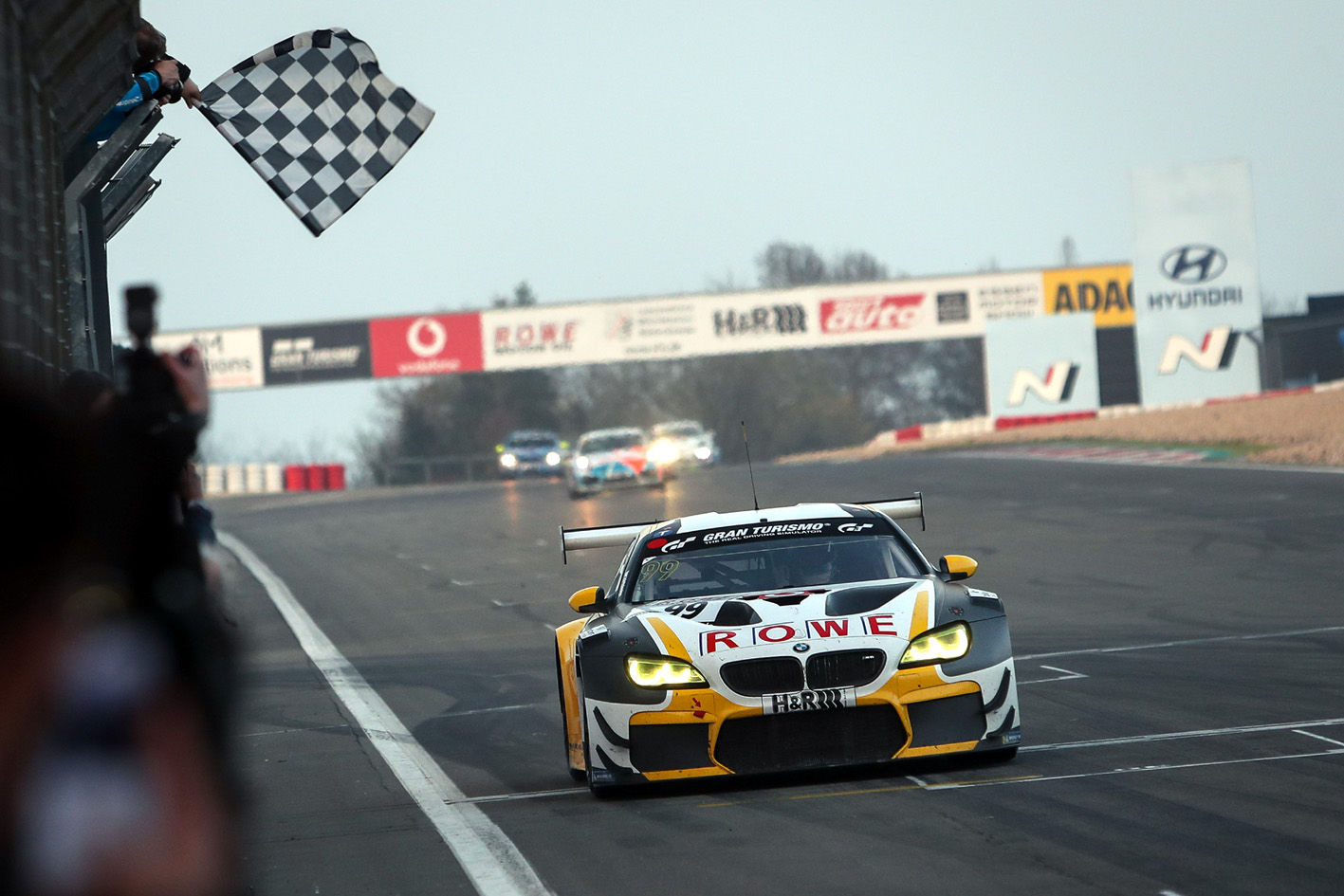 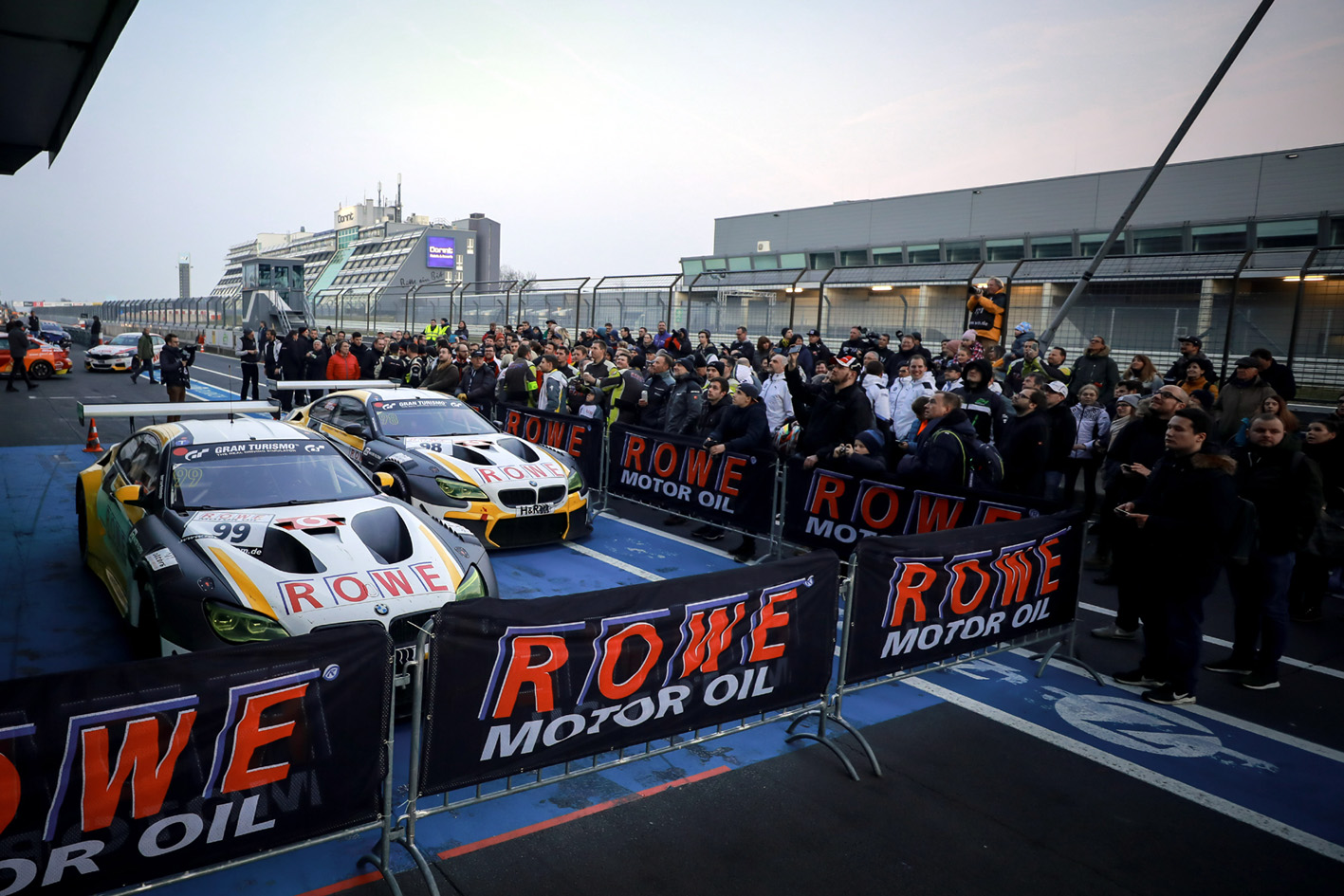