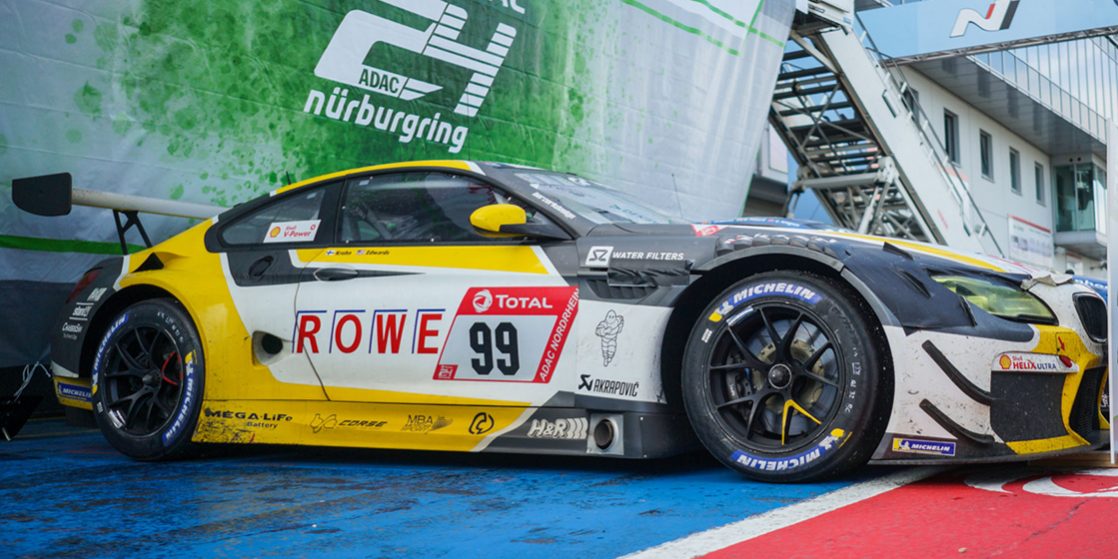 St. Ingbert, 18th June 2019 – ROWE RACING is ready to start the ride through the ‘Green Hell’. The 47th edition of the ADAC 24h race at the Nürburgring is the absolute highlight of the season on the legendary Nordschleife and the St. Ingbert team will be making a ninth attempt to win the greatest race in the world on Saturday and Sunday (22nd/23rd June), having recorded two third-places and one second-place finish thus far. After finishing first and third at the VLN season-opener, claiming fourth place in the second VLN race and securing two more podium spots by finishing second and third in the 24h qualification race, the two ROWE RACING BMW M6 GT3s are once again amongst the favourites to taste victory. One hundred and sixty cars, around 600 drivers and 200,000 spectators make the ‘Eifel marathon’ on the 25.378-kilometre combination of Nordschleife and Grand Prix circuits such a unique event.

The squad of works drivers from partner and record winner BMW Motorsport, hoping for a 20th overall win, includes eight strong, experienced drivers who will be competing for ROWE RACING and have celebrated wins and titles at major 24‑hour races and in the DTM. Austria’s Philipp Eng and Connor De Phillippi from the USA will be in the #98 BMW M6 GT3. 2017 showed that Connor De Phillippi knows how to win the 24h race at the Nürburgring. Philipp Eng, who has already celebrated his maiden DTM win this season, tasted success with ROWE RACING at the 24 Hours of Spa in 2016 and 2018. The duo will be supported by former DTM driver Tom Blomqvist from Great Britain and the speedy Dane Mikkel Jensen.

Top-level drivers will also be behind the wheel of the #99 car. Marco Wittmann was DTM champion in 2014 and 2016, while Dutch driver Nick Catsburg won the 24 Hours of Spa in 2015 and then missed out on victory with ROWE RACING at the Nürburgring by just 29 seconds in 2017, due to torrential rain in a dramatic final phase of the race. The two will be sharing driving duties with John Edwards from the USA, having already won the first VLN race of the season with him this year, and with the ‘flying Finn’ Jesse Krohn, who claimed second place in the 24h qualification race with Edwards.

This year’s convincing performances mean the two ROWE RACING BMW M6 GT3s have already qualified for the top qualifying session. This means that they will both definitely receive the coveted blue lamp, which makes lapping in a crowded field easier at night for the fastest GT3 cars, and the team can use the preceding practice and qualification slots to fine-tune the set-up and let the drivers get used to the circuit.

The big 24h weekend at the Nürburgring starts on Thursday evening (20th June) with the three-hour Qualifying 1 session from 20:30 to 23:30. Qualifying 2 takes place on Friday (21st June) from 14:55 to 16:45, before the top qualifying session between 19:00 and 19:40 that will determine who claims the prestigious pole position with individual timed laps. The warm-up lap begins at 15:10 on Saturday (22nd June), before the 47th ADAC 24h race starts at 15:30. The race will be broadcast by NITRO in its entirety until the cars cross the finish line at 15:30 on Sunday.

Hans-Peter Naundorf, ROWE RACING team principal: “It’s finally starting. The 24h race at the Nürburgring is the absolute highlight of the season and we are looking forward massively to the weekend. You can already feel the tension mounting. We have high expectations: we finally want to claim our first win at the 24h race, having missed out by seconds in 2017 and having a tiny component stand in our way last year. Our preparation has been very good, as shown by our four podiums so far this season. The overall performance of BMW underlines our ambitions. We have unbelievably strong and experienced drivers who are some of the best out there on the Nordschleife, and we know our car inside out now that we are in the fourth year of competition with it. If we do our job, we should certainly be capable of battling for the win. Securing that win on this unique circuit and with such a huge starting field is one of the most difficult tasks in the whole of motor racing. The entire race has to be error-free and you need that little bit of luck as well.”

Philipp Eng, #98 ROWE RACING BMW M6 GT3: “I am really looking forward to the race. The Nordschleife is undoubtedly the best racetrack in the world. I think that we have a very good complete package this year. Unfortunately, I was only able to drive one VLN race as preparation, but I am delighted to have such good and talented team-mates who have prepared the car perfectly for the race. We are perfectly prepared for what I think is the greatest 24-hour race in the world.”

Connor De Phillippi, #98 ROWE RACING BMW M6 GT3: “The 24h race at the Nürburgring has a very special place in my heart and it is definitely my favourite 24-hour race in our racing calendar. I am excited to be returning with BMW and ROWE RACING and we have two very strong line-ups in the #98 and #99 cars. Of course, we will be pushing our hardest and trying to fight for the victory until we see the chequered flag on Sunday.”

Nick Catsburg, #99 ROWE RACING BMW M6 GT3: “To me, the 24h race at the Nürburgring is one of the best events of the season. It’s the track I like the most. The event is extremely cool with all the surroundings and all the fans there. The BMW M6 GT3 is always great there, so we know that going into the event most likely we will be fighting for the win or the podium. So I can’t wait for the weekend to begin. It’s really the place I like the most.”

Marco Wittmann, #99 ROWE RACING BMW M6 GT3: “The 24h race at the Nürburgring is always a spectacle and a highlight with all those fans. It is simply a unique atmosphere and I am really looking forward to it. We have prepared really well and finished first and fourth in the two VLN races that I have competed in. I believe that we have a good set-up and our objective is clear: it’s time to win.” 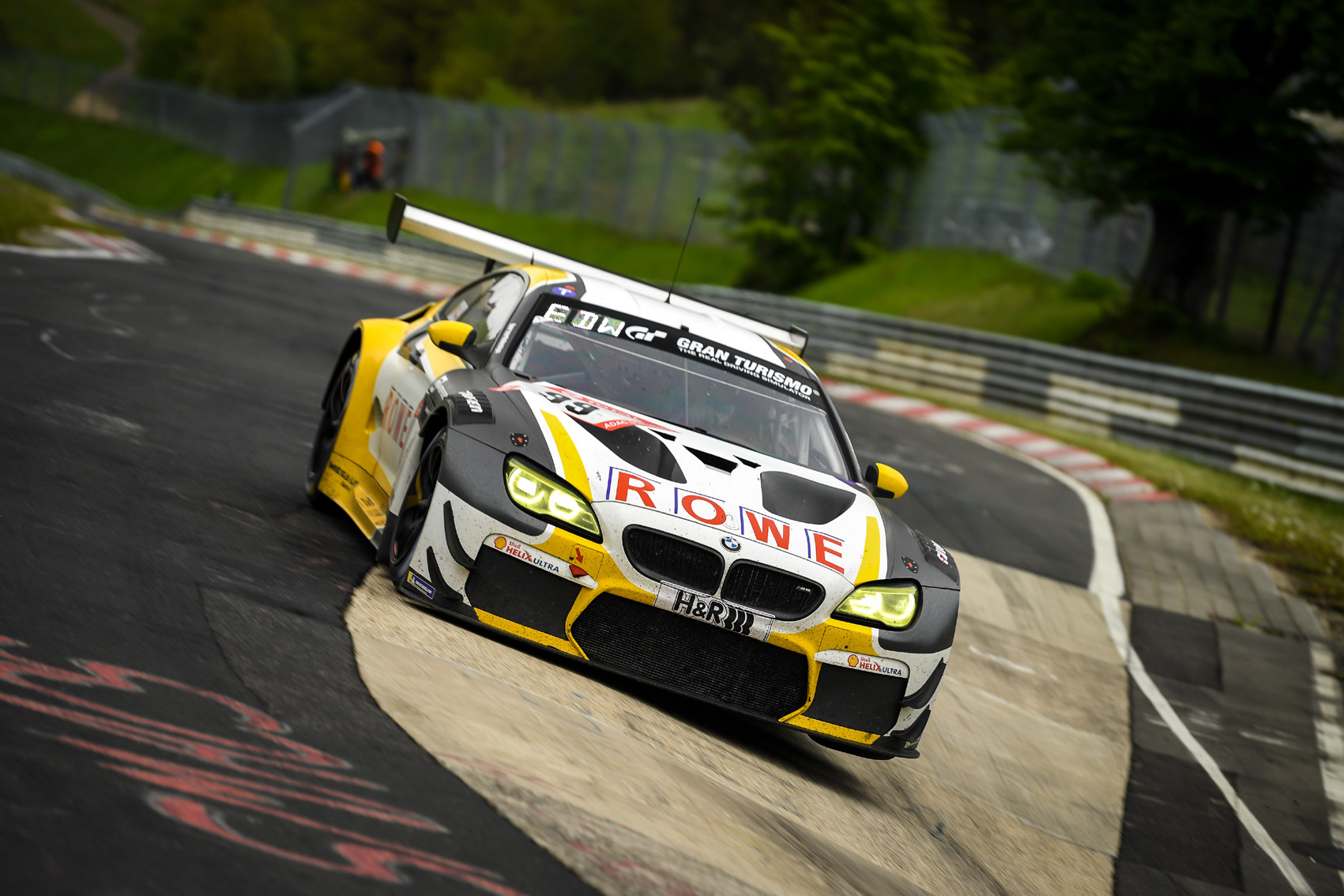 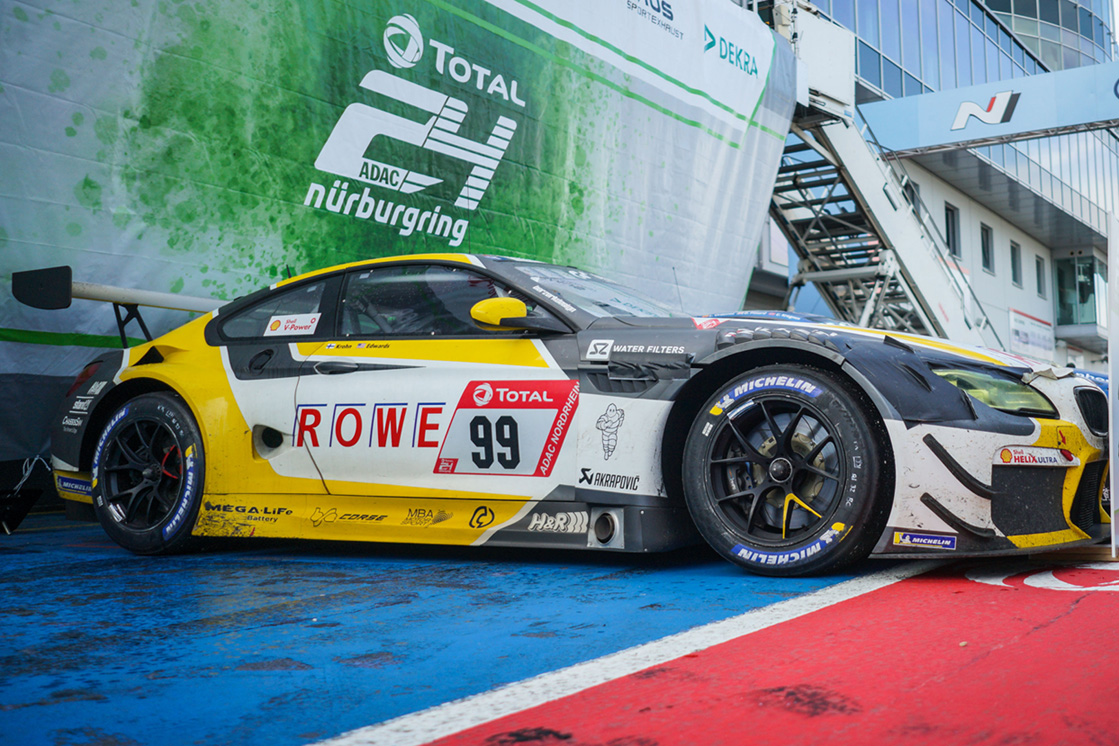 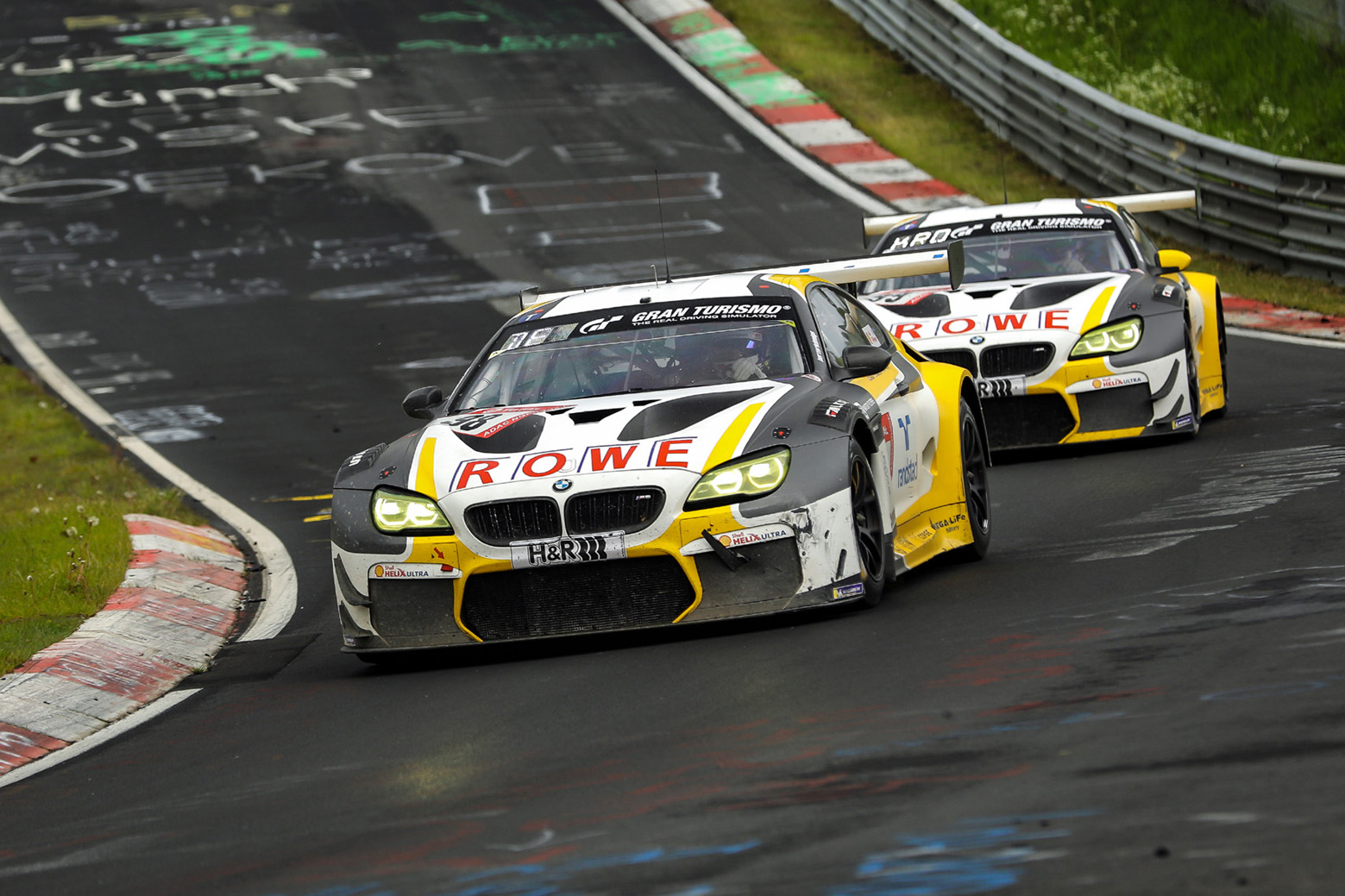