Promising position for ROWE RACING as the team set to start the 71st edition of the 24 Hours of Spa from fourth, tenth and twelfth places 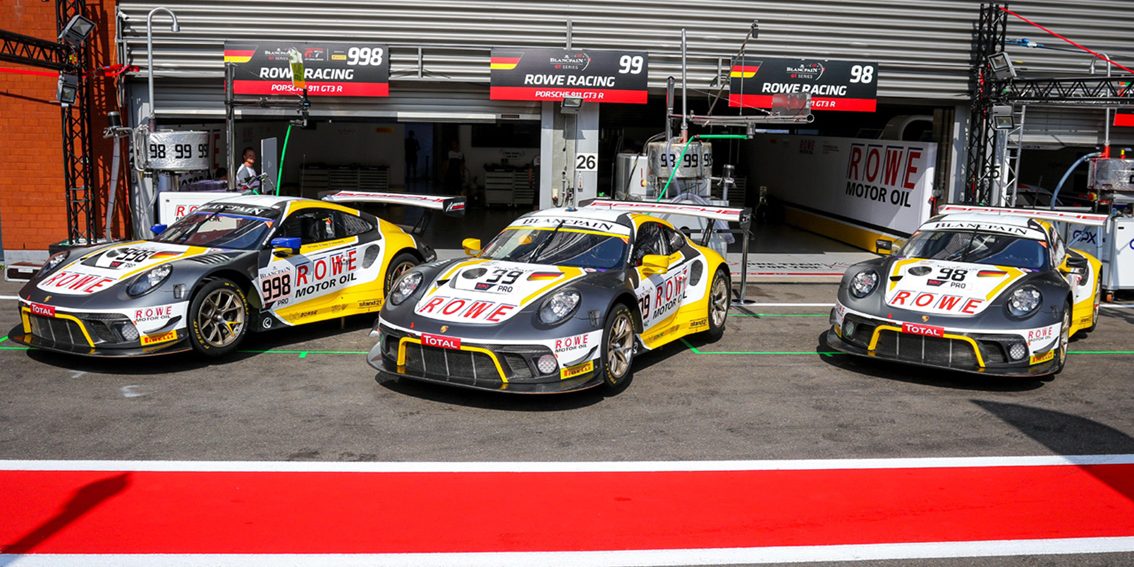 Promising position for ROWE RACING as the team set to start the 71st edition of the 24 Hours of Spa from fourth, tenth and twelfth places

St. Ingbert, 26th July 2019 – On the hunt for a second win at the 24 Hours of Spa after 2016’s triumph, ROWE RACING will be starting from fourth, tenth and twelfth positions. At the highlight of the Blancpain GT Series season on the legendary Formula 1 circuit in the Ardennes region of Belgium, Le Mans winner and Porsche works driver Nick Tandy recorded the fastest time of the three Porsche 911 GT3 Rs to secure fourth place for the team from St. Ingbert in top 20 qualifying. In the #998 car, the British driver’s time of 2:18.822 minutes was just 0.217 seconds away from securing a front-row spot and only 0.234 seconds behind pole position. In the race, Tandy will be sharing the cockpit with the two fast Frenchmen, Frédéric Makowiecki and Patrick Pilet.

The two Porsche Young Professionals Mathieu Jaminet and Dennis Olsen secured further good starting positions for the team at the 71st edition of the race that first took place in 1924. In the individual time trial, French driver Jaminet recorded a time of 2:19.027 minutes on the 7.004-kilometre circuit to claim tenth place in the #98 Porsche 911 GT3 R. In the race, he will be part of a trio with two Porsche works drivers, his compatriot Romain Dumas and Germany’s Sven Müller. Norwegian driver Olsen posted a time of 2:19.259 minutes in the #99 Porsche 911 GT3 R to claim twelfth place. In the race, he will be supported by German Porsche works driver and former DTM driver Dirk Werner, as well as Porsche Young Professional Matt Campbell from Australia.

After all three driving teams secured top 20 places in Thursday’s qualifying session, they confirmed their huge potential during the warm-up early on Friday evening. Nick Tandy had recorded the best time in the #998 car, while the team’s other two cars reached fourth and seventh places. What is probably the most competitive GT race in the world, featuring 73 cars from eleven different manufacturers, starts on Saturday (27th July) at 16:30.

Hans-Peter Naundorf, ROWE RACING team principal: “It is absolutely fantastic to reach the top 12 with all three cars. That gives us a superb starting position for the race. We just had to make some minor adjustments and optimisations to our cars for the lower temperatures in top 20 qualifying, and then everything worked really well. In the end, we only missed out by the smallest of margins. The cars that were able to complete their laps after us had a bit of an advantage. The circuit got faster towards the end, as we had expected. The weather experts have not been able to agree on a forecast for the race and don’t know if it will rain all the time, or just for half of the race. It will only be stressful if the conditions keep changing. But if you’re driving a Porsche, there is no reason not to be positive about wet conditions.”

Nick Tandy, #998 ROWE RACING Porsche 911 GT3 R: “That was great fun. It is always great to be part of a qualifying session with just the best and fastest cars taking part. A great result for my team ROWE RACING, with all three cars in the top twelve. However, I have to emphasise that qualifying is not so important for a 24-hour race. It is more important to recognise that the manufacturers and teams have done a good job.”

Mathieu Jaminet, #98 ROWE RACING Porsche 911 GT3 R: “My Super Pole was good, but unfortunately not super good. We improved in comparison to yesterday and we will be starting in the first group with the really fast cars. But that doesn’t mean so much at a 24-hour race. We still have room to improve and I am looking forward to the fight with my competitors in the race.”

Dennis Olsen, #99 ROWE RACING Porsche 911 GT3 R: “I am not satisfied with my two fast laps. Unfortunately, I was not able to get the most out of it today. The balance in Super Pole was not the same as in the warm-up and it was difficult for me to estimate how much I could push. That’s why I lost a few tenths of a second here and there. It is not the ideal situation but we are in the top 20 and of course we still have a very good chance in the 24-hour race.” 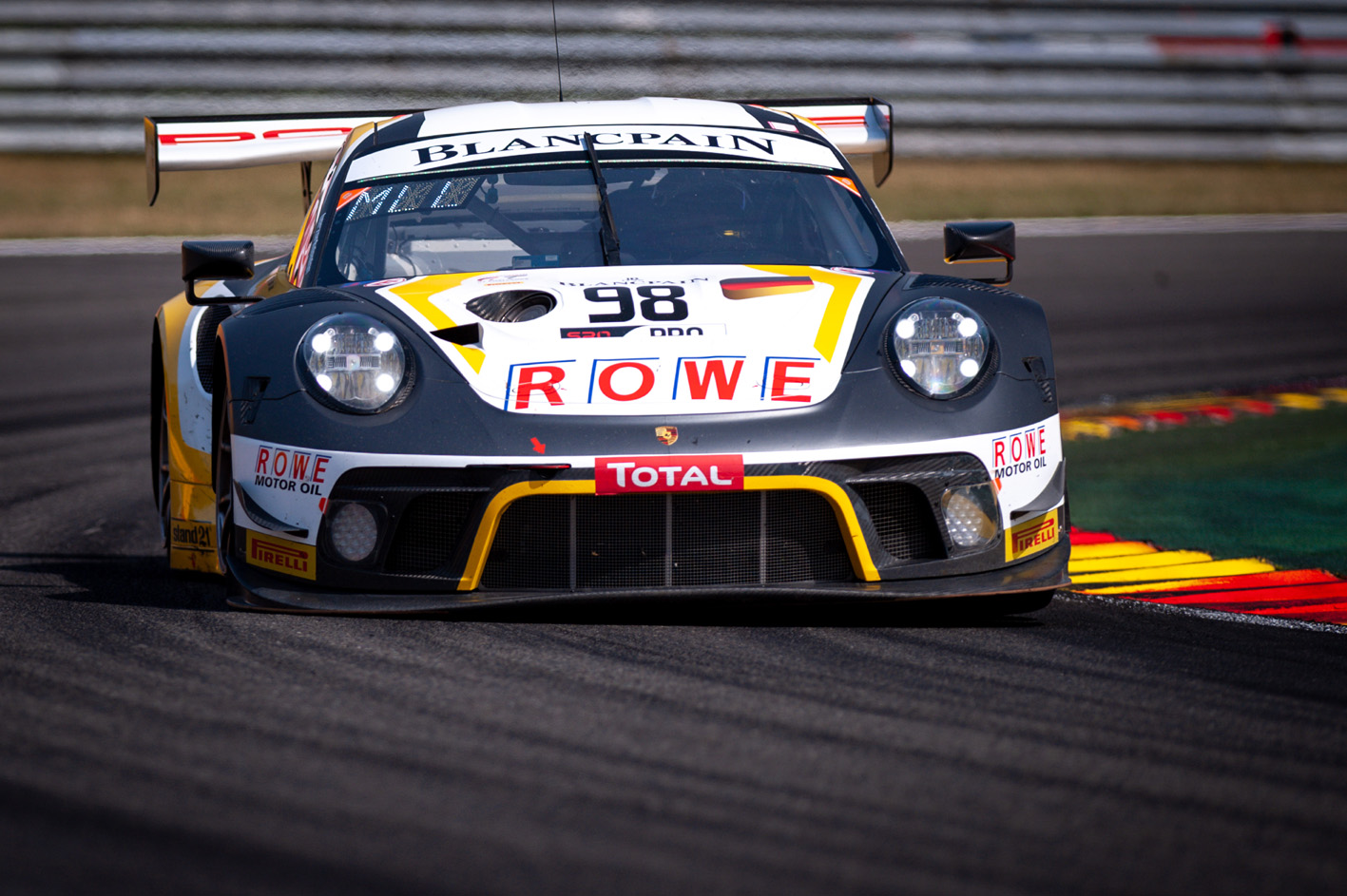 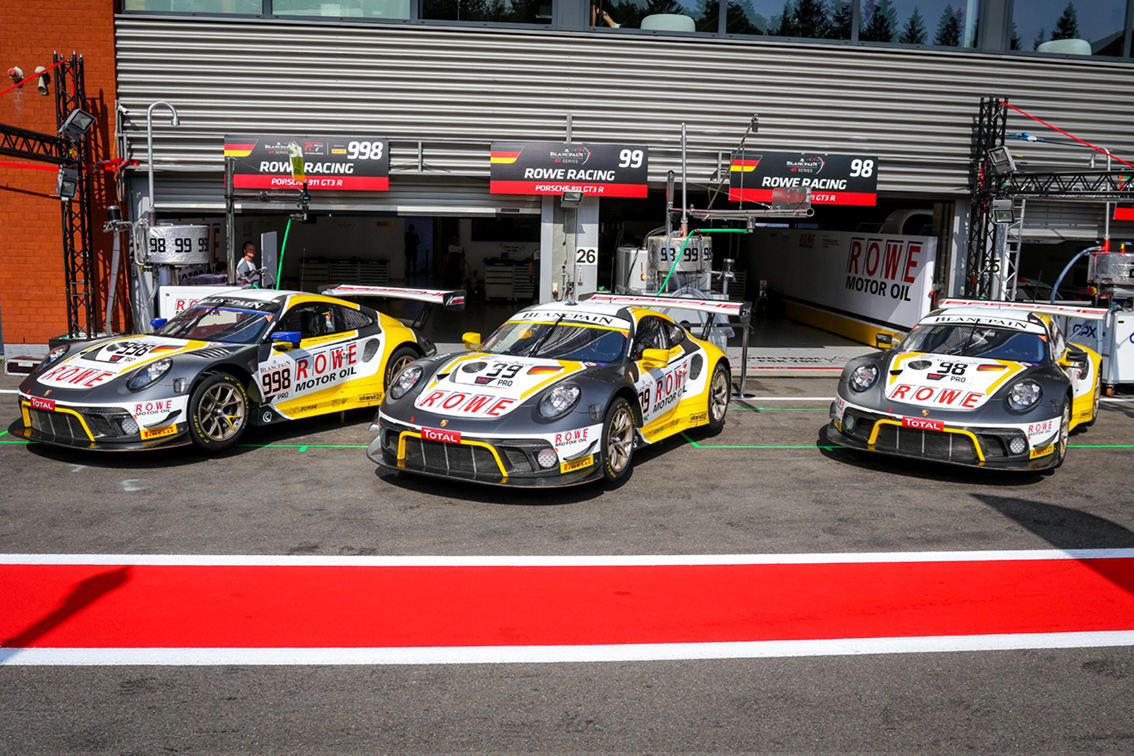 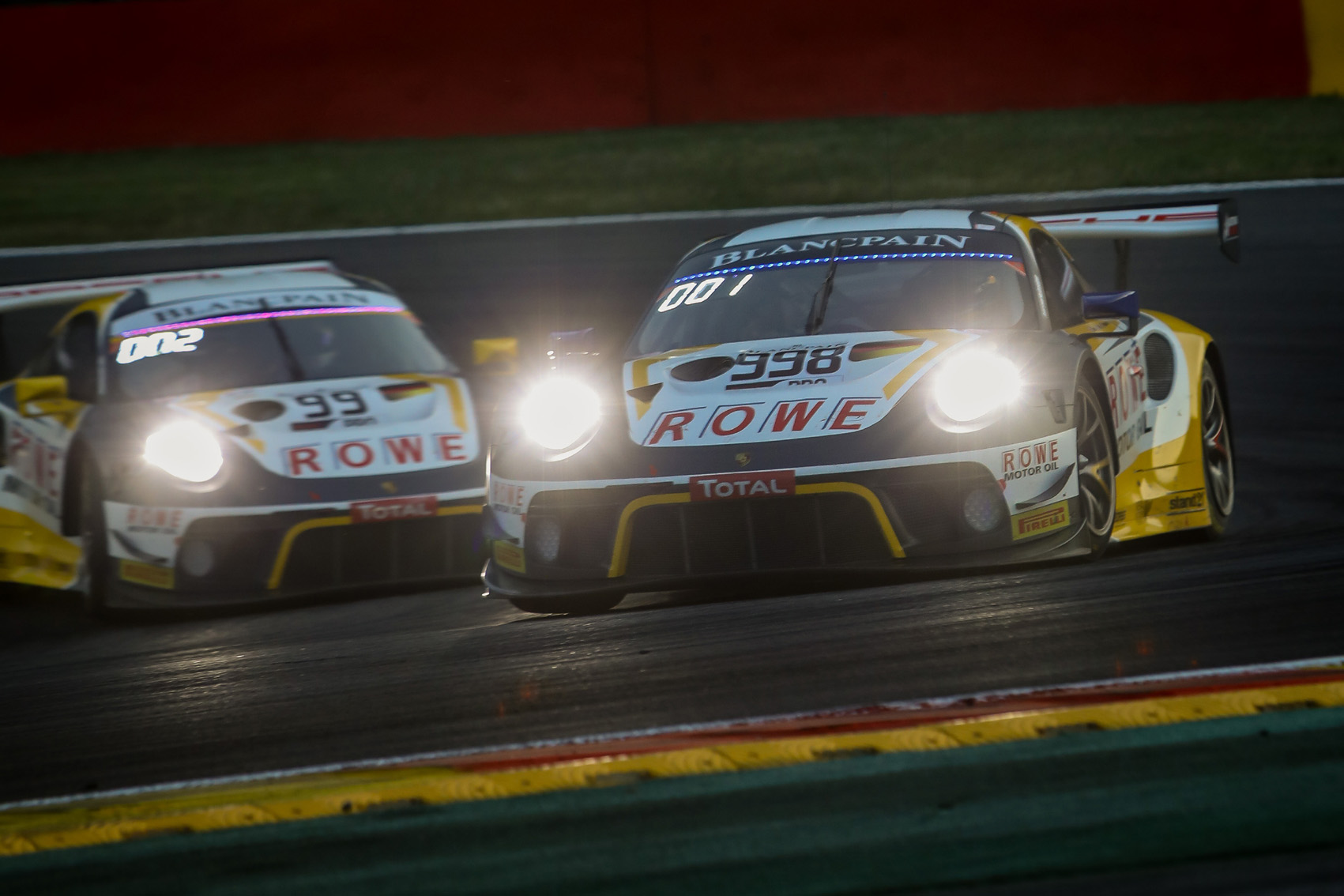