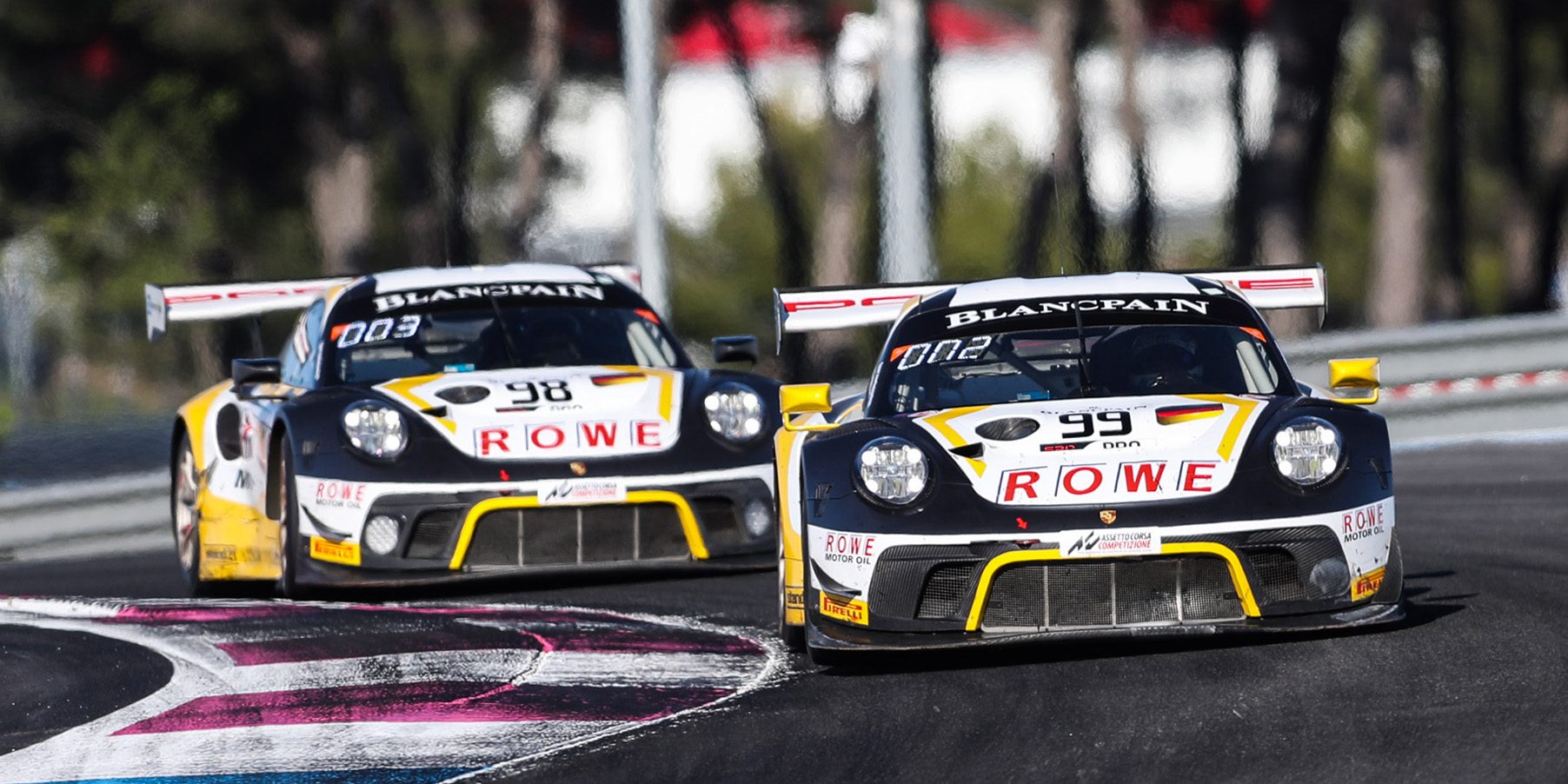 St. Ingbert, 24th September 2019 – To bring the tour of Europe’s Formula 1 tracks to a close, ROWE RACING are eager for another highlight at the finale of the Blancpain GT Series Endurance Cup. After finishing in the points at the events in Monza, Silverstone and Le Castellet, as well as the terrific performance with second, fifth and seventh places for the team’s three Porsche 911 GT3 R at the 24 Hours of Spa, the team from St. Ingbert has set itself the goal of finishing on the podium again in a shorter race when they make their appearance at the Circuit de Catalunya just outside Barcelona on Sunday (29th September).

ROWE RACING are also still in with a good chance of moving up into a top 3 position in the overall team standings of the Endurance Cup. Going into the fifth and final endurance race of the 2019 season of the Blancpain GT Series, with a haul of 54 points, the team is just one point off third place. They trail second place by eleven points, with a maximum of 26 points being up for grabs at the 4.655-kilometre track in Catalonia.

ROWE RACING will once again contest the race in Barcelona with two Porsche 911 GT3 R and are placing their trust in the two driver trios they have been using since the start of the season. The two Porsche works drivers Sven Müller of Germany and Roman Dumas of France, and the French Porsche Young Professional Mathieu Jaminet will share the work in the cockpit of the #98. Porsche works driver Dirk Werner and the two Porsche Young Professionals Dennis Olsen of Norway and Matt Campbell of Australia will be in action in the #99 sister car. Both of the driver trios have already brought home top 10 results this season, but are yet to finish on the podium. Dumas, Jaminet and Müller finished fourth in Silverstone and fifth in Spa in the #98; Campbell, Olsen and Werner recorded eighth place in Monza, fifth in Le Castellet and seventh at the 24-hour race in Spa.

The final race weekend in the 2019 season of the Blancpain GT Series Endurance Cup gets underway for the team from St. Ingbert on Saturday (28th September) with the free practice session from 10:20 to 11:50, then the 90-minute pre-qualifying is up in the afternoon, from 15:05 to 16:35. On Sunday (29th September), the starting grid will be determined for the three-hour race in the qualifying session scheduled to take place between 9:30 and 10:30, with the race getting underway at 15:00 (all times CEST).

Hans-Peter Naundorf, Team Principal ROWE RACING: “Our first Porsche season in the Blancpain GT Series has been very positive. We improved in every race and increasingly understood the car. The learning curve rose steadily, which is why we are hoping – after the insights from Spa –  for another improvement in performance at the season finale in Barcelona. The drivers and the whole team are eager to finish on the podium in a shorter race. And we could also move into a podium position in the Endurance Cup team standings. That would be another highlight and a fantastic end to this year, in which our results confirmed that it was the right decision to contest the Blancpain GT Series Endurance Cup season with Porsche. They have also shown that the Porsche 911 GT3 R is a car with which you can drive for the overall win in this series.” 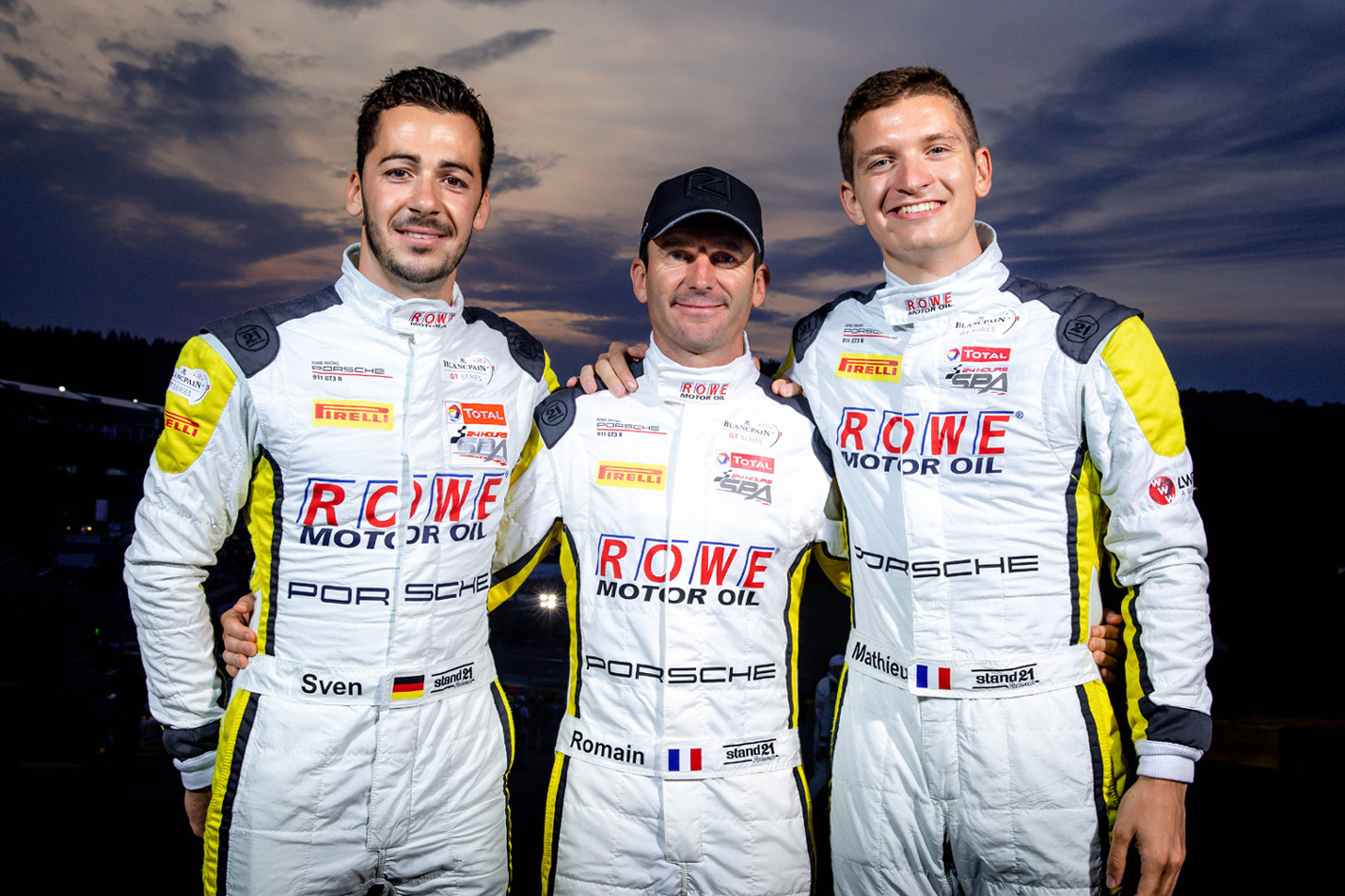 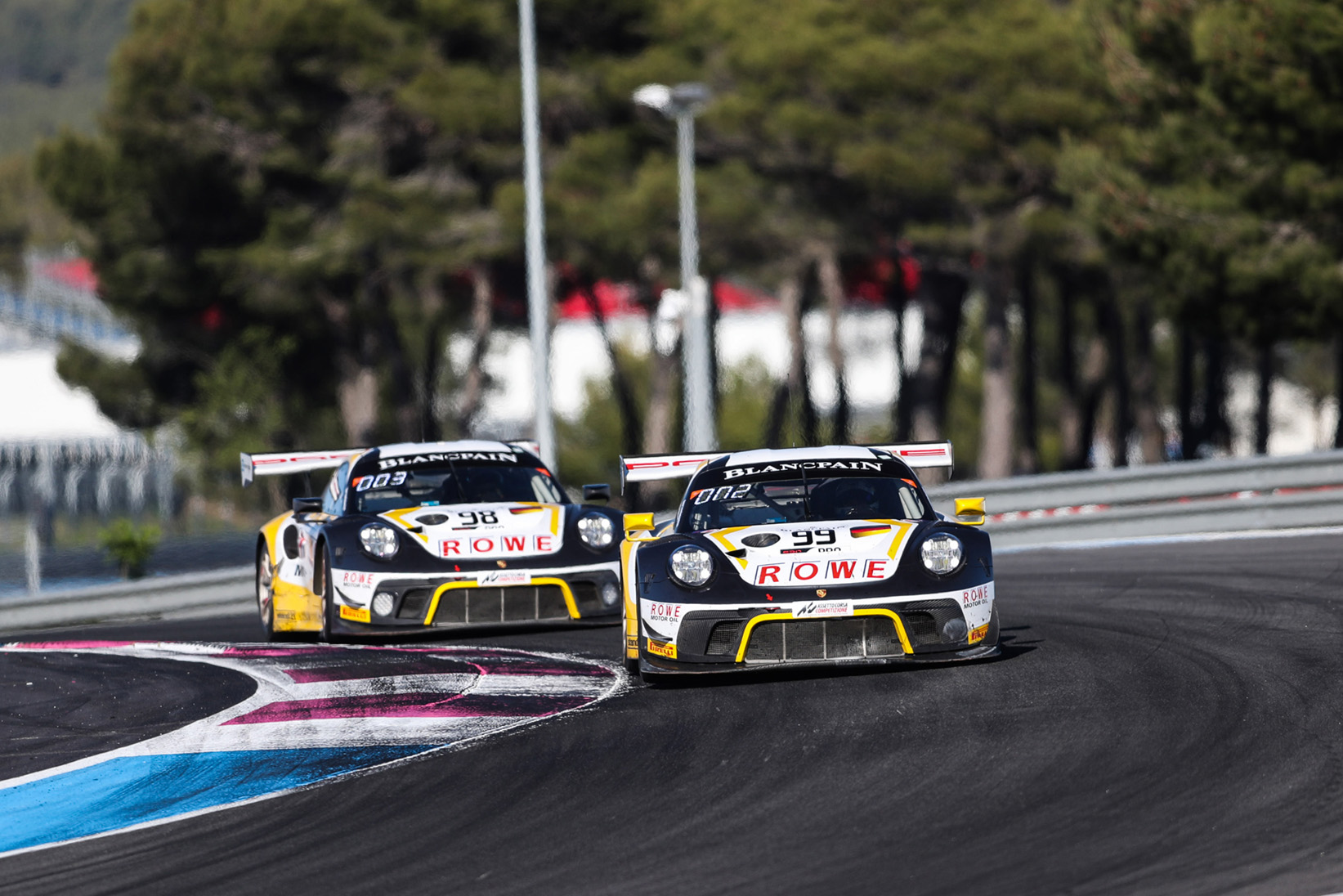 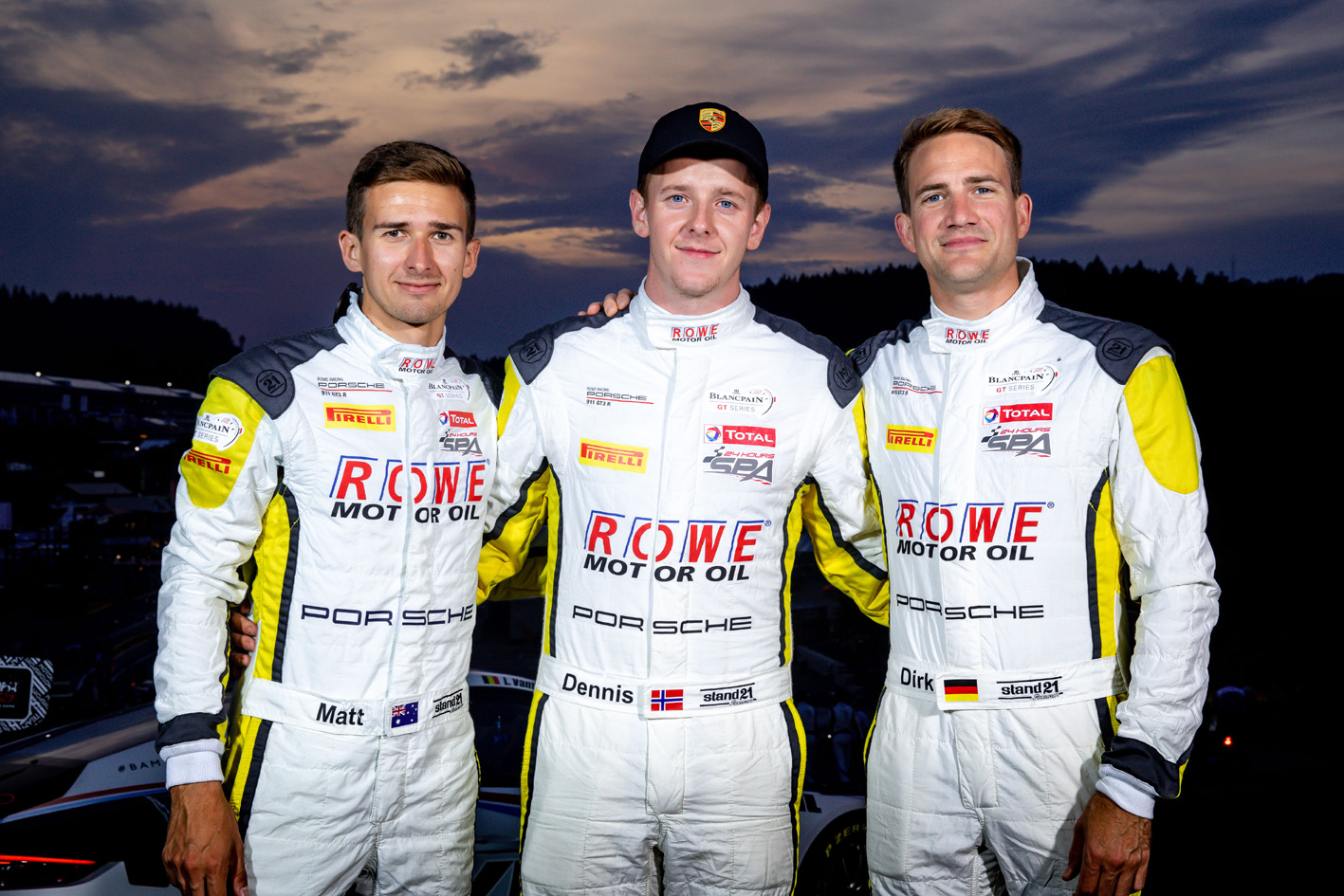