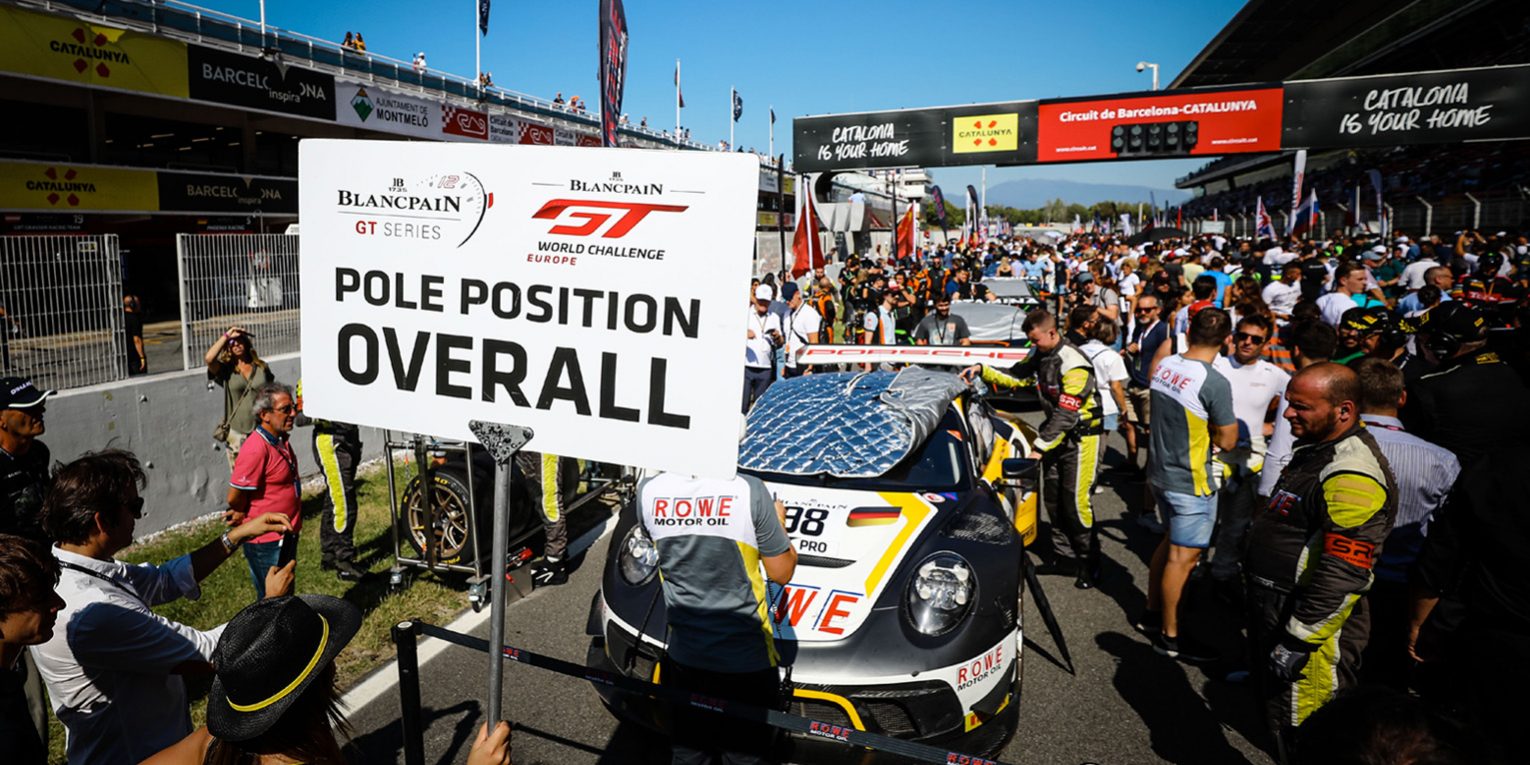 St. Ingbert, 29th September 2019 – ROWE RACING crowned an impressive first season with Porsche in the Blancpain GT Series Endurance Cup by finishing on the podium in the Team competition. Porsche works drivers Sven Müller (Germany) and Romain Dumas (France), and Porsche Young Professional Mathieu Jaminet (France) lined up in the #98 Porsche 911 GT3 R at the season finale at the Circuit de Catalunya, on the outskirts of Barcelona. The trio first secured a maiden pole position in the Blancpain GT Series for the team from St. Ingbert on Sunday morning. In the race, they finished sixth after three eventful hours of racing and a questionable drive-through penalty. This was enough to elevate ROWE RACING into third place in the Team competition with 65 points – two more than the fourth-placed team.

In its first season with the new Porsche 911 GT3 R, ROWE RACING has finished in the top ten, and thus in the points, in all five Blancpain GT Series Endurance Cup races at the European Formula 1 circuits in Monza, Silverstone, Le Castellet, Spa and Barcelona. The absolute highlight of the year were the second, fifth and seventh places at the 24 Hours of Spa, where the team unusually ran three cars. Pole position in Barcelona, with an advantage of 55 hundredths of a second, was a great end to the season.

A drive-through penalty after just over half the race prevented a possible podium finish in a race dominated by many incidents and safety car phases. Start driver Sven Müller was involved in some tough battles from the word go, and handed the #98 Porsche 911 GT3 R over to Romain Dumas in second place. The Frenchman then ran third for a long stretch of the race. The #99 ROWE RACING car, with Porsche works driver Dirk Werner (Germany) and Porsche Young Professionals Dennis Olsen (Norway) and Matt Campbell (Australia) at the wheel, had started the race from ninth place. However, it ended up in a gravel bed after contact with a lapped car whilst running eight, resulting in the trio having to retire from the race. Shortly after came another setback – this time for the #98. After much discussion, race control gave Romain Dumas a drive-through penalty: In their opinion, he had driven outside the indicated “Fast Lane” when exiting the pit lane.

After the additional trip through the pit lane, and the second driver changeover to Mathieu Jaminet, the #98 found itself down in 24th place. However, the Frenchman produced a flawless performance in the final hour of the race, patiently gaining place after place until he was back in the points. Mistakes from a number of rivals in the hectic final stages of the race allowed him to climb into sixth place and give ROWE RACING the third place in the Team competition that they had been aiming for.

Hans-Peter Naundorf, Team Principal ROWE RACING: “We achieved our goal of a podium in the Team competition in the Endurance Cup, and are very proud of a superb season. Our team has done a fantastic job in this first year with the new Porsche 911 GT3 R and the new drivers. They have all improved from race to race. The fact that we secured the first ever pole position for ROWE RACING in the Blancpain GT Series at the season finale just goes to underline the great potential and is a great affirmation for the drivers of the #98 car. As far as their performance is concerned, those three guys also deserved a podium finish in the race. However, that was denied by a drive-through penalty, which we cannot fully understand. It is not the first time this year that two cars have exited the pit lane next to each other. In the end, it was at least good enough for sixth place and third in the Team competition. It was a shame for the #99 that they crashed out after a misunderstanding with a lapped car.” 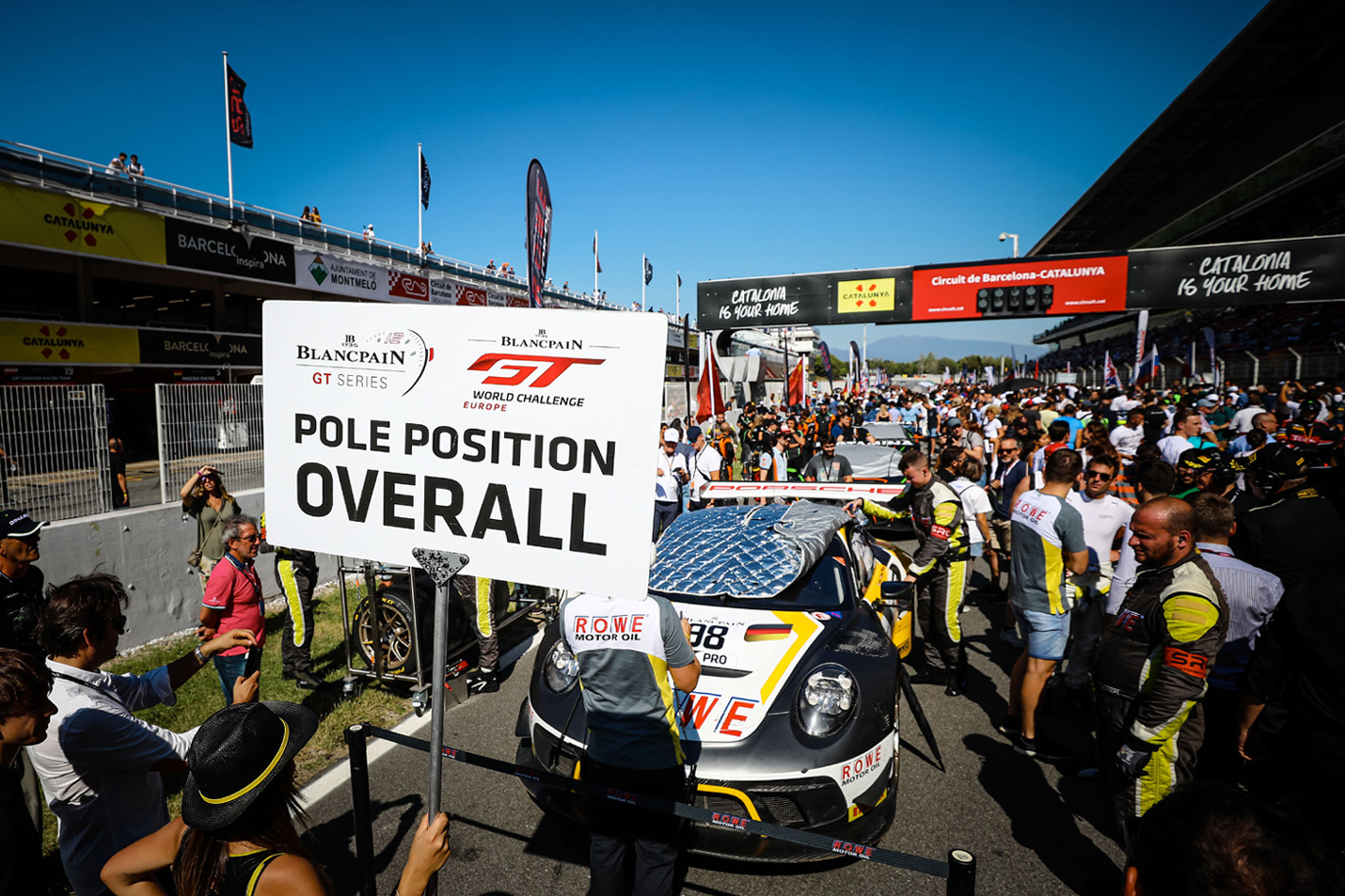 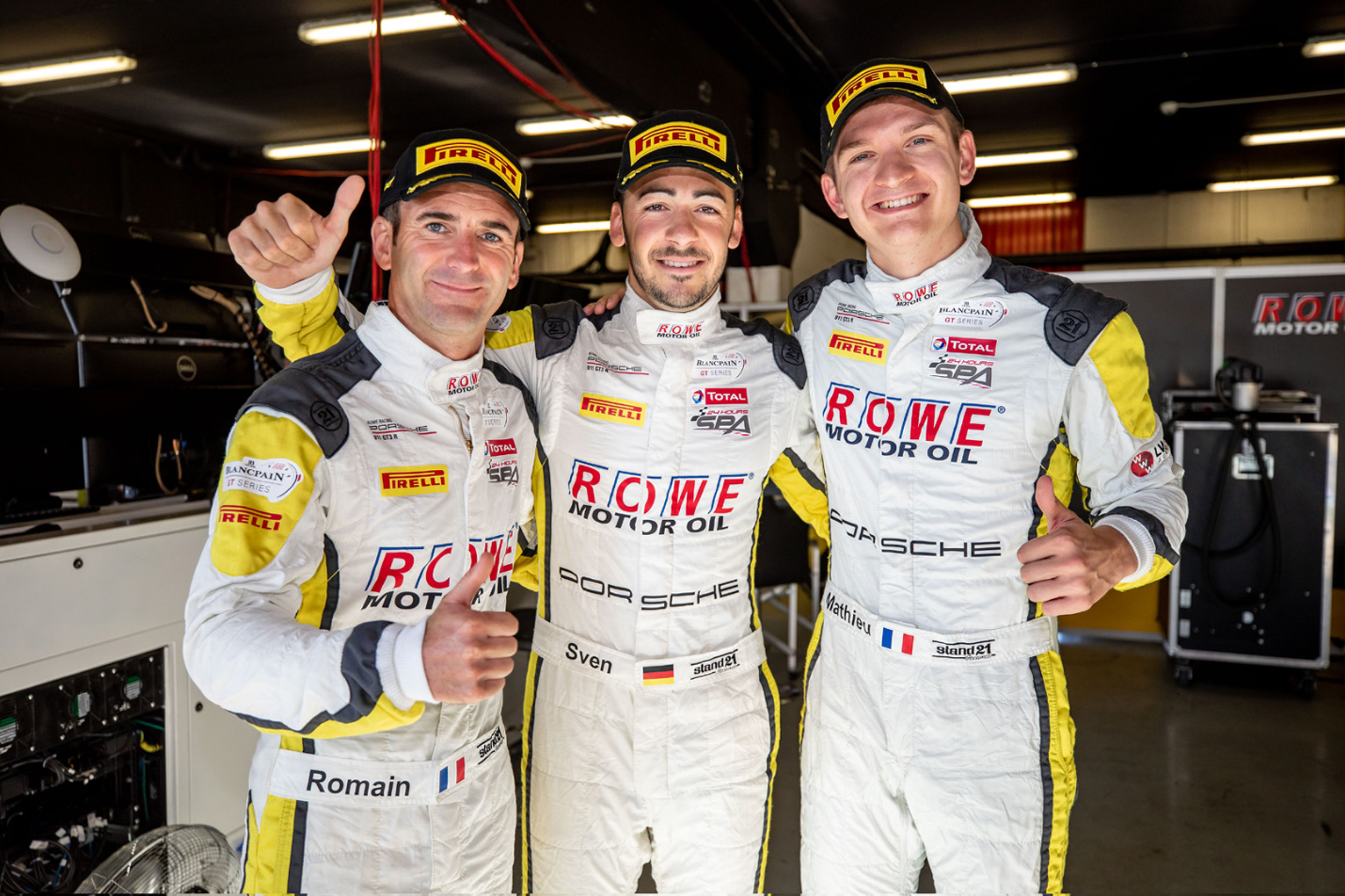