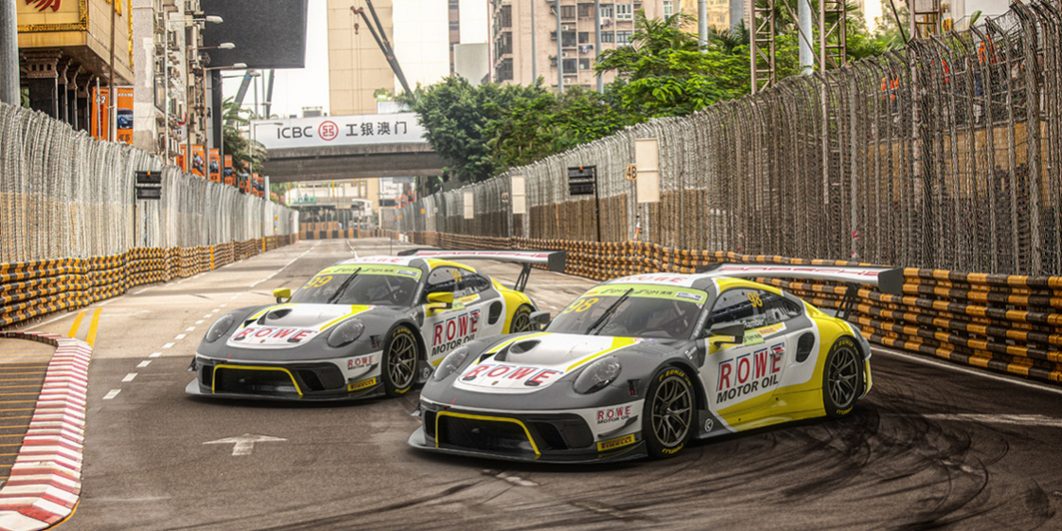 St. Ingbert, 12th November 2019 – Season finale on the big stage: ROWE RACING will contest the famous FIA GT World Cup this Sunday (17th November) in the former Portuguese colony of Macau for the third time following appearances in 2016 and 2017. The St. Ingbert team will compete with two Porsche 911 GT3 Rs on the spectacular street circuit in the gamblers’ paradise on the South China coast and draw the successful 2019 season to a close with another highlight. With two rapid Porsche works drivers, Earl Bamber and Laurens Vanthoor who will debut for the team, ROWE RACING is one of the promising contenders in the top-class starting field bidding for the world champion crown in GT racing.

Belgium’s Laurens Vanthoor is one of four drivers to have won the title since the iconic GT race was upgraded to the FIA GT World Cup in 2015 – and more spectacularly than any other driver. In 2016, while in the lead Vanthoor skidded a hundred metres on the roof of his car after a high-speed rollover, causing the race to be aborted. As the race was then classified in the order of the previous lap, Vanthoor still had reason to celebrate. The Belgian would love to repeat that success on his debut for ROWE RACING in the #99 Porsche 911 GT3 R.

Vanthoor’s direct rival back then, Earl Bamber, has been one of his best friends since that day and is now his team-mate. The New Zealander has been a Porsche works driver alongside Vanthoor for many years, and the two drivers spend a lot of time together with their families away from the racetrack. They even sell their own merchandise under the label #BamThor. A few weeks ago, the duo celebrated winning the title in the GTLM class of the IMSA WeatherTech SportsCar Championship in North America. Like Vanthoor, two-time Le Mans winner Bamber will also be making his fifth appearance on the notorious Guia Circuit and after two fourth-places in 2016 and 2018, is eager to finish on the podium for the first time in the ROWE RACING #98 Porsche 911 GT3 R.

The Circuito da Guia, as it is called in Portuguese, is a 6.120-kilometre asphalt strip between crash barriers with a total of 22 turns and countless bumps. At its narrowest point, the track is just seven metres wide. There are very few overtaking opportunities and the heat and high humidity make life difficult for both drivers and mechanics. On top of this is the top-class competition again this year. The 17 drivers from twelve nations include, in addition to Laurens Vanthoor, the other three previous winners: Maro Engel of Germany, Italy’s Edoardo Mortara and Brazilian Augusto Farfus. All three former DTM drivers are proven Macau experts who have enjoyed multiple successes at the legendary Grand Prix in GT cars, Formula 3 racers and touring cars.

Laurens Vanthoor and Earl Bamber will be supported at the track in gamblers’ paradise by more than 100 guests of ROWE MINERALÖLWERK GMBH, which has many customers and partners in the Asian region. Traditionally, drivers do not have much time to get used to the track. Only two 30-minute free practice sessions are scheduled, one on Thursday and one on Friday, before the 30-minute qualifying session gets underway at 16:10 local time (9:10 CET) on Friday afternoon (15th November). This will decide the starting grid for a qualifying race of 12 laps on Saturday (16th November) at 13:05 local time (6:05 CET). The main 18 lap race gets underway at 12:25 local time (5:25 CET) on Sunday (17th November). ROWE RACING fans can follow the spectacular action on the livestream on the home pages www.rowe-mineraloel.com/rowe/engagements/rowe-sports/motorsport or www.sportsponsoringrowe.com.

Hans-Peter Naundorf, Team Principal ROWE RACING: “The start at the FIA GT World Cup in Macau is another highlight for our team and a great way to end a remarkable year. We have the opportunity to bid farewell to our fans as we head into the well-earned winter break with a sporting treat. With our Porsche 911 GT3 R and the two Porsche works drivers Earl Bamber and Laurens Vanthoor, who know the track, processes and characteristics in Macau inside out, we should be in with a good chance of being up there battling for one of the spots on the podium or the title in the top-class starting field with all four previous world champions. The team will be supported by more than 100 guests of ROWE MINERALÖLWERK GMBH, who will get up close and personal with the drivers and our whole team.”

Earl Bamber, #98 ROWE RACING Porsche 911 GT3 R: “I’m looking forward to competing for ROWE RACING with Laurens. We’d like to add another chapter to our #BamThor story. We work well despite the fact that we’re completely different, yet, we have a very close friendship, which goes far beyond our joint commitments as Porsche works drivers. I had a very fast car last year, especially in the race, but there was no chance to overtake on this tight and fast circuit, which prevented me from getting to the very front. This year we need to do everything we can to achieve a better grid position in qualifying.”

Laurens Vanthoor, #99 ROWE RACING Porsche 911 GT3 R: “Earl and I have the utmost respect for each other. We talk openly about everything, there are no secrets between us. Of course we both have the typical racing driver gene. Each of us wants to be the fastest. But in our partnership, such competitive thinking plays no role. There’s no room for ego trips. We both have our strengths. If we can fully utilise these strengths, then we’ll both be all the more successful. I’m confident that we’ll be strong on the Guia Circuit and I’ll finally manage to get back on the podium.” 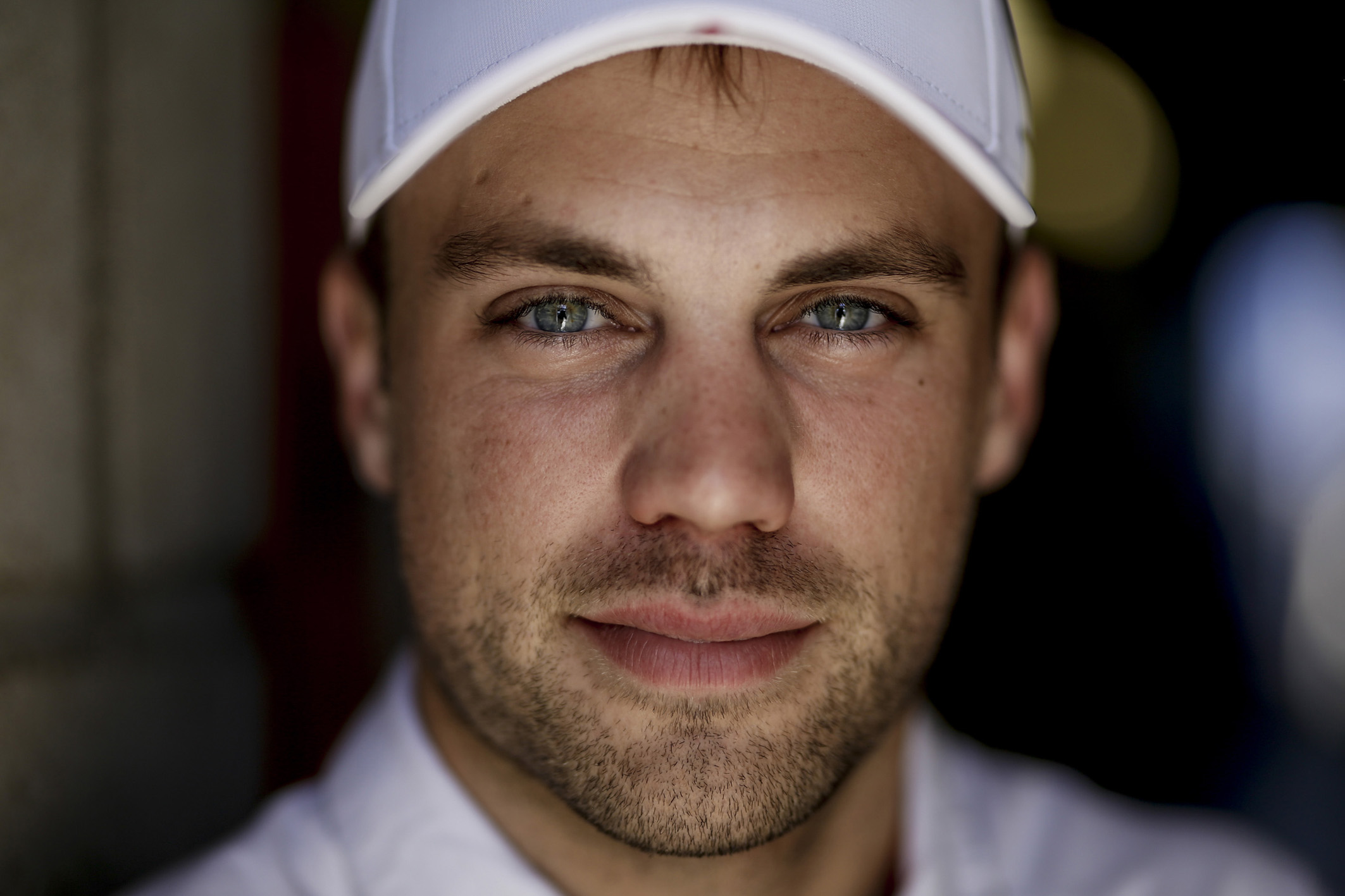 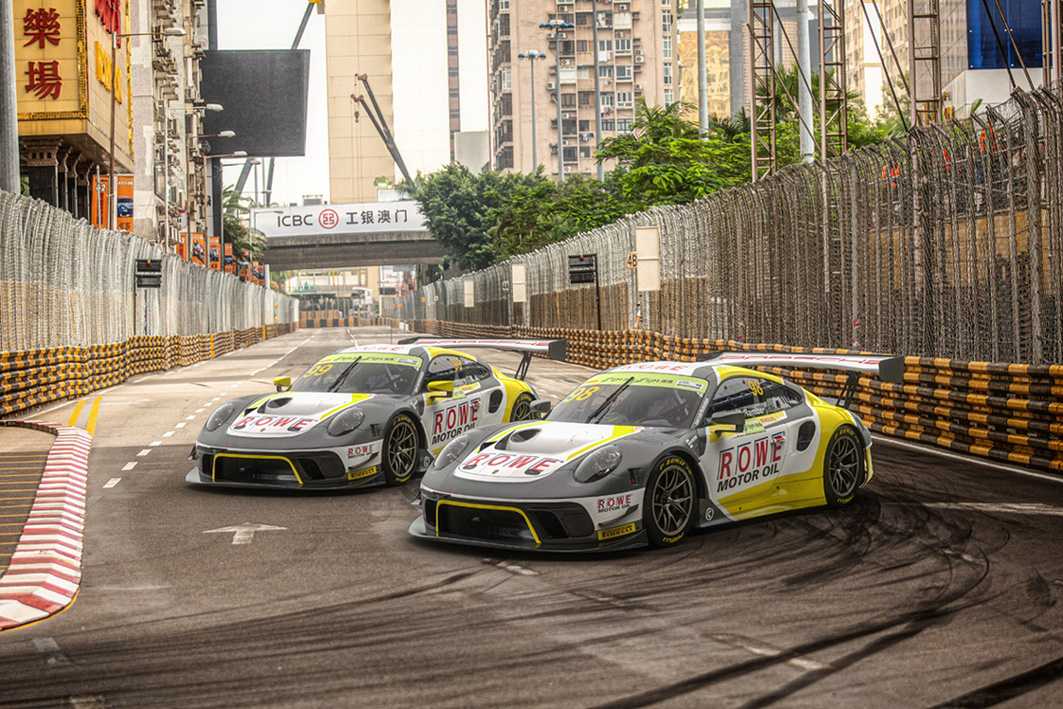 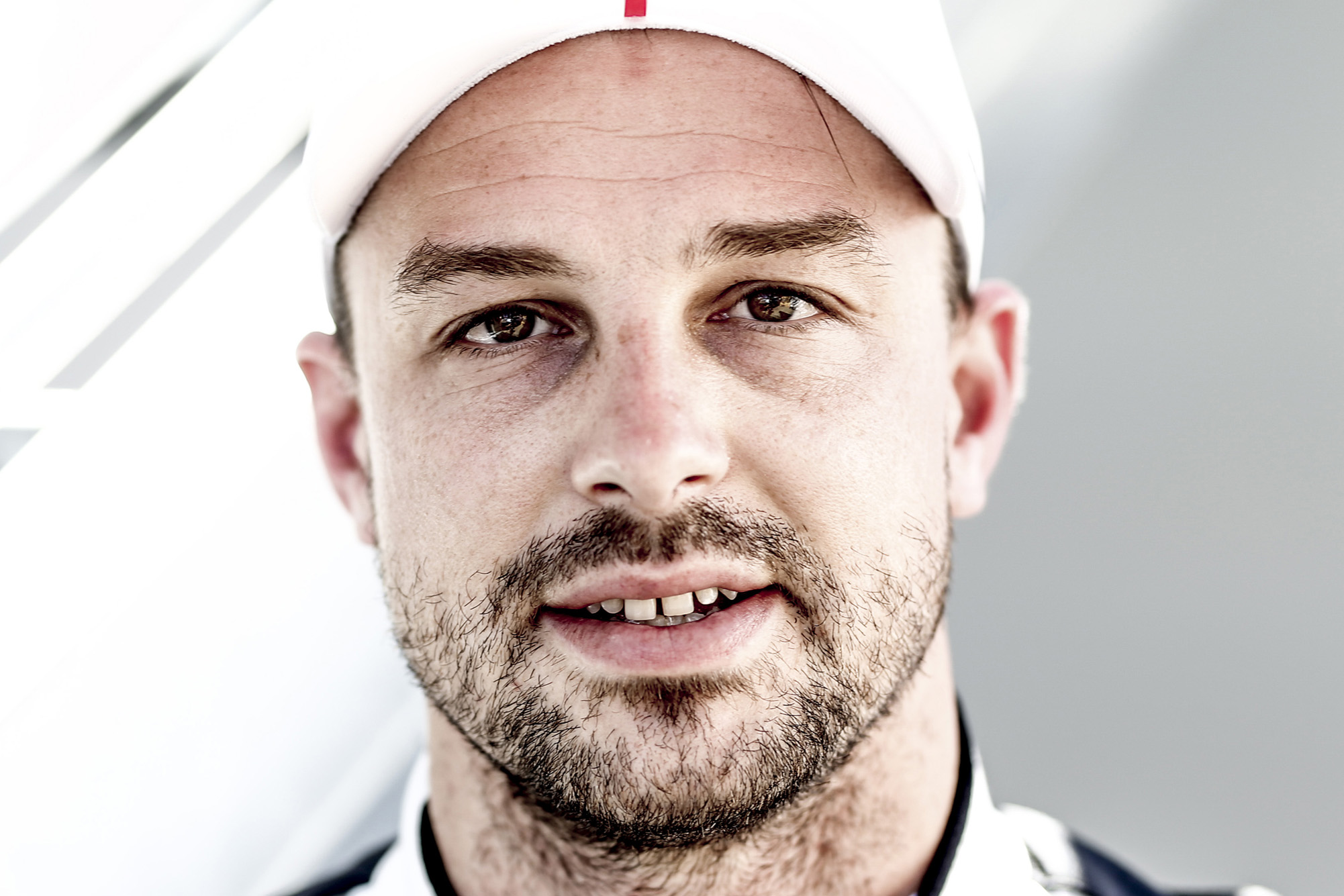