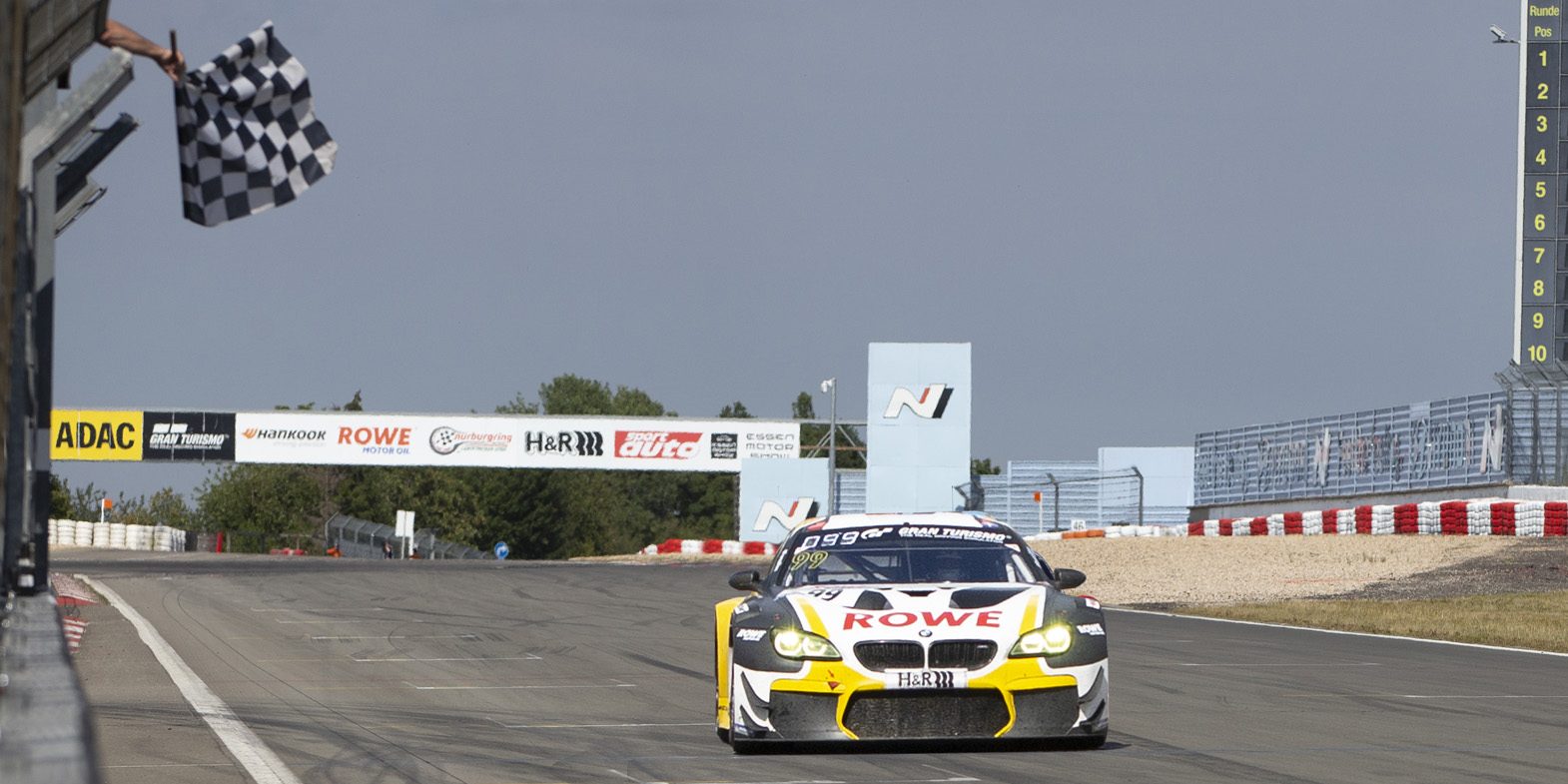 St. Ingbert, 1st August 2020 – ‘Flying Dutchmen’ Nick Catsburg and Stef Dusseldorp marked their reunion with victory number one of the season for ROWE RACING. Like the St. Ingbert team, the two Dutchmen delivered a flawless performance in the #99 BMW M6 GT3 to win the 43rd RCM DMV Grenzlandrennen on the Nürburgring-Nordschleife – round four of this season’s Nürburgring Endurance Series (NLS).

BMW works driver Nick Catsburg set the foundations for their subsequent success with a fine display in Saturday morning’s qualifying, which took place in the Eifel rain. Perfect timing from the team and Catsburg’s renowned quality in the wet earned the Dutch duo third place on the grid – a position they maintained at the start of the race on slicks, despite the track still being damp. Shortly before the end of lap one, they briefly conceded third place to a rival on different tyres. When they had to come into the pits after four laps, Catsburg regained third place. He was still running third at the end of lap seven, when he handed the #99 BMW M6 GT3 over to Stef Dusseldorp, with whom he last drove together for ROWE RACING in 2016. The returnee immediately overtook two cars on his first lap and went on to take the lead for the first time on lap 13 following pit stops for the opposition.

Catsburg returned to the wheel at the end of lap 15 and initially rejoined the race in third place. However, he was able to stay out for three laps longer than the two cars ahead of him and, after the final round of pit stops on lap 23, held an 18‑second lead, which he brought home in style. Nick Catsburg’s fastest lap of the race saw him extend his lead to 21.877 seconds before he crossed the finish line to take victory. For Stef Dusseldorp, this was a second podium in a row for ROWE RACING, having finished runner-up last time out – in the VLN on 8th October 2016.

For ROWE RACING, the first win of the season was the perfect way to warm up for the team’s ‘home race’[. After a short summer break, the ROWE 6 Stunden ADAC Ruhr-Pokal-Rennen will take place on the Nordschleife on 29th August. This also represents the dress rehearsal for the 48th ADAC 24h Race on 26th/27th September.

Hans-Peter Naundorf, Team Principal ROWE RACING: “We are delighted and really satisfied after our first win of the season. We struggled at first in the opening races on the Nordschleife, but have since improved consistently. Today’s win may have looked a bit easy, but the changing track conditions made it very difficult. We really wanted to get a good start position on the front two rows of the grid, and Nick Catsburg and the team did a great job of making that happen in the rain. The start, with slicks on a damp track, was very difficult, but Nick Catsburg did superbly. First he avoided taking too many risks, then he made up a lot of time. Stef Dusseldorp did a marvellous job, pulling off two important overtaking manoeuvres on his first lap out on the track, and then making up a lot of ground on the leaders. In the end, our two Dutchmen cruised home, which was definitely not as easy as it may have looked, with temperatures around 30 degrees in the final stages. A big thank you goes to the team, which has mastered the first part of this strenuous season superbly. The safety and hygiene measures introduced due to the COVID-19 pandemic have made for unusual and difficult conditions, however, when you are able to celebrate a success like today’s, everyone in the team has a lot of fun. We hope we can carry this momentum into the highlights of the season after the short summer break.”

Nick Catsburg, #99 ROWE RACING BMW M6 GT3: “That was not a bad race at all. We had difficult weather conditions at the start and the tyre selection was not easy, as the track was still wet. Despite that, almost everyone started on slicks. I just wanted to keep the car on the track at the start. Stef did a great job after the first changeover, and I just had to hold on to first place in the end. I really enjoyed the closing stages.”

Stef Dusseldorp, #99 ROWE RACING BMW M6 GT3: “Nick was superb at the start. I took over for the second stint and was close to a Mercedes and a Porsche, which I promptly overtook with a bit of luck on my first lap. The car was great to drive and the tyres worked well.” 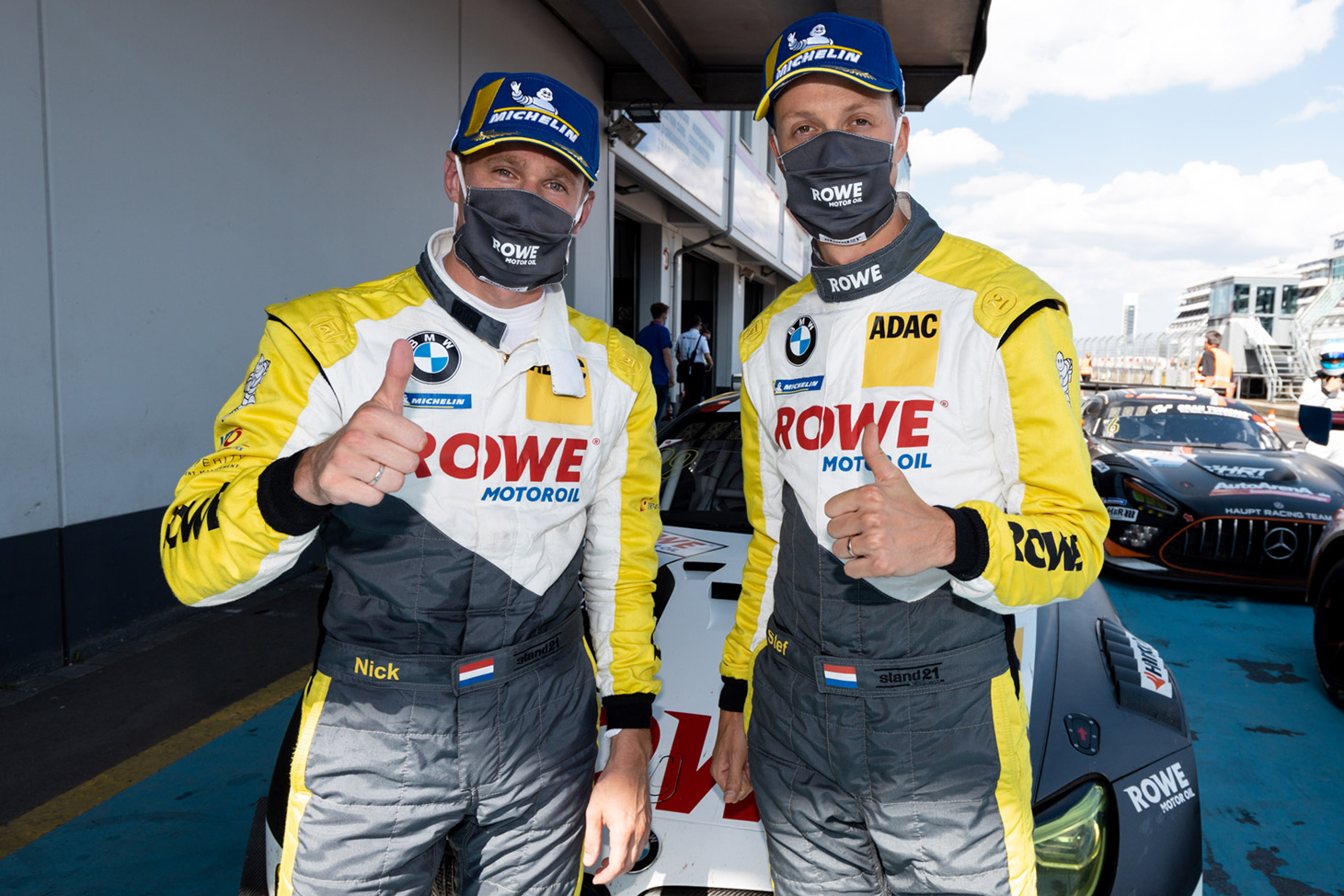 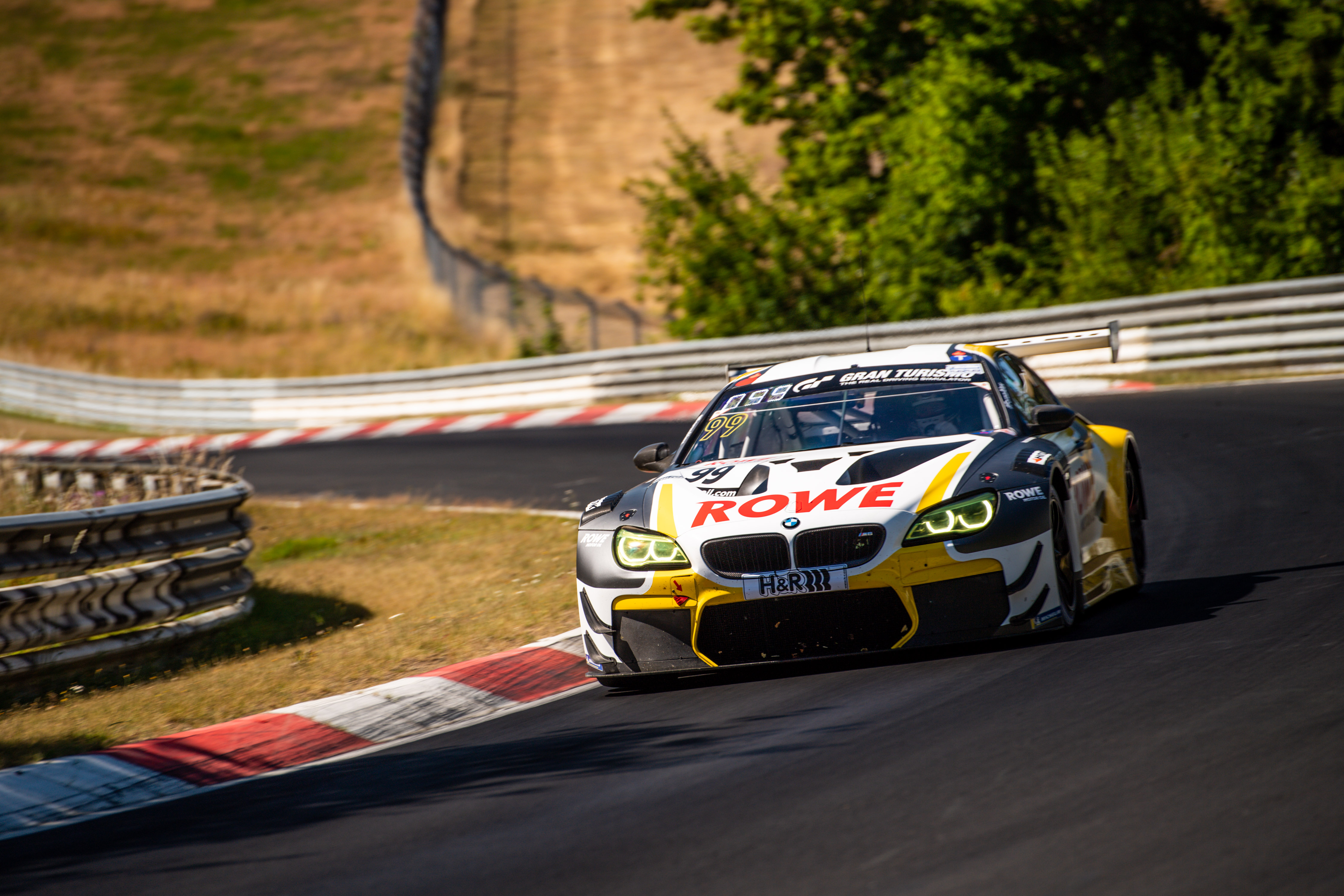