ROWE RACING competes at its GTWC home event with ‘Iron Maiden’, a Nürburgring legend and a Dutch all-rounder 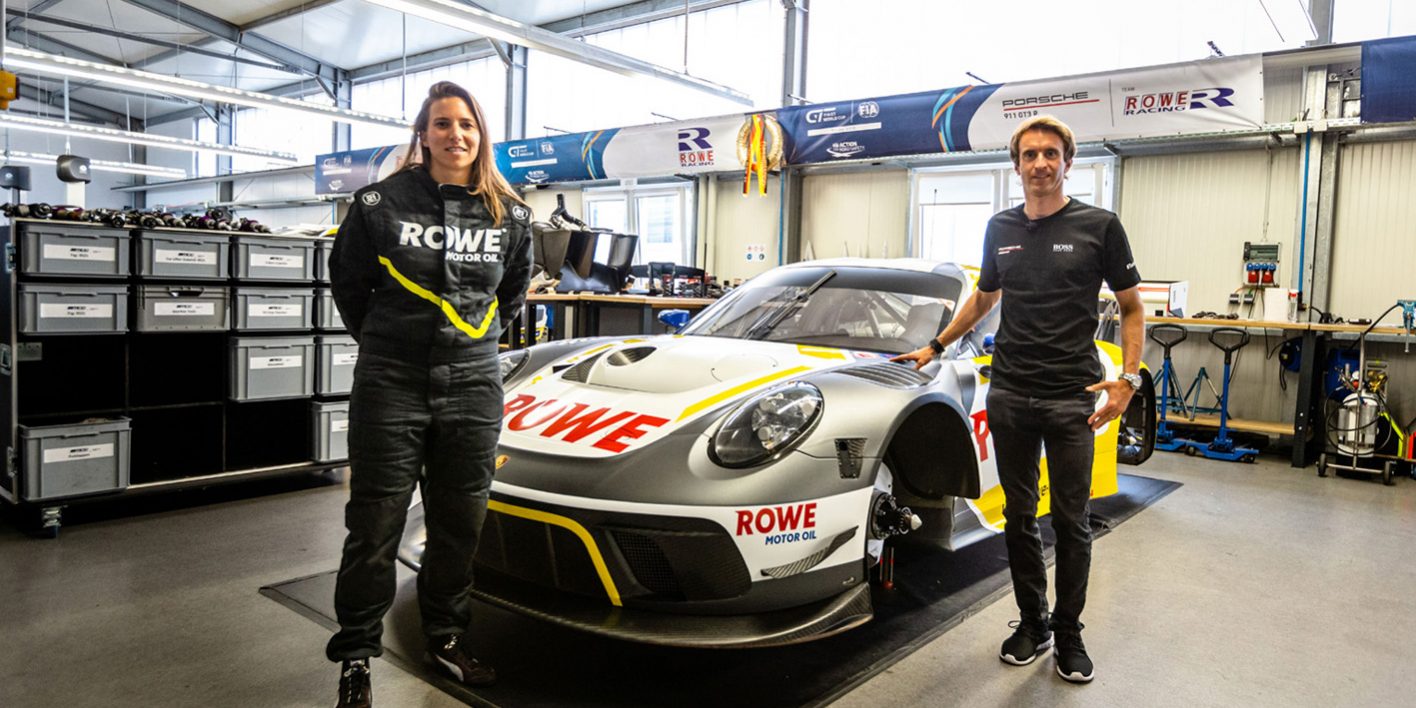 ROWE RACING competes at its GTWC home event with ‘Iron Maiden’, a Nürburgring legend and a Dutch all-rounder

St. Ingbert, 27th August 2020 – ROWE RACING competes for its home race in the GT World Challenge Europe at the Nürburgring with a second Porsche 911 GT3 R and a unique trio of drivers. Germany’s Timo Bernhard, a two-time endurance world champion and one of the record winners of the ADAC 24h race, former DTM driver Jeroen Bleekemolen from the Netherlands, and Porsche works driver Simona De Silvestro will be at the wheel of the #98 Porsche 911 GT3 R at the Eifel circuit on 6th September. This makes the Swiss driver the first woman to contest a race in a GT3 car for the St. Ingbert team.

Timo Bernhard, who lives just a few kilometres from the ROWE RACING team headquarters, was endurance world champion in 2015 and 2017, and also won the 24 Hours of Le Mans in 2017. However, he is a true legend at the Nürburgring: He shares the record for overall victories in the 24h race on the Nordschleife, with a total of five wins to his name. Bernhard also knows the GP circuit, on which the second round of this season’s GT World Challenge Europe Endurance Cup will be held, like the back of his hand. He won the 6-hour race in the WEC there three years in a row, in 2015, 2016 and 2017.

Since then, Bernhard has primarily been focussing on his role as team principal of his own racing team, for which Simona De Silvestro drives a Porsche 911 GT3 R in this year’s ADAC GT Masters. However, the unique opportunity to put pedal to the metal again with ‘his’ driver at ‘his’ Nürburgring was exciting enough to tempt him back into the driver’s seat for ROWE RACING, particularly when the third member of the illustrious trio is an ultimate professional racer. Jeroen Bleekemolen is a motorsport all-rounder who is constantly in action in different racing series all over the world. Motorsport fans in Germany mostly know him from his time in the DTM between 2003 and 2006, as well as his overall victory in the Nürburgring 24h race in 2013. The fact that he is also a specialist at the wheel of the Porsche 911 is proven by his two overall victories in the 2008 and 2009 Porsche Supercup, which is held on the support programme to Formula 1.

In 2019, Simona De Silvestro became the first female in the squad of Porsche works drivers. Since then, as well as outings in GT racing, she has primarily been involved as test and development driver for the Stuttgart-based manufacturer’s Formula E team. Early on in her career, the Swiss moved to the USA, where she caught the eye in the IndyCar series. She set one fastest lap and made it onto the podium for the first time in 2013. In May 2011, she suffered burns to her hands in a spectacular crash in practice ahead of the legendary Indianapolis 500. One day later, she overcame her injuries to qualify for the race. That earned her the affectionate nickname of ‘Iron Maiden’, which she much prefers to ‘Swiss Miss’, as she was previously known. After her time in the US, she switched to Formula E, in which she remains the first and only woman to have finished in the points. De Silvestro recently spent three years as a regular driver in the popular V8 Supercars Championship in Australia. Last week, she and Timo Bernhard visited the ROWE RACING team headquarters in St. Ingbert for the first time for their seat fitting. The Swiss was also given an exclusive tour of the halls at ROWE MINERALÖLWERK GMBH in Worms, where she gained an insight into the work of the lubricant specialists, including the lab, mixing area and bottling.

Hans-Peter Naundorf, team principal ROWE RACING: “Running the second Porsche 911 GT3 R is a great addition for our home race in the GT World Challenge Europe Endurance Cup at the Nürburgring. It is a unique opportunity for us to see Timo Bernhard in one of our cars. We have been in touch for almost 20 years, if for no other reason than our physical proximity here in Saarland. However, Timo has always been tied to other manufacturers or teams up to now. I am delighted that we have managed to put together this remarkable ensemble now, in the twilight of his career. I am also very excited about Simona De Silvestro, who has driven in so many different categories throughout her career, and has caught the eye on many occasion. We are really pleased that she will be the first woman to line up in a GT3 car for ROWE RACING. The fact that women have no need to hide behind their male counterparts in motorsport is something I experienced in person with the successful collaboration with Susie Wolff during my time in the DTM.“

Simona De Silvestro, #98 ROWE RACING Porsche 911 GT3 R: “I am really looking forward to racing alongside Timo for the first time in a ROWE RACING Porsche 911 GT3 R. That is something very special for me – I never thought that I would share a cockpit with him. I can hardly wait to contest the six-hour race at the Nürburgring in the GT World Challenge Europe together.”

Timo Bernhard, #98 ROWE RACING Porsche 911 GT3 R: “This is a real first: Simona is normally battling for points in the ADAC GT Masters for my own team, KÜS Team75 Bernhard. Now we are competing together for the first time. I hold Simona in very high regard as a racing driver and have obviously followed her career. Among other things, I still remember her outings in the North American IndyCar series well. The forthcoming race in the ROWE RACING Porsche 911 GT3 R does not represent my comeback, but I am simply delighted to have the opportunity to race alongside Simona.” 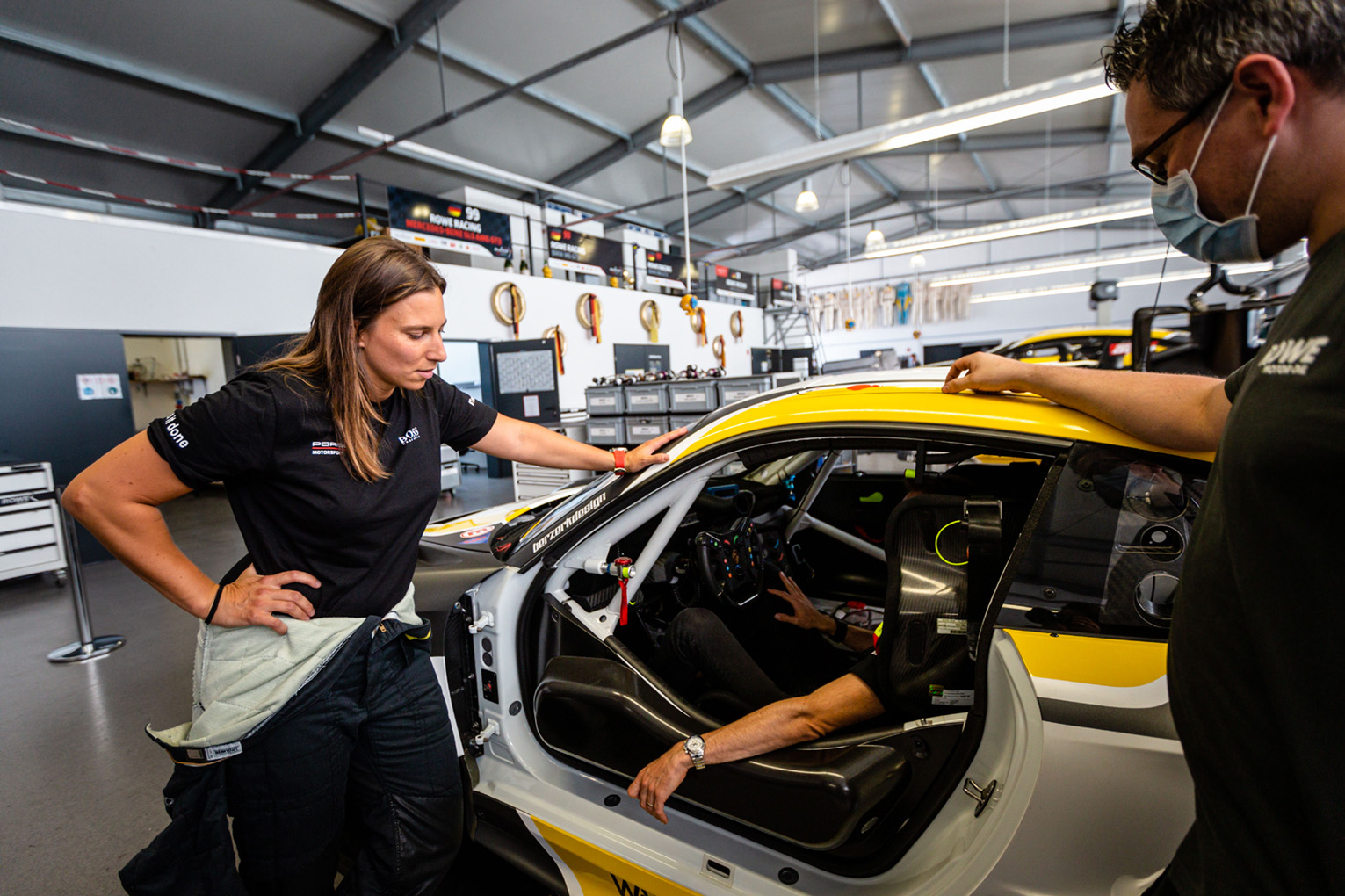 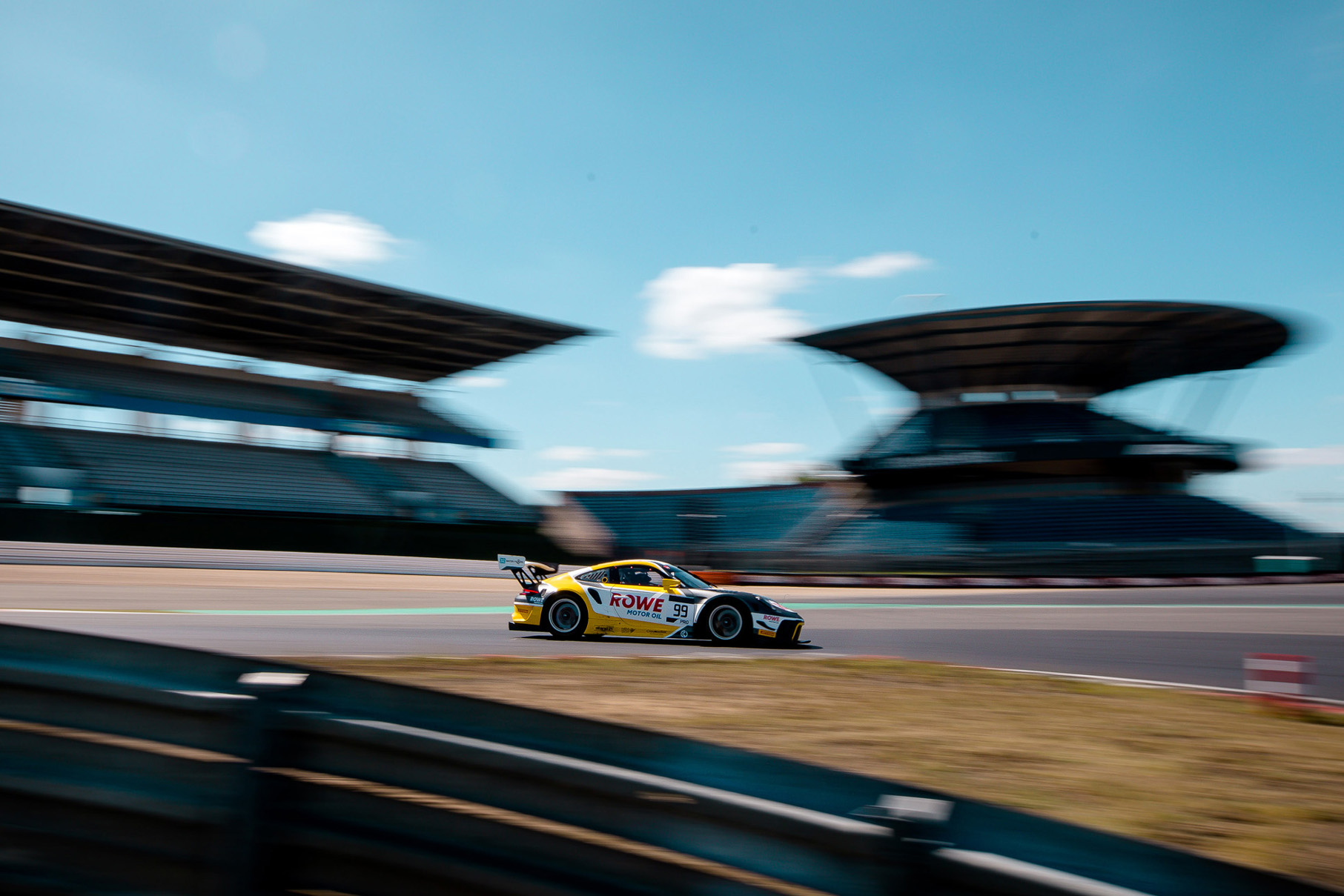 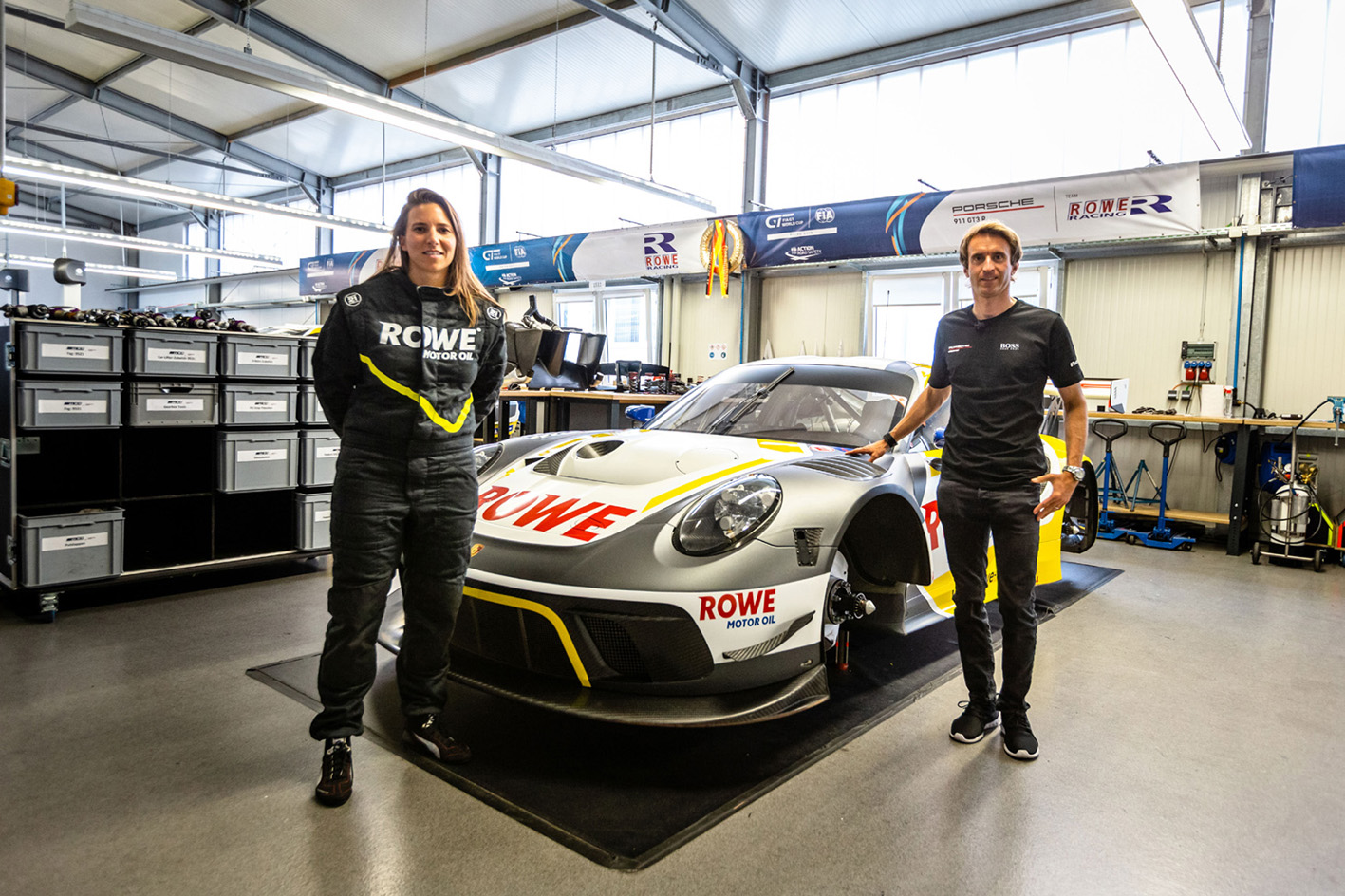