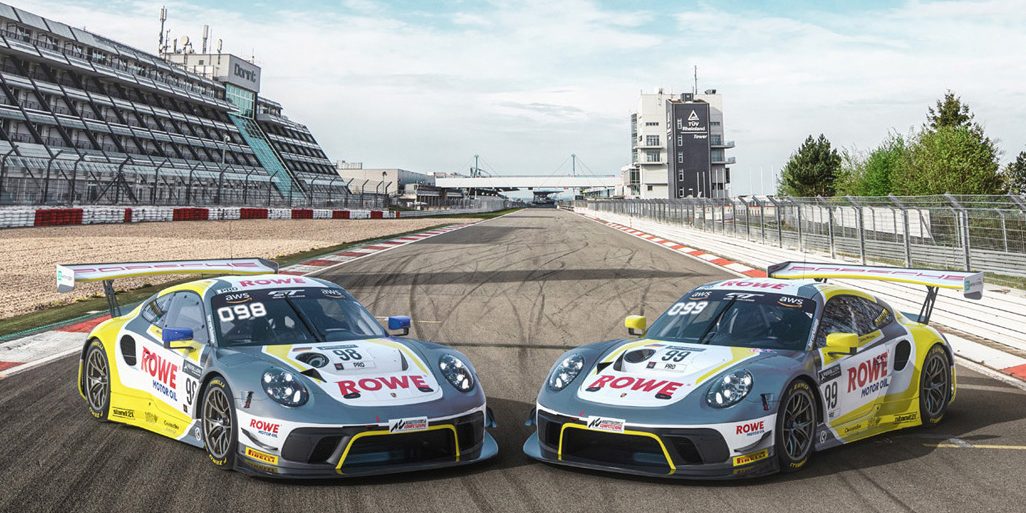 The cockpit of the #98 Porsche 911 GT3 R will be shared by Porsche works driver Simona De Silvestro of Switzerland, former DTM driver Jeroen Bleekemolen of the Netherlands and two-time endurance world champion Timo Bernhard, with fans being able to follow their efforts via a livestream from a specially installed onboard camera. The man from the Saarland, Timo Bernhard ended his outstanding career last year to focus all his efforts on his role managing his own racing team. But he will be putting his helmet back on to join forces with Simona De Silvestro who races for his team in the ADAC GT Masters. It will also be his first ever start for team principal Hans-Peter Naundorf’s team, which is based just a few kilometres away from his own home. And Timo Bernhard also feels at home at the Nürburgring: with a total of five victories, he is one of the record winners of the ADAC 24h race, in which Jeroen Bleekemolen also stood atop the podium once. Le Mans winner Timo Bernhard also won the 6-hour WEC race three times in a row in 2015, 2016 and 2017, which was held on the 5.137-kilometre GP track like the Endurance Cup race at the weekend.

Just a stone’s throw from ROWE RACING HQ – and so even closer to St. Ingbert than Timo Bernhard – is the home of Fabian Weingart. With his company Berzerkdesign, the man from the Saarland designed the optics of numerous racing cars of many top teams and manufacturers. For ROWE RACING he designed the current livery of the cars before the start of the 2019 season.

Simona De Silvestro is the first woman to contest a race for ROWE RACING in a GT3 car. The Swiss driver not only went to St. Ingbert for her seat fit but also met Dr Alexandra Kohlmann prior to her debut. The ROWE CEO gave her some insights into the world of lubricants and ROWE’s ongoing commitment to motor racing. This video shows the meeting of the two successful women.

In the #99 Porsche 911 GT3 R, Julien Andlauer, Klaus Bachler and Dirk Werner are eager to build on their race speed from the first race of the season in Imola, Italy, where after an unfortunate qualifying session they made up twelve places in the race and up into P6. In the Eifel region, where the team did their testing before the start of the season, the trio have their sights set on the top 5 spots.

The two Porsche 911 GT3 R of ROWE RACING will take to the GP track for the first of four additional 50-minute test sessions at 10:00 on Thursday (3rd September) at the home race in the Eifel region. The other sessions start at two-hour intervals at 12:00, 14:00 and 16:00. After a day off from racing, first up is the free practice session between 9:00 and 10:30 on Saturday (5th September). After the pre-qualifying session at 13:05, also lasting 90 minutes, the starting grid will be decided in the standard three-part qualifying session starting at 19:10 with each part consisting of 15 minutes on the track. The race on Sunday gets underway at 11:45 and unlike most standard Endurance Cup races will last six instead of the usual three hours.

Hans-Peter Naundorf, team principal ROWE RACING: “The home race at the Nürburgring is a very special race for the whole team, even though, unfortunately, no fans or guests will be able to be there. But the short journey and the familiar environment from many races make for a pleasant atmosphere. We also know the track like the back of our hand, and tested in the Eifel region this year with our regular formation. With the experiences from Imola we want to do better in qualifying in particular, to then be able to finish in the top 5 positions with a similarly good race speed. A podium at our home race would be a dream. It is definitely in our favour that the race will be over six hours instead of the usual three. The longer the better for us since that enables us to benefit from our consistency, our strategy and our usually low error rate.” 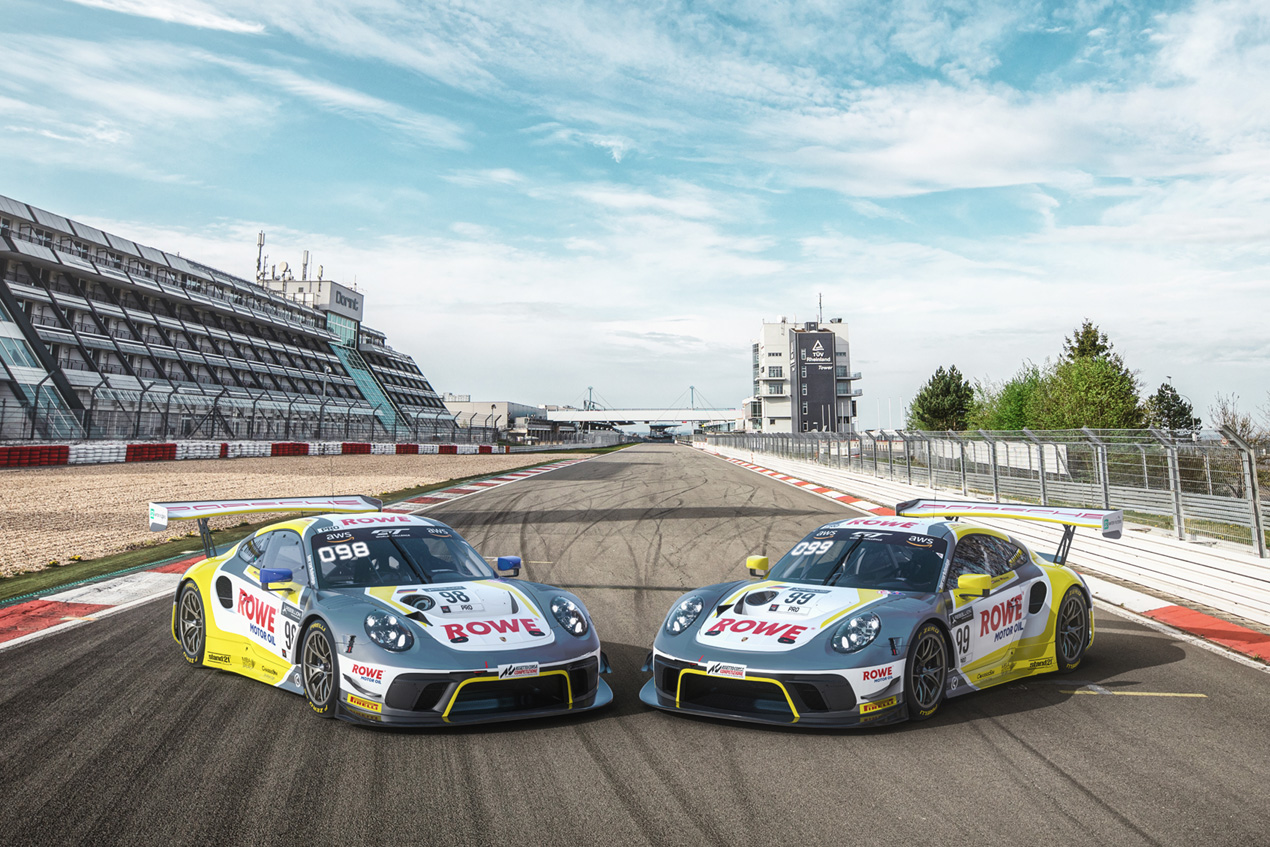 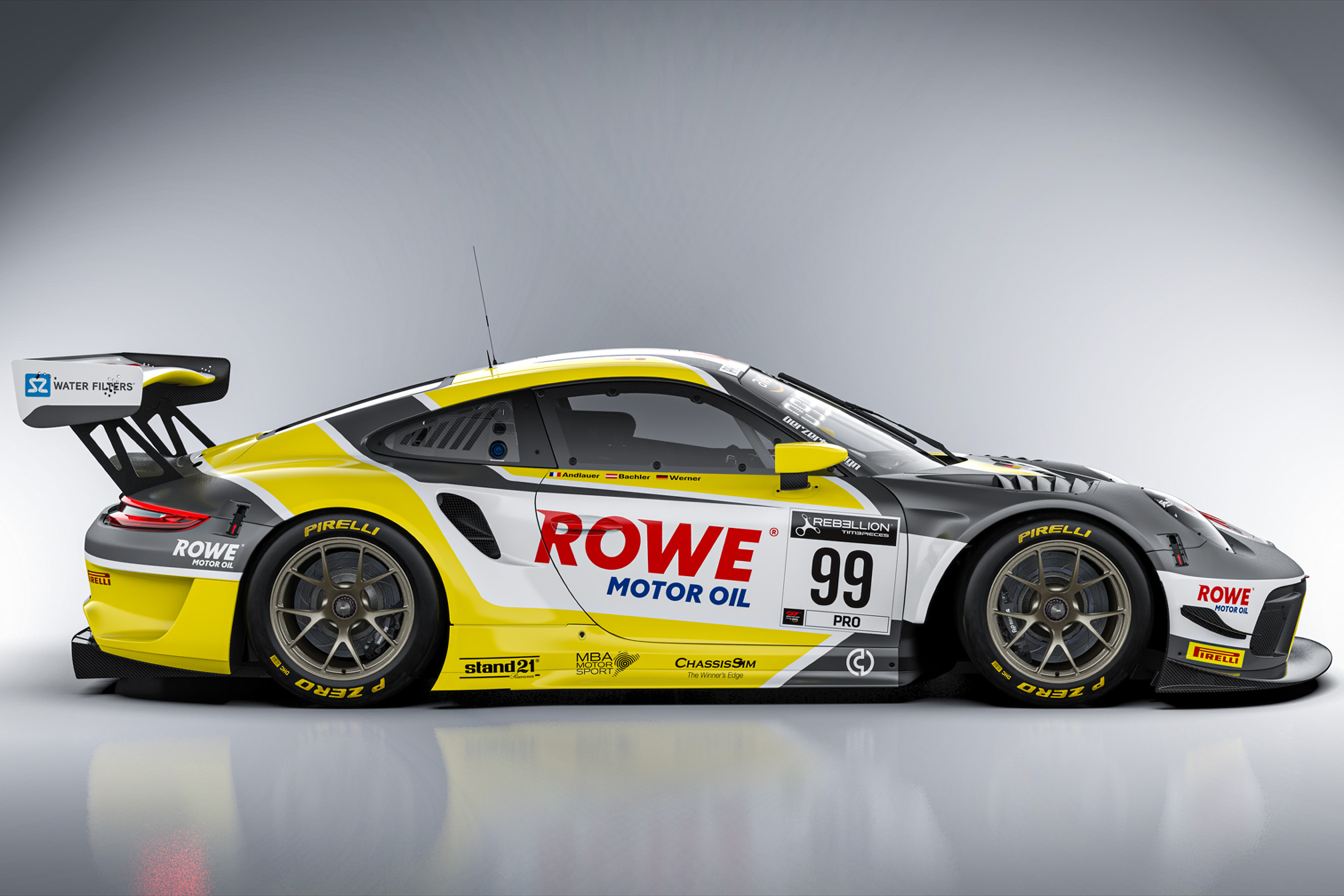