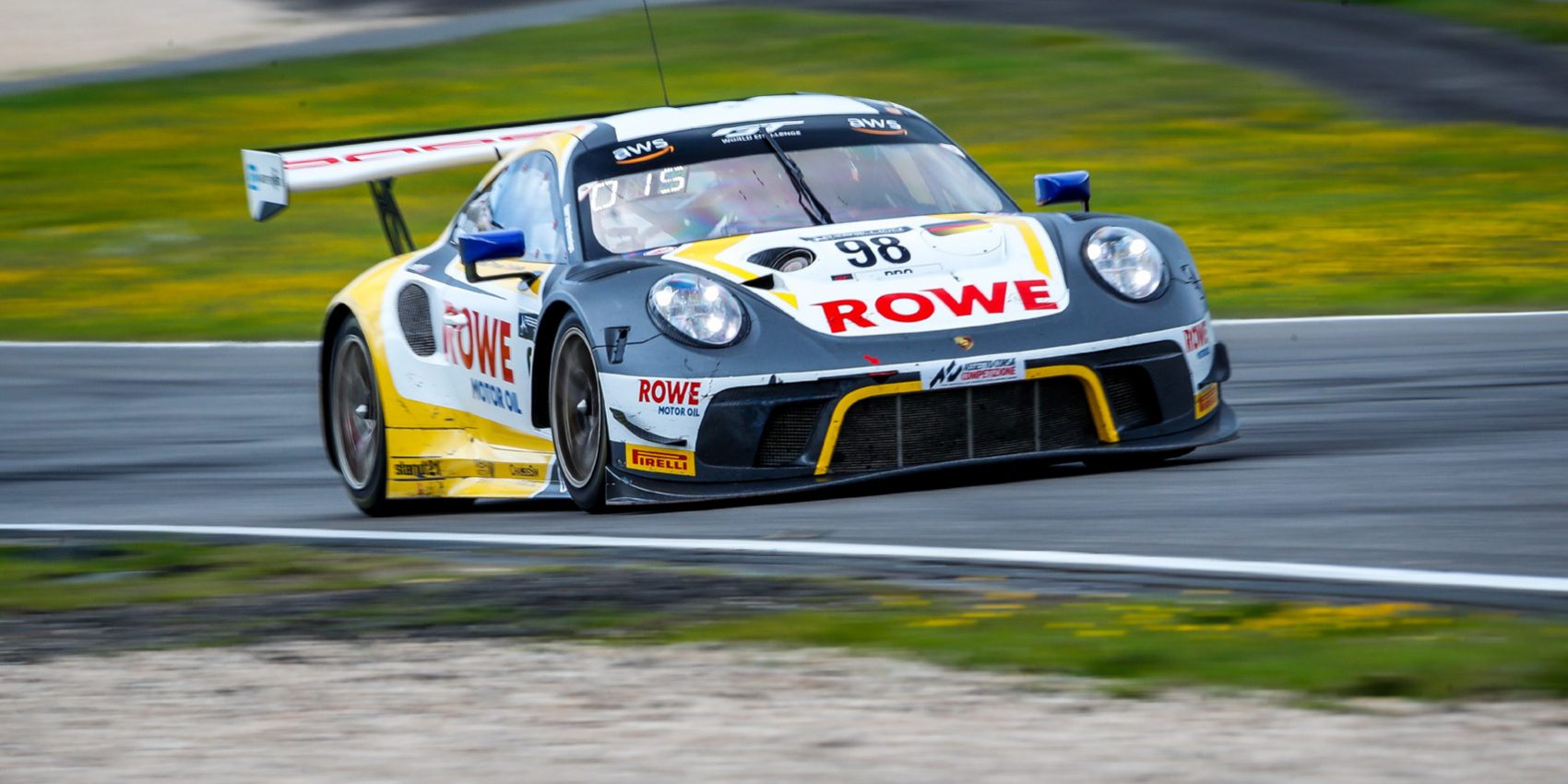 St. Ingbert, 6th September 2020 – ROWE RACING was rewarded for its immensely strong recovery race with a finish in the points at their home race in the GT World Challenge Europe Endurance Cup. Porsche works driver Simona De Silvestro of Switzerland, former DTM driver Jeroen Bleekemolen of the Netherlands and two-time world endurance champion Timo Bernhard made up 15 places in their one-off appearance for the St. Ingbert team to cross the finish line in ninth in the #98 Porsche 911 GT3 R in the 6-hour race on the GP track in the Eifel region.

Unfortunately, the sister car with #99 was unable to start. After an accident in qualifying on Saturday evening, in which the driver fortunately came away without any real injuries, the Porsche 911 GT3 R of this year’s regular trio consisting of German Porsche works driver Dirk Werner, Porsche Young Professional Julien Andlauer of France and Austria’s Klaus Bachler was so badly damaged that, with the options at the racetrack, the team would have been unable to make the car fully ready by the start of the race on Sunday morning. That meant the original starting position of the #99 was void, so the #98 Porsche 911 GT3 R moved up from 25th on the grid into 24th.

In the race, starting driver Timo Bernhard, who specially put on his helmet again to appear alongside Simona De Silvestro, made up five positions on the turbulent first lap. The man from the Saarland, for whom the Nürburgring is like a second home with his five victories at the 24h race and three wins in the WEC 6-hour race, then continued to work his way up the field before handing over the wheel to Simona De Silvestro after 31 laps. The Swiss was fast from the get-go in her first race on the GP track and continued with the race to catch up. On lap 48, ‘Iron Maiden’, as she is known, pulled off a spectacular overtaking manoeuvre when she duped two rivals at once going into the Dunlop hairpin bend.

Jeroen Bleekemolen took over on lap 59 and brought the team within reach of the points in his double stint, and in the points is where Timo Bernhard spent most of his time in his second stint from lap 110 to 141. Simona De Silvestro returned to the cockpit for the closing phase of the race and defended ninth place for the team with nerves of steel and a flawless stint.

Hans-Peter Naundorf, Team Principal ROWE RACING: “It was a really good result for our #98. Finishing in the points from 25th on the grid in such a crowded field and on a track that isn‘t great for overtaking is an incredibly strong performance. Simona De Silvestro, Timo Bernhard and Jeroen Bleekemolen had a flawless race, did their own thing and cleverly kept out of everything. So, the three of them considerably exceeded all our expectations from the start of this project. Timo did a top professional job after his long break from racing and Simona had a fantastic debut in an SRO race series. It’s more than tragic that our #99 was unable to start the race after the accident in qualifying, especially when you see what more would have been possible today considering the performance of the sister car.”

Simona De Silvestro, #98 ROWE RACING Porsche 911 GT3 R: “The race was going pretty well for us. Teaming up with Timo and Jeroen for the first time, I think we did a good Job. Timo taught me little bit; it is good to race with him.” 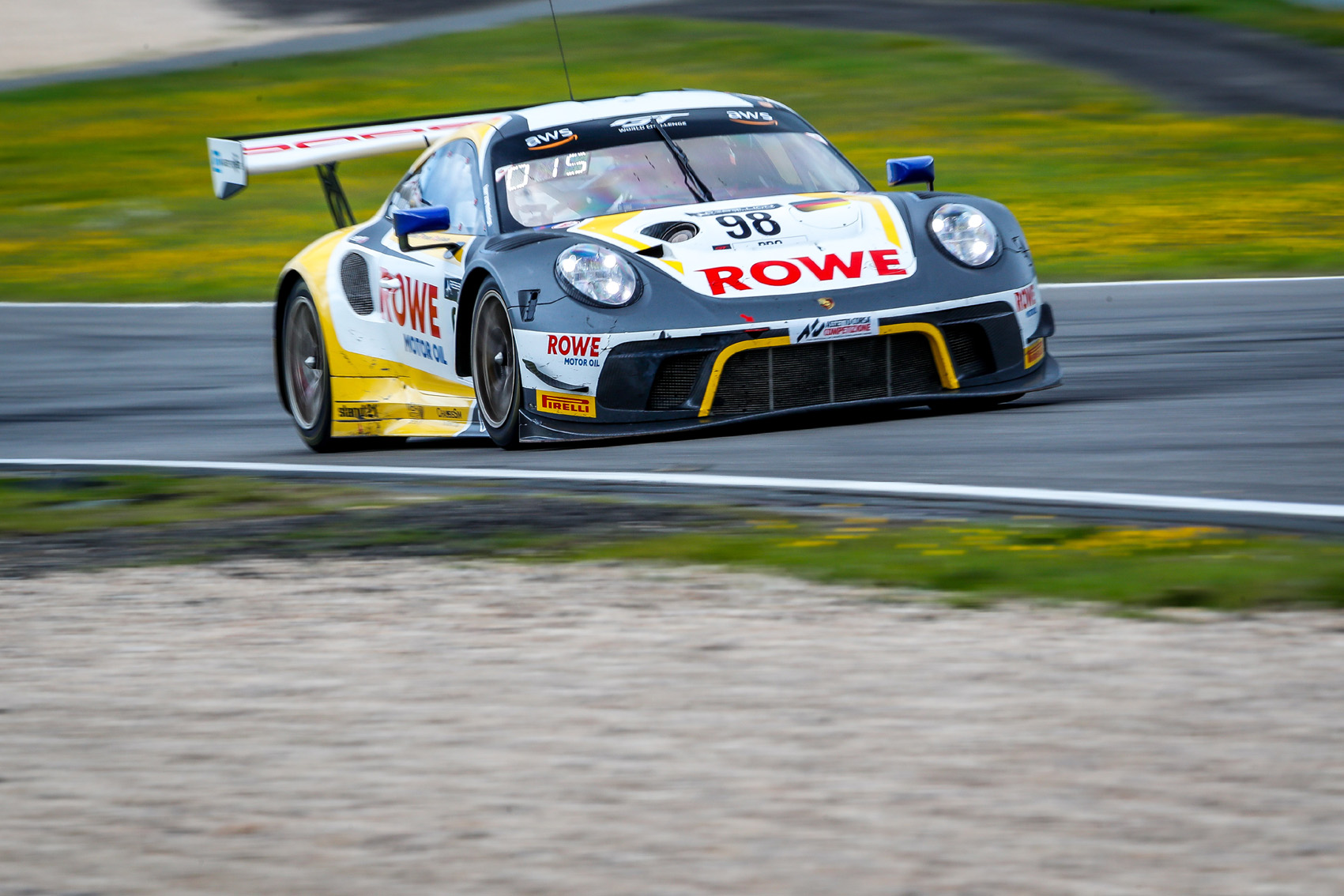 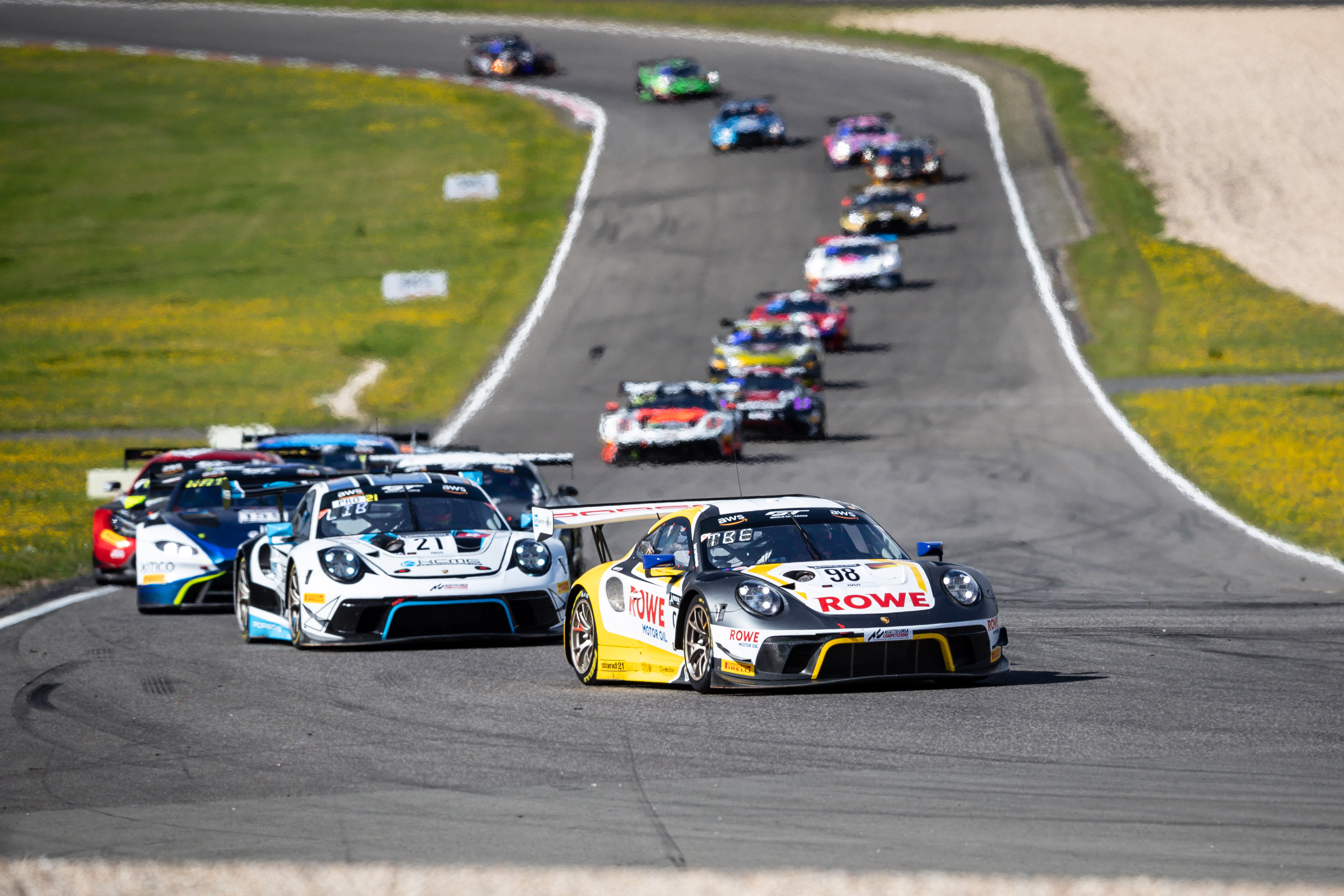 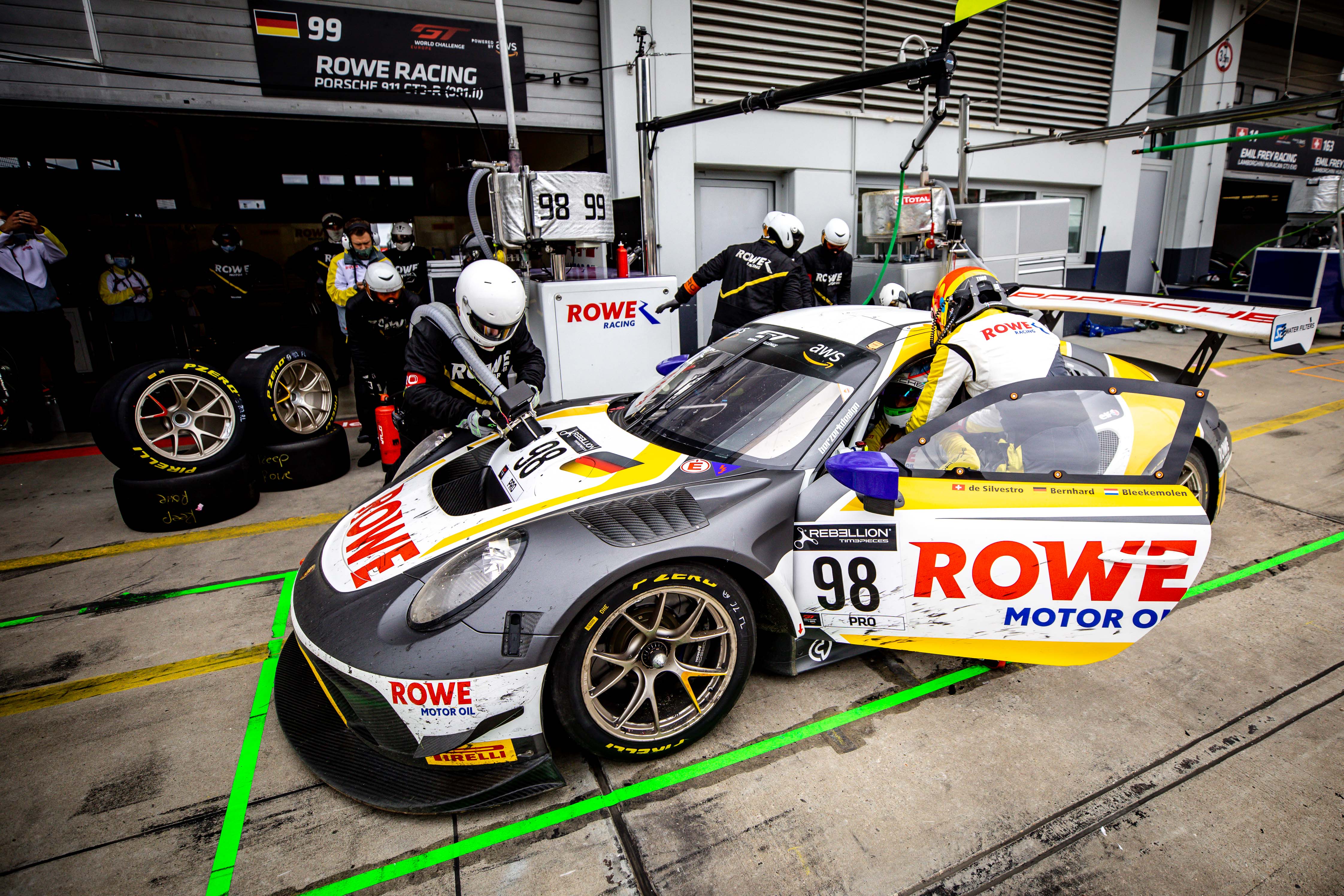