ROWE RACING rocks the Ring: First victory in the ADAC 24h race at the Nürburgring 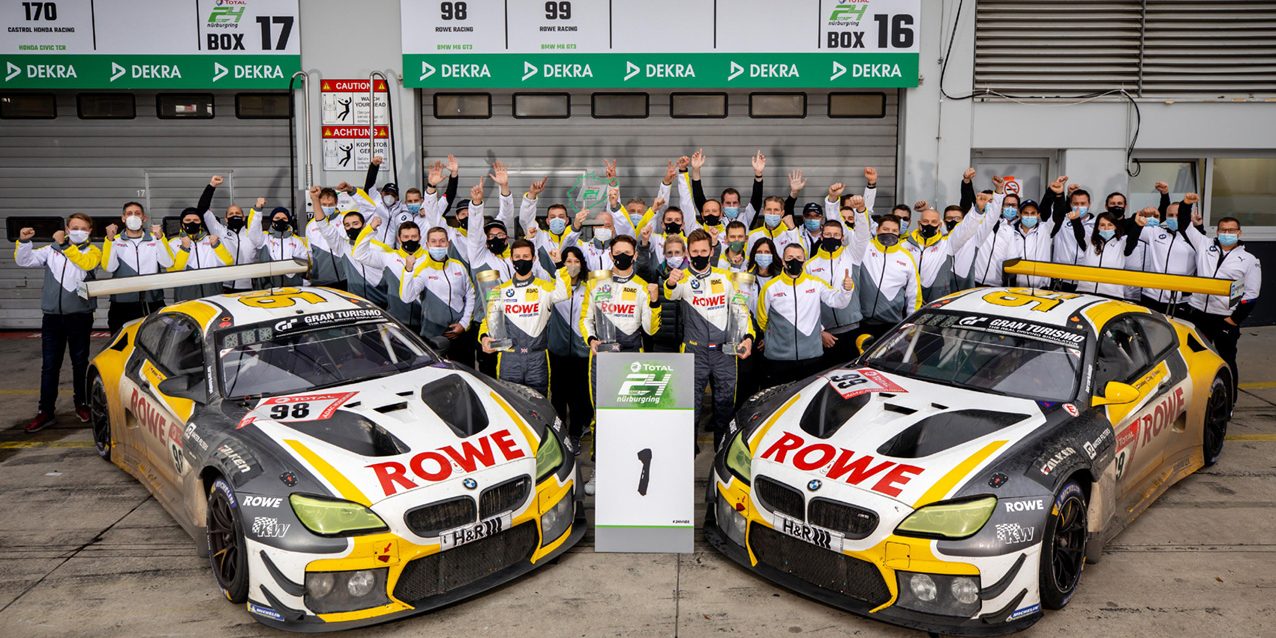 ROWE RACING rocks the Ring: First victory in the ADAC 24h race at the Nürburgring

St. Ingbert, 27th September 2020 – Mission accomplished! In the tenth year since the team was founded, and after two third-places and one runner-up finish, ROWE RACING has finally won the ADAC 24h race at the Nürburgring for the first time. The 48th running of the legendary ‘Eifel marathon’ will go down in the 50-year history of the race, due to the lack of fans on the Nordschleife, the extremely difficult weather conditions, and a nine-and-a-half-hour break in racing. Despite all that, Dutchman Nick Catsburg steered the #99 BMW M6 GT3 home in first place with a 15.4-second lead after 85 extremely demanding laps and 2,157.13 kilometres. The victory was a dream come true for Catsburg and his fellow BMW works drivers, Brits Alexander Sims and Nick Yelloly. ROWE RACING also presented BMW Motorsport with its 20th overall victory in the Eifel, on the 50th anniversary of the manufacturer’s first triumph in the inaugural race.

The #98 car, driven by two-time DTM champion Marco Wittmann, his fellow BMW DTM drivers Philipp Eng and Lucas Auer of Austria, and Britain’s Tom Blomqvist, finished fourth to round off a strong result for the St. Ingbert team.

“What a fantastic win! 50 years after the first overall victory for BMW at the Nürburgring 24 Hours, we have come full circle with the 20th triumph. Congratulations to the whole ROWE RACING team, as well as drivers Nick Catsburg, Alexander Sims and Nick Yelloly. They stuck to the plan, despite all the difficulties we mainly had in the wet, and then made a magnificent comeback in the final few hours, when the track first started to dry out before the rain returned. Thanks to a perfect team effort, everyone responsible made all the right decisions at the right time. The closing stages, when every second counted, were incredibly nerve-racking. We have tried many times with the BMW M6 GT3 to win this iconic race, which is extremely important to BMW Motorsport. Now we have done it, and the joy at this achievement is huge,” said BMW Group Motorsport Director Jens Marquardt.

After a spectacular opening stage, the team’s two BMW M6 GT3s were initially unable to maintain the good starting positions of fifth (#99) and eighth (#98) place in heavy rain. All the drivers did, however, consistently manage to steer clear of any problems out on the track. By late on Saturday evening, the #99 car had battled its way back into fourth place and the #98 was running twelfth. The race was suspended at 22:32, as the rain had started to fall even more heavily, and did not resume until 08:00.

After the restart, and with the track drying, it was time for the BMW M6 GT3 to shine, with Alexander Sims setting several fastest laps in a row. On lap 67, the two ROWE RACING cars found themselves in podium positions for the first time. When the rain intensified with 1:45 hours of the race remaining, the team reacted immediately and sent Nick Catsburg out on wet tyres. After one lap he took the lead for the first time. From that point on, he briefly surrendered that lead for only one lap after the crew’s final tyre change. When the rival Audi returned to the track behind the #99 one lap later, Catsburg sealed the win.

Hans-Peter Naundorf, Team Principal ROWE RACING: “That was an incredibly good team effort. We noticed at the start of the weekend that there was a great atmosphere in the team between the drivers, engineers and mechanics. It was vital that the drivers stuck perfectly to the strategy. They drove with all their talent and a lot of intelligence, and gave an absolutely flawless performance in some really miserable conditions. Everything has to come together to achieve a result like that. For us, it is an immense joy to finally stand on the top step of the podium after ten years of trying. I was particularly pleased for Nick Catsburg, who came so close in 2017 and ultimately only missed out because of a tactical error from us. It is fantastic that it was him of all people who rocked the race for us this time. Thank you to everyone in the team, to BMW for providing us with such great drivers, and obviously to the drivers themselves, who believed in our goal.”

Michael Zehe, Managing Director ROWE MINERALÖLWERK GMBH: “That is simply fantastic. For ten years we have come so close so often and had a lot of bad luck. Now we have finally done it. When Nick was on Döttinger Höhe on the final lap, I knew that nothing could stop us. When the rain started to fall more heavily, it was really extreme again – particularly in the penultimate stint. What the team has achieved here is absolutely top notch. It is just a shame that we were not able to celebrate this win in front of 200,000 fans. I would have preferred for them all to have been here.”

Nick Catsburg, #99 ROWE RACING BMW M6 GT3: “I am incredibly happy. I have wanted to win this race for so long. The Nordschleife is my favourite circuit. We have tried so often, and have now finally done it. A big thank you to my team-mates Alexander Sims, Nick Yelloly and the whole team. Our brief was to keep the car on the track and not make any mistakes. That is exactly what we did.”

Alexander Sims, #99 ROWE RACING BMW M6 GT3: “It is simply fantastic to have won this race. It almost feels a bit strange to be relatively refreshed at the end of such a tough race, because we had the break in the night. It is a fantastic feeling. We have been trying for a long time. That makes today’s success special.”

Nick Yelloly, #99 ROWE RACING BMW M6 GT3: “That was my first 24h race, as I did not get to drive here last year. My team-mates and the car were mega and we made the right decisions at the right time. In the end, we made it through the race without a single mistake. This is definitely the biggest success of my career so far.”

Philipp Eng, #98 ROWE RACING BMW M6 GT3: “Congratulations to my team-mates. Unfortunately, we missed out on the podium with the #98 BMW M6 GT3, but today is all about the overall victory for the team and BMW Motorsport.” 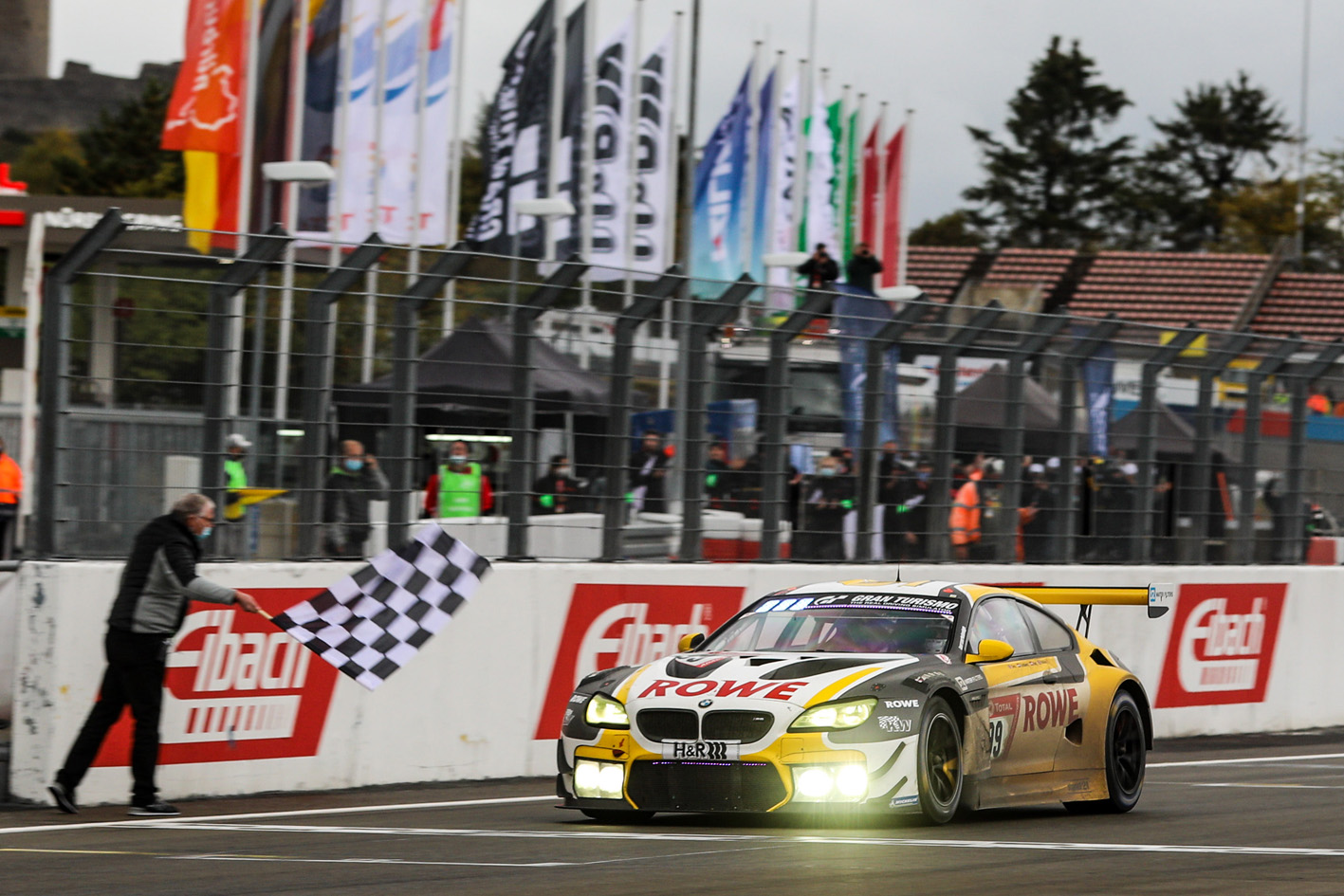 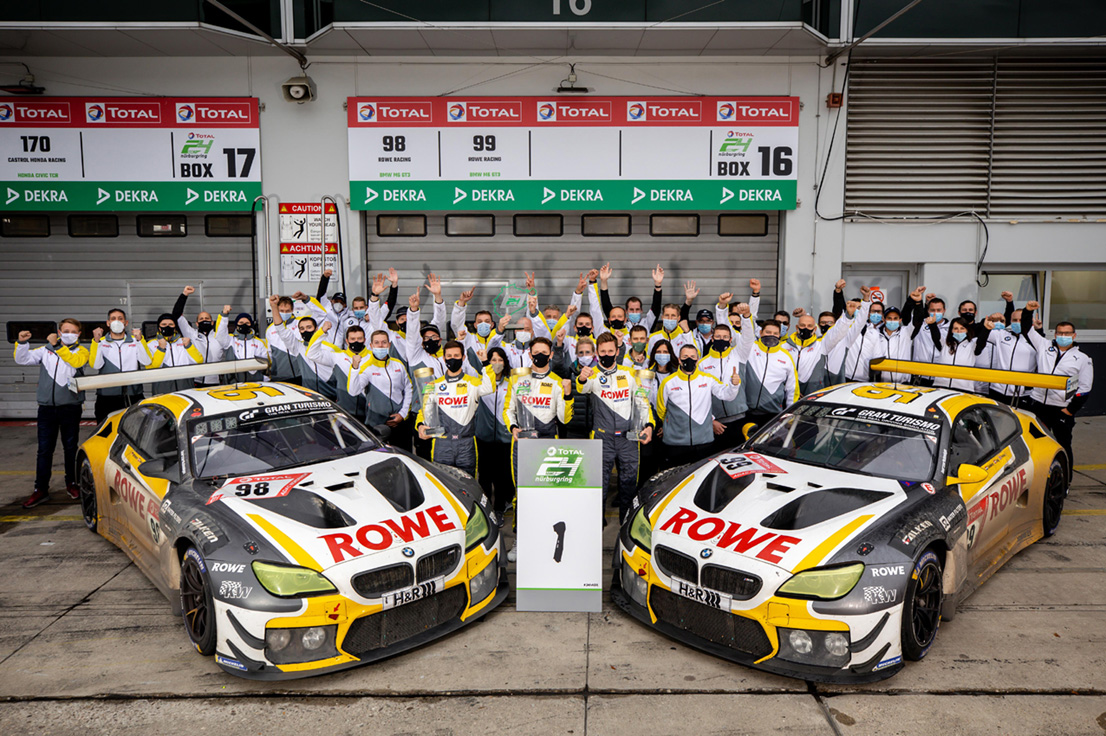 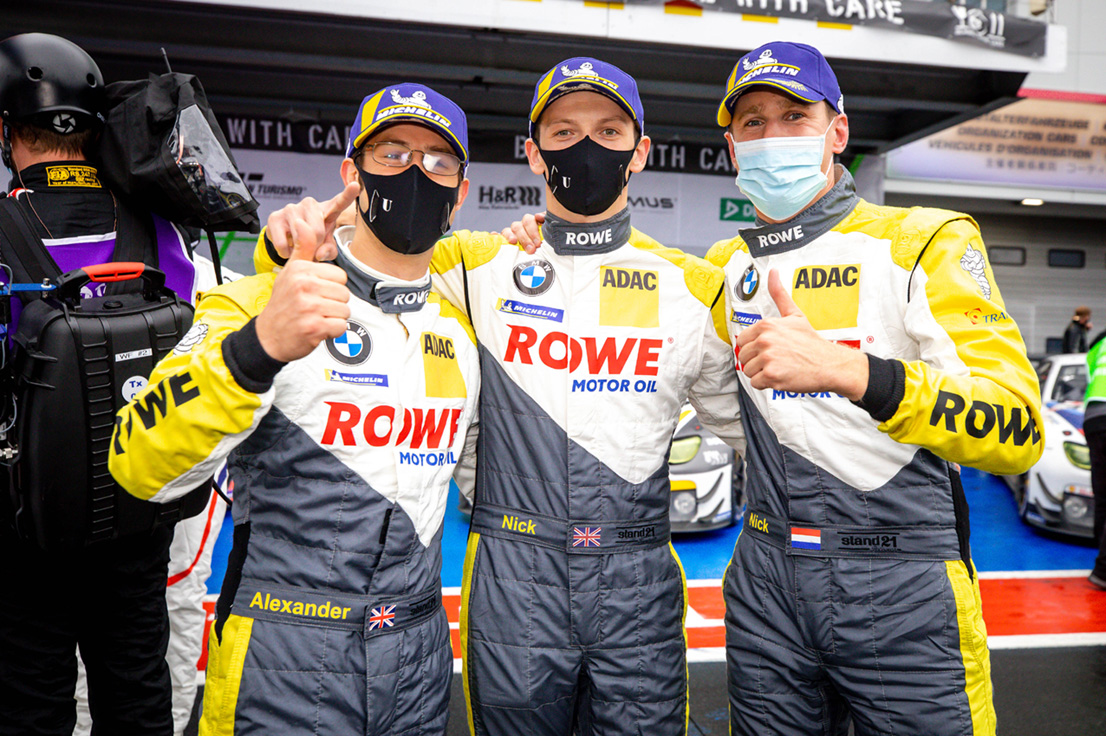