After victory at the Nürburgring, ROWE RACING sets its sights on the Grand Slam at the 24 Hours of Spa 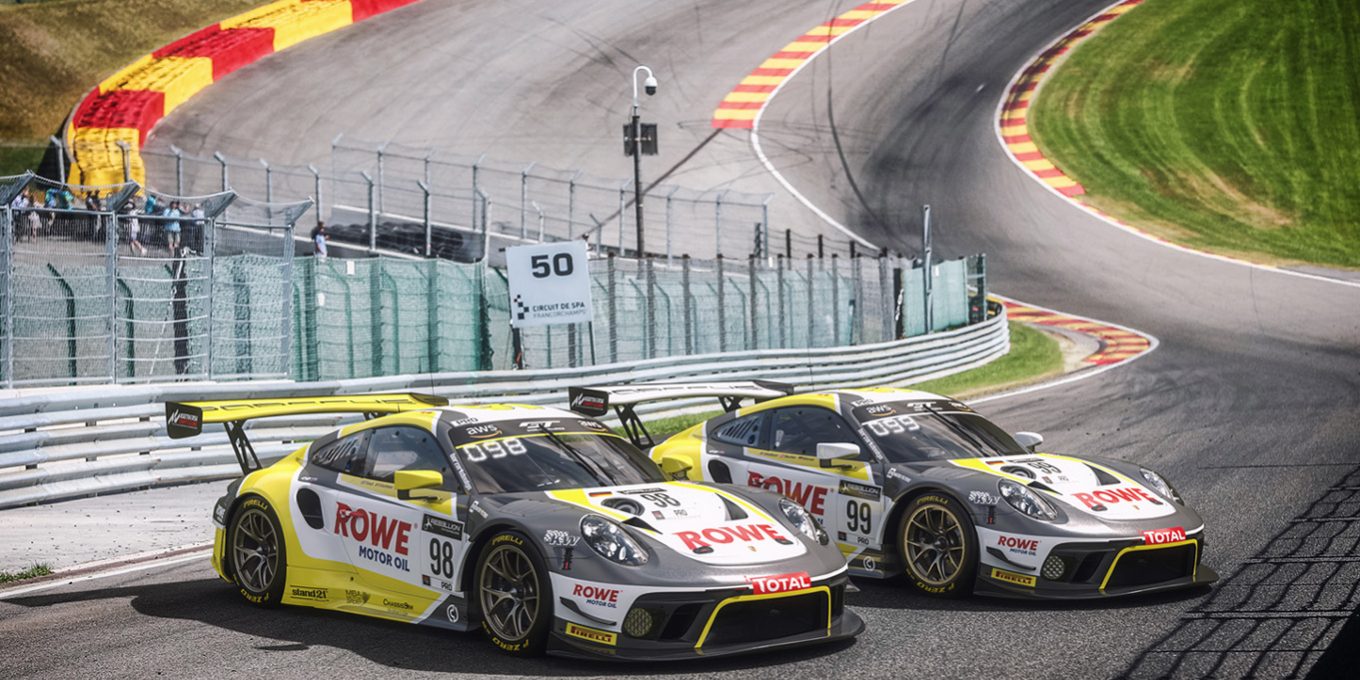 After victory at the Nürburgring, ROWE RACING sets its sights on the Grand Slam at the 24 Hours of Spa

Squad from St. Ingbert looking to become first team to win both 24-hour classics in the same year / Second Porsche 911 GT3 R lines up with top trio of drivers

St. Ingbert, 20th October 2020 – Four weeks after the first victory at the 24h race at the Nürburgring, ROWE RACING is planning its next coup at this weekend’s (24th/25th October) 24 Hours of Spa, where it will have its sights set on the Grand Slam: The team from St. Ingbert is looking to become the first team in the GT3 era to win both 24-hour classics in one season. ROWE RACING will run two Porsche 911 GT3 R at the 7.004-kilometre rollercoaster in the Ardennes, Belgium. As well as the regular line-up in the #99 car – Porsche works driver Dirk Werner, Porsche Young Professional Julien Andlauer (France), and Austrian Klaus Bachler – the #98 car will also feature a top-class trio of ultra-fast Porsche works drivers, who showed their class for ROWE RACING last year: Britain’s Nick Tandy, New Zealander Earl Bamber, and Belgian Laurens Vanthoor.

At last year’s 24 Hours of Spa, 2015 Le Mans winner Nick Tandy narrowly missed out on a second Spa victory for ROWE RACING by just 3.3 seconds, bringing the #998 Porsche 911 GT3 R home in second place after a magnificent fightback. Earl Bamber, who won the 24 Hours of Le Mans alongside Tandy and Formula 1 driver Nico Hülkenberg in 2015, and Laurens Vanthoor shone for ROWE RACING at the 2019 FIA GT World Cup in Macau, where Bamber finished third and Vanthoor second. Local favourite Vanthoor also knows how it feels to win his home event, having triumphed back in 2014.

With three podiums in four races, ROWE RACING is the most successful team of recent years at the 24 Hours of Spa. After the victory in 2016, the team from St. Ingbert finished runner-up in 2018 and 2019 – just seconds behind the winning car on both occasions. No other racing team can point to a total of five podiums and two victories since 2016 at the two most iconic 24-hour races, at the Nürburgring and in Spa.

The two ROWE RACING Porsche 911 GT3 R will take to the track in Spa, which features the legendary Eau Rouge and Blanchimont corners, for the first time at 11:10 on Thursday (22nd October) for a 90-minute free practice. This is followed at 15:15 by the 60-minute Pre Qualifying. Qualifying, which consists of four 15-minute sessions begins at 18:55. The busy Thursday concludes with a 90-minute night practice at 20:35. Following a 30-minute warm-up at 17:30, the final grid positions will be determined in the Superpole at 18:20. The race itself begins at 15:30 on Saturday (24th October). The clocks go forward an hour on Saturday night, meaning the action ends 24 hours later at 14:30 (CET) on Sunday.

Hans-Peter Naundorf, Team Principal ROWE RACING: “We travel to Spa with a definite goal: We want to win the race and become the first team in the GT3 era to win the 24h race at the Nürburgring and the 24 Hours of Spa in the same year. That would be the Grand Slam of GT3 racing. We are still in endurance mode, as we never before have driven back-to-back two 24-hour races. We are also riding a wave of euphoria after our success at the Nürburgring and are fully motivated. With the experience from the Eifel, our Porsche cars and our top drivers, we are very well-prepared for the extreme conditions we expect to face in Spa. I am particularly pleased to have Nick Tandy, Earl Bamber and Laurens Vanthoor on board, with whom we worked so successfully in Spa and Macau last year. These three were our dream line-up, and I am very grateful to Porsche for putting their faith in us and making this dream come true.”

Laurens Vanthoor, #98 ROWE RACING Porsche 911 GT3 R: “I think we have a dream driver line-up. Nick Tandy and Earl Bamber are very quick and the three of us know each other really well. We reckon we have good chances and will do everything we can.”

Dirk Werner, #99 ROWE RACING Porsche 911 GT3 R: “The 24-hour race in Spa throws another huge challenge at us. The weather, the big field and the level of competition are guaranteed to create some thrilling racing. I’m looking forward to the racetrack because it’s huge fun to drive there.” 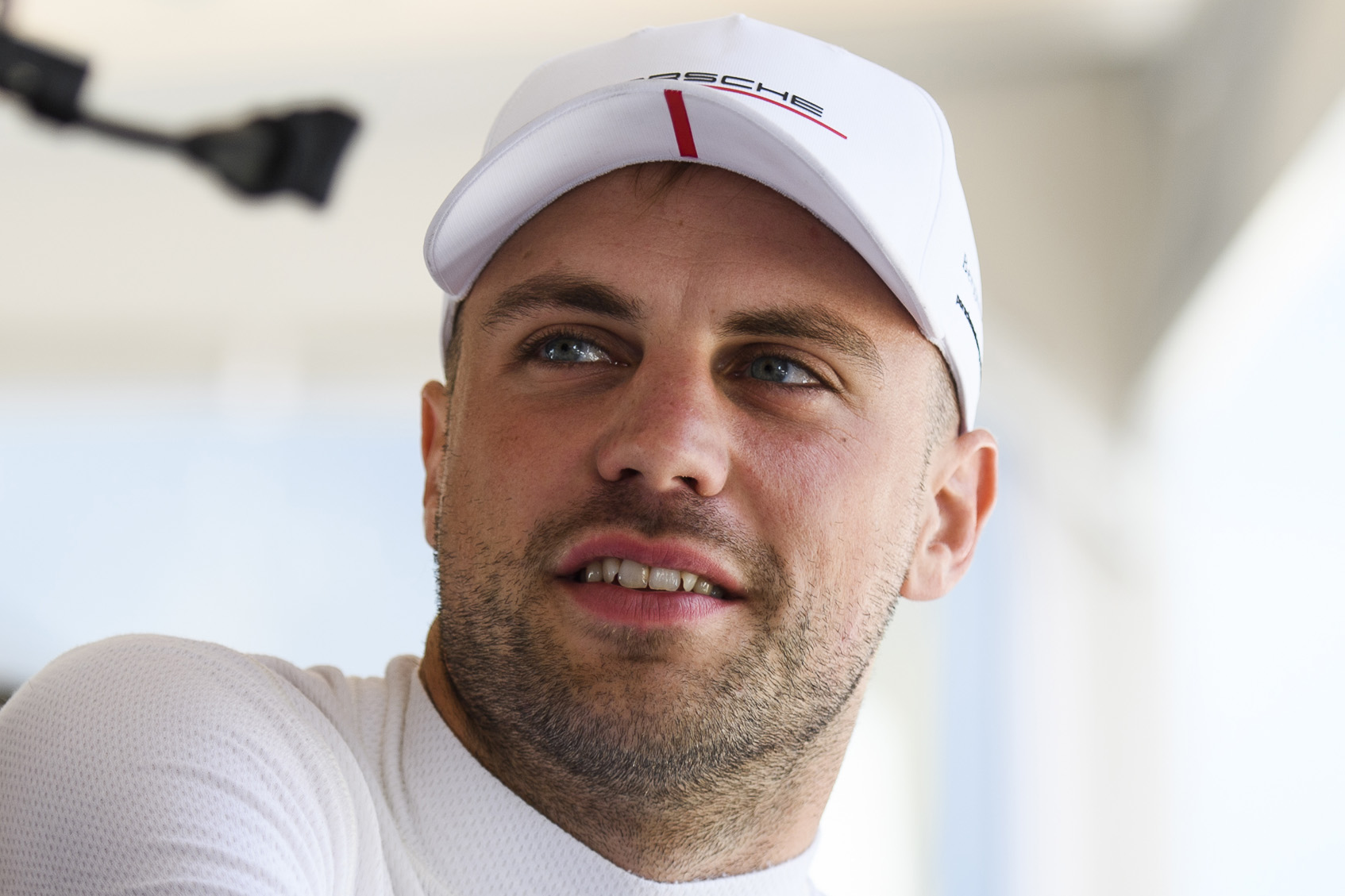 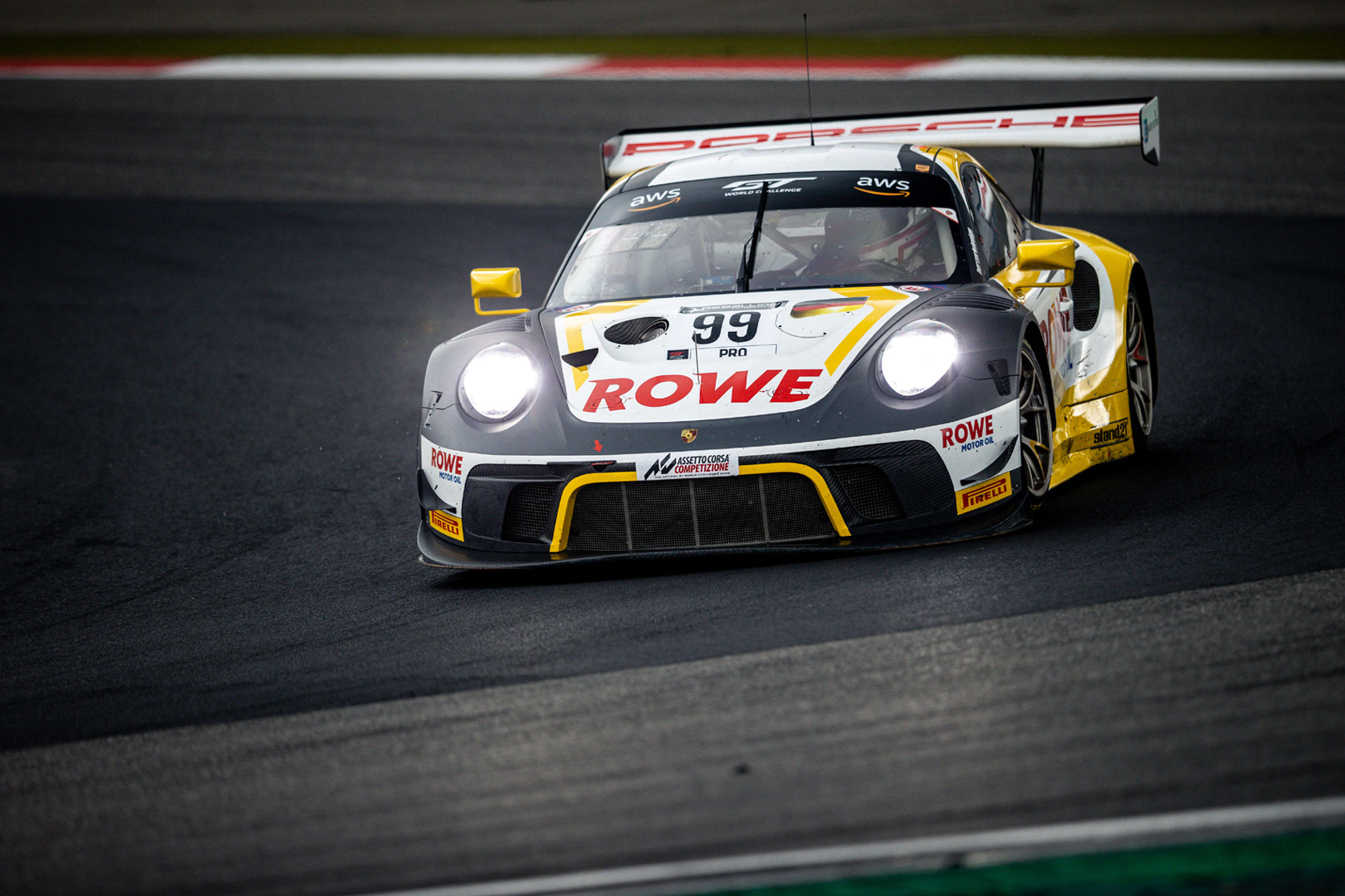