Start of a new era: ROWE RACING takes on a new challenge and enters the DTM in 2021 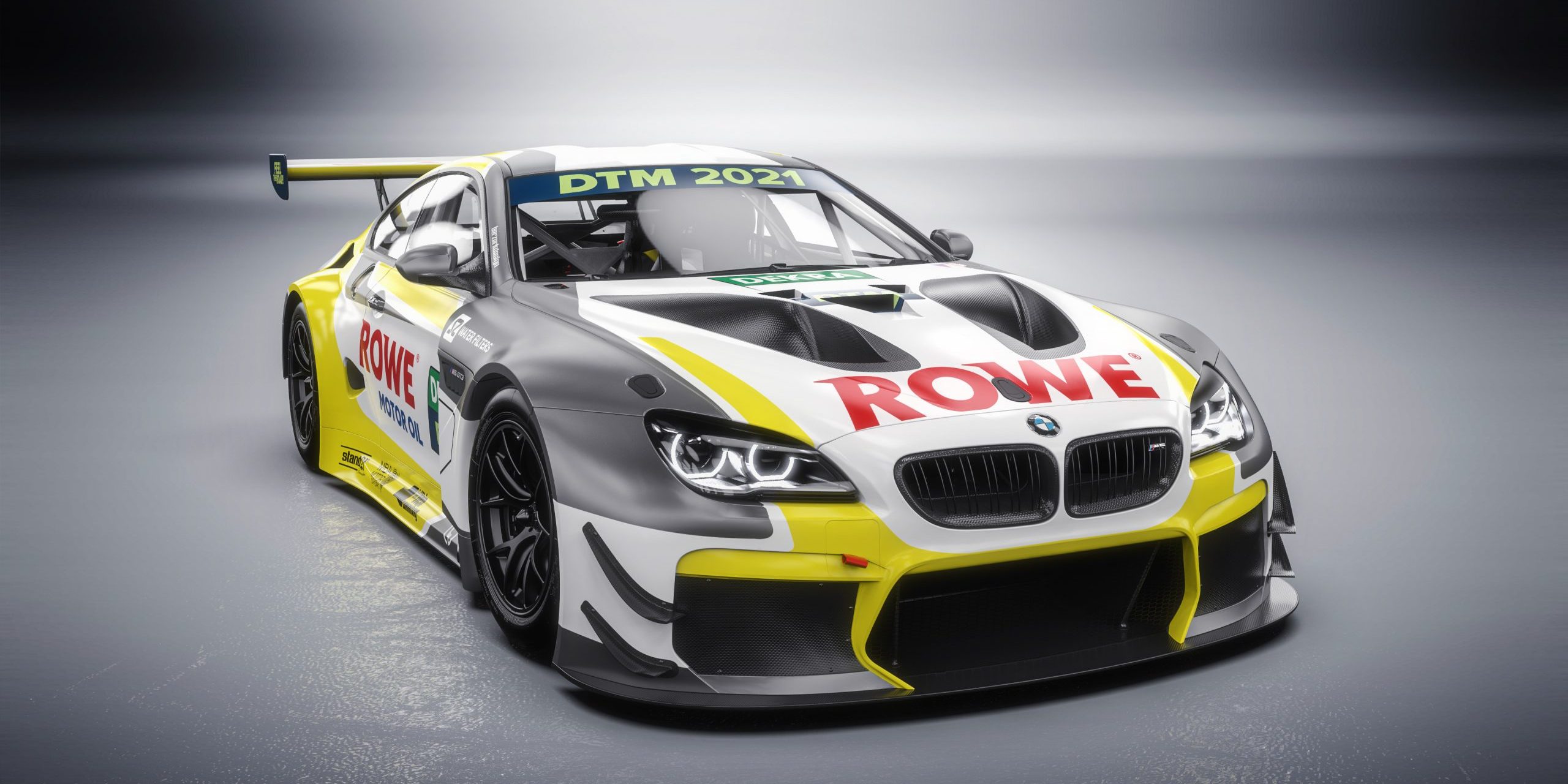 Start of a new era: ROWE RACING takes on a new challenge and enters the DTM in 2021

St. Ingbert, 1st March 2021 – ROWE RACING is taking the next step and, ten years after it was founded, is entering the DTM for the first time. The St. Ingbert team will feature on the grid in 2021, when Germany’s best-known race series features GT3 cars for the first time in its long history, heralding a new era in the process. ROWE RACING and its partner ROWE MINERALÖLWERK GMBH are putting their faith in the BMW M6 GT3 for their DTM debut. The driver line-up will be announced at a later date. The first races in the DTM will take place at Monza, Italy, on 19th and 20th June.

After the most successful year in the history of the team, with victories at the two 24-hour classics at the Nürburgring and Spa, ROWE RACING will now go head to head with the very best DTM teams of recent years. However, the switch in the technical regulations from Class 1 to GT3 cars means the cards have been thoroughly shuffled in the DTM. The grid will feature cars from at least five manufacturers, with the field including the inevitable DTM experts and former Formula 1 drivers. The car of choice for ROWE RACING is the BMW M6 GT3, with which the team from St. Ingbert has enjoyed great success over the past five years. The team won the 24 Hours of Spa in 2016, and claimed its maiden victory in the ‘Eifel Marathon’ at the Nürburgring last year.

ROWE RACING will face new challenges in the DTM. Instead of endurance races with driver changeovers, the DTM features sprint races with one driver per car. The fact that they finished in second and third at the 2019 FIA GT World Cup in Macau is a good indication that the St.  Ingbert team is well-equipped to master this latest challenge.

Before the start of the season at Monza, ROWE RACING travels to the Hockenheimring (7th/8th April) and the Lausitzring (4th to 6th May) for official tests. The opening round in Italy is followed by the traditional street race at the Norisring (3rd/4th July) and the races in the Lausitz region (24th/25th July). In August, the DTM calendar features trips to Zolder in Belgium (7th/8th August) and the Nürburgring (21st/22nd August). September’s schedule includes a further two foreign outings, at the Red Bull Ring in Spielberg, Austria (4th/5th September), and in the Dutch city of Assen (18th/19th September). ROWE RACING’s first DTM season then comes full circle with the traditional season finale at the Hockenheimring (2nd/3rd October).

Each of the eight race weekends that make up the 2021 season will feature one race on the Saturday and one on the Sunday. All 16 DTM races will be broadcast live in Germany on SAT.1. Many other countries around the world will also show the races live on television, while there will also be a comprehensive range of streaming options on the internet.

Hans-Peter Naundorf, Team Principal ROWE RACING: “Entering the DTM is a great story for ROWE RACING. The DTM has a rich tradition and has been the most popular and hiqh-class touring car series in Europe for many years. It has been on our radar, as a team, for a while. The fact that it is now finally possible for ROWE RACING to enter the DTM, thanks to the series’ switch to GT3 sports cars, is great for me personally, as my motorsport roots lie in the DTM. It is fantastic to now be there from the beginning in a DTM based on new technical regulations. Entering the DTM, with its sprint races, high-class teams and drivers, as well as cars from at least five manufacturers, is a big new challenge for our team – but one that we are happy to take on and gives us a lot of motivation. The large and loyal fan base of the DTM, and the esteem it is held in in many countries around the world, makes it very attractive for our partner ROWE MINERALÖLWERK GMBH too. Incidentally, entering the DTM does not mean that we will turn our back on our beloved endurance racing. We are also planning an extensive programme on the Nürburgring-Nordschleife this season.”

Michael Zehe, CEO ROWE MINERALÖLWERK GMBH: “The DTM has been one of the highest-quality and most popular race series in Europe for many years. It is basically Formula 1 with a roof. As a real racer, I am very proud that we are now able to play a part in this tradition with ROWE RACING. When we started out in 2011, we could only have dreamed of making it this far. To now have the opportunity to take on the very best teams and drivers on this scene is reward for ten years of hard and consistent work.”

Dr. Alexandra Kohlmann, CEO ROWE MINERALÖLWERK GMBH: “Entering the DTM is a fantastic opportunity for ROWE MINERALÖLWERK GMBH. This series not only has a large and loyal fan base in Germany, but also enjoys a great reputation around the world and an immense TV and online reach. As a global player in the field of lubricants, this allows us to actively build on our position as a premium brand and to increase our prominence in many countries. We also benefit from a technology transfer and the ability to test our products in a highly-competitive environment.”