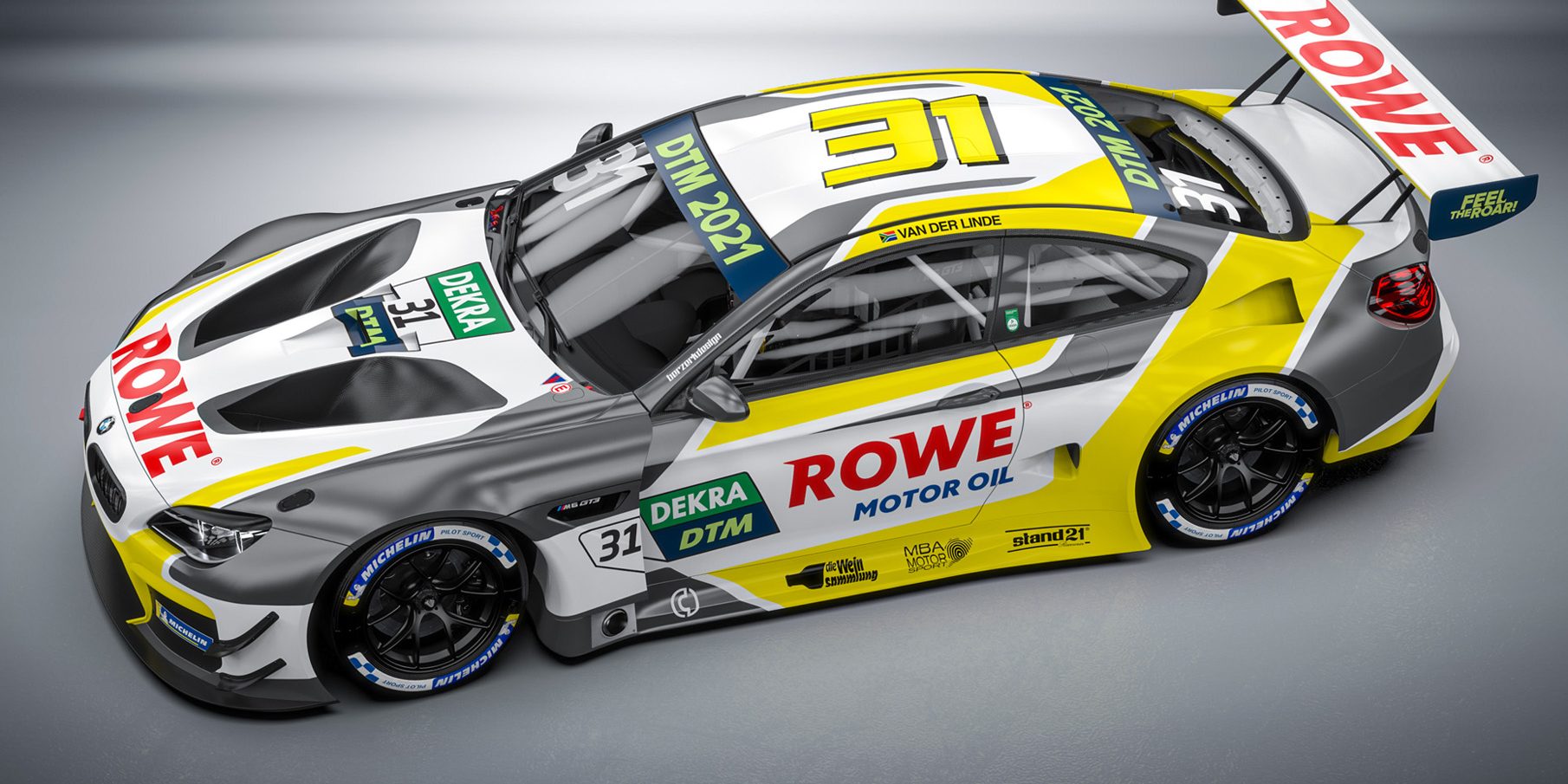 St. Ingbert, 17th March 2021 – ROWE RACING is competing with Sheldon van der Linde in the 2021 DTM season. In doing so, the iconic series will witness the first ‘battle of the brothers’ since its comeback season in the year 2000. When the 21-year-old South African takes to the track in a ROWE RACING BMW M6 GT3 for his third year in the DTM, he will face his big brother Kelvin, who is three years older and new to the series. This is the first time the ‘VDL brothers’ will have gone head-to-head over the course of a full season.

Sheldon van der Linde has been racing in the DTM as a BMW works driver in 2019 and 2020. When he made his debut, at the age of 19 years and 356 days, he was the second-youngest driver and the first South African in the history of the series, which was launched in 1984. It took just four races for Sheldon van der Linde to secure his first pole position at Zolder, Belgium. He claimed his maiden victory at Assen (Netherlands) in the 2020 season, again becoming the first South African driver to do so. To date, he has amassed 36 DTM race starts, including another podium finish, one fastest race lap and 31 laps as race leader.

Like his brother Kelvin, Johannesburg-born Sheldon van der Linde started out as a racing driver at the age of just six on the karting scene. Both brothers caught the motorsport bug from within the family. Grandfather Hennie was a successful touring car driver, winning many titles in South Africa, while father Shaun tasted success in BMW touring cars at home in South Africa and in Europe. Their Uncle Etienne also raced in various national and international series.

Having achieved success in the world of karting, Sheldon van der Linde moved into racing cars in 2014 and immediately won the South African Volkswagen Polo Cup at the first attempt. Fifteen at the time, he became the youngest racing driver in South Africa to have won a national championship – a record held previously by his brother Kelvin and his Uncle Etienne before him. Sheldon successfully defended his title the following year, before leaving his native South Africa and following his brother to Germany. His path took him via the Audi TT Cup and ADAC TCR Germany into GT3 racing in 2018. He finished runner-up alongside his brother in the ADAC GT Masters and then made the step up into the DTM.

ROWE RACING is making its first appearance in the DTM this year and is putting its faith in the tried-and-tested BMW M6 GT3, with which the St. Ingbert team has enjoyed great success over the past five years. It was with this car that ROWE RACING won the 24 Hours of Spa in 2016 and the ADAC 24h race at the Nürburgring last year. The BMW M6 GT3 and the team will make their DTM debut on 19th and 20th June at Monza, Italy. The remaining races will take place at the Norisring (3rd/4th July), the Lausitzring (24th/25th July), Zolder (7th/8th August), the Nürburgring (21st/22nd August), the Red Bull Ring in Austrian Spielberg (4th/5th September), Assen (18th/19th September), and the Hockenheimring (2nd/3rd October). Each of the eight race weekends feature one race on the Saturday and one on the Sunday.

Hans-Peter Naundorf, Team Principal ROWE RACING: “We are very pleased to line up with Sheldon van der Linde in our first DTM season. We consciously went for him, because, on one hand, he is still a young driver. On the other hand, he already has a lot of experience in the DTM and has shown his class there. He is a very good fit for our expectations and ideas for the DTM, and will help us to implement our concept and achieve the best possible performance. The fact that we will see the first sibling rivalry in DTM in this millenium is a nice spin-off for us. I assume it will be an extra motivation for Sheldon to finish ahead of his big brother.”

Sheldon van der Linde, #31 ROWE RACING BMW M6 GT3: “Firstly, I am delighted still to be racing in the DTM in a BMW. After two years and many highlights in the series, my goal is now to use the experience I have gained. In doing so, I want to help improve both myself and the team. I am very proud to be part of the ROWE RACING project, and would like to thank the team for the trust they have all put in me. On the other side, I am really pleased that Kelvin has also made it into the DTM. We have both always dreamed of driving in the DTM at some point. It is simply unbelievable that, from June, we are actually going to be facing each other in the biggest touring car series in the world.”