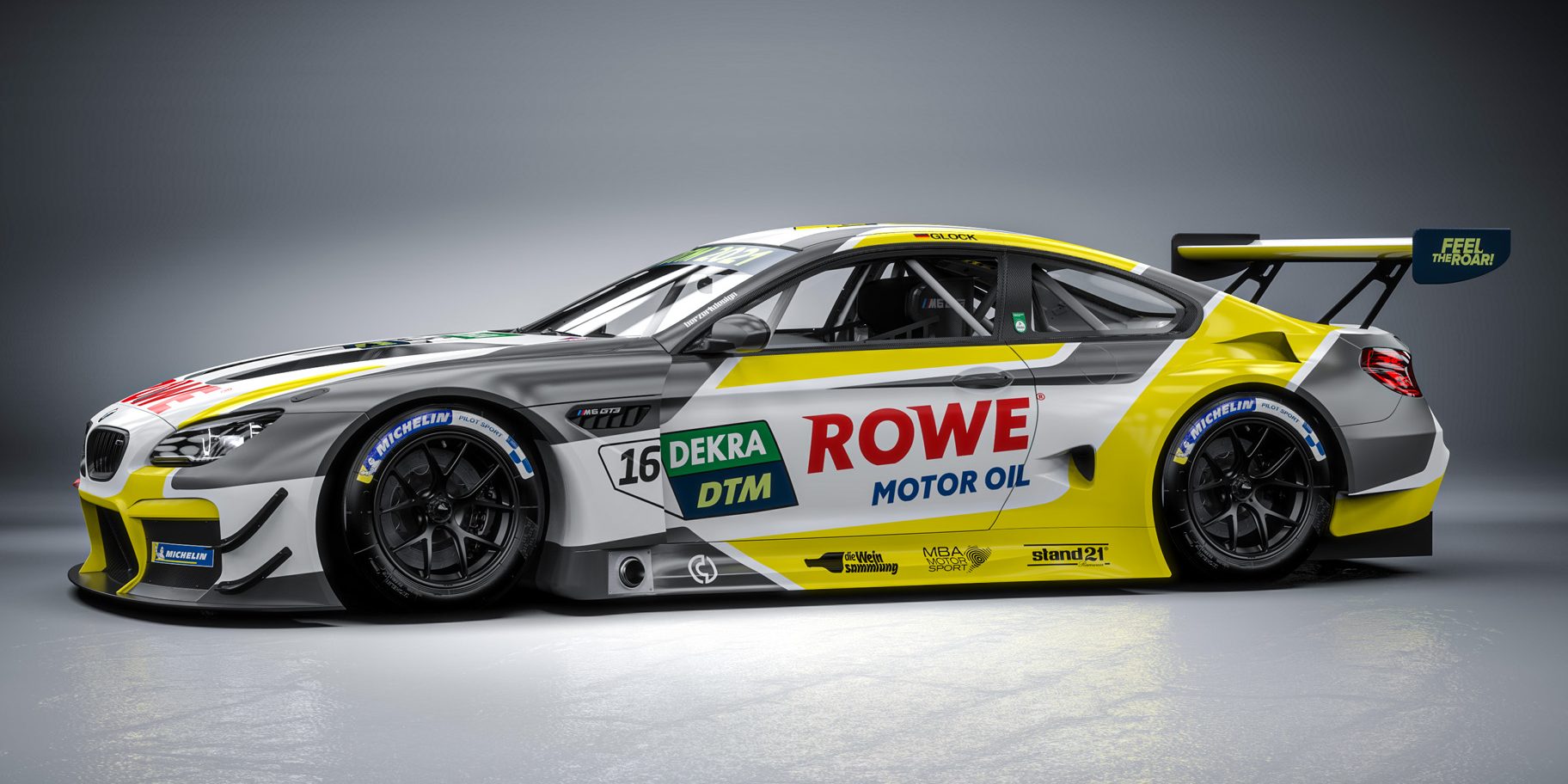 ROWE RACING has secured the services of Timo Glock for its first season in the DTM. This sees the fan favourite stay true to the iconic series and enter his ninth DTM season overall in a BMW M6 GT3 of the St. Ingbert team with his regular car number 16. The 39‑year‑old from the Odenwald region in Germany brings both his speed and his huge wealth of experience from 91 Formula 1 races and 130 DTM starts to the team, and he has already made his first visit to their HQ in St. Ingbert (see the video). With Timo Glock and Sheldon van der Linde, the two best‑placed BMW drivers in the overall standings of the final Class One year in 2020 will be representing ROWE RACING in the 2021 DTM season.

Timo Glock contested the DTM as a BMW works driver from 2013 to 2020 and was one of the most well-known and popular drivers. In terms of sport, he has competed in 130 races in the DTM, in which Timo Glock celebrated five wins and ten further podiums. He also started from pole position six times, set the fastest race lap five times and led the DTM field for 159 laps.

After starts in various Formula junior series, Timo Glock made it into Formula 1 at the age of just 22 in 2004, and picked up two championship points for finishing seventh in his very first race in Montreal, Canada, as a reserve driver for Jordan. After a total of four races in 2004, a season in the Champ Car series in the USA followed, and in 2006 he switched to the GP2 series, where he won the title in 2007. After also being a reserve driver for BMW Sauber in 2007, Timo Glock was given a regular Formula 1 cockpit at Toyota in 2008. In two years with the Japanese team, he celebrated two second places and one third place, as well as one fastest lap. After Toyota withdrew from Formula 1, he represented Virgin and Marussia in the elite class between 2010 and 2012. With his experience from 91 races, in addition to his driving career in the DTM, Timo Glock is in demand as a Formula 1 TV expert, initially on RTL and, as of this season, on Sky.

At ROWE RACING, Timo Glock will contest his first full season in a GT3 car. The reliable BMW M6 GT3 has seen the St. Ingbert team celebrate numerous successes over the past five years, such as the overall wins at the 24 Hours of Spa in 2016 and at the ADAC 24h race at the Nürburgring in 2020. On 19th and 20th June, ROWE RACING and the BMW M6 GT3 will make their DTM debut at Monza, Italy; before that there will be official test drives at the Hockenheimring (7th/8th April) and the Lausitzring (4th to 6th May). The other races will be held at the Norisring (3rd/4th July), Lausitzring (24th/25th July), Zolder in Belgium (7th/8th August), at the Nürburgring (21st/22nd August), the Red Bull Ring in Spielberg, Austria (4th/5th September), as well as at Assen in the Netherlands (18th/19th September) and at the Hockenheimring (2nd/3rd October). On each of the eight race weekends in total, there will be one race on Saturday and one race on Sunday.

Hans-Peter Naundorf, Team Principal ROWE RACING: “It is absolutely fantastic for us to be able to work with a driver like Timo Glock. This is yet another highlight in our team’s history. No doubt we will all be able to learn a great deal from him, with his immense experience and his expertise he will be of great help to us in our new competitive arena of the DTM. His driving skill is indisputable and on top of that he is a huge fan favourite, who will hopefully bring plenty of joy to the fans in our car as well. It is a real honour to have Timo Glock on board for the 2021 season.”

Timo Glock, #16 ROWE RACING BMW M6 GT3: “I’m delighted to be able to stay in the DTM in 2021. First off, I would like to say kudos to Gerhard Berger and the ITR, who did a fantastic job to retain this platform and produce a great starting field. It is brilliant that I get to drive for ROWE RACING. Hans-Peter Naundorf’s team has a lot of experience and has already enjoyed a lot of success. They have won everything there is to win in endurance racing. I’m really looking forward to working with the team and with Sheldon van der Linde, who is a really fast, young guy. Even though I am the older one of us both, I can probably learn more from him because he has much more experience with the BMW M6 GT3. Let’s see what we can do this season; no doubt it will be an exciting year. I can’t wait for the first test drives and the first race at Monza.”