ROWE RACING, Timo Glock and Sheldon van der Linde kick off the 2021 DTM season with a test in Hockenheim 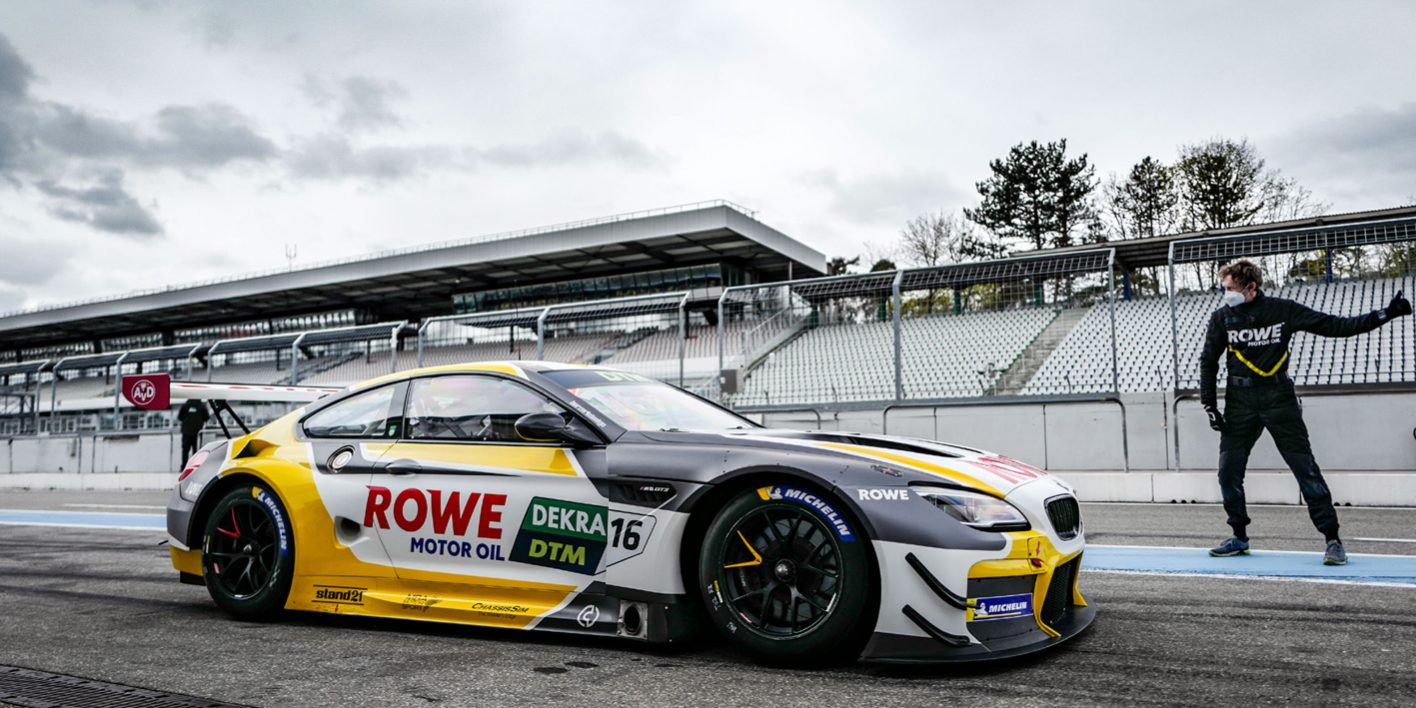 ROWE RACING, Timo Glock and Sheldon van der Linde kick off the 2021 DTM season with a test in Hockenheim

ROWE RACING has arrived in the DTM: the team from St. Ingbert kicked off its first season in the DTM with the official two-day test at the Hockenheimring Baden‑Württemberg. The two ROWE RACING drivers, Timo Glock and Sheldon van der Linde, completed a total of 183 laps with the BMW M6 GT3 over the course of Wednesday and Thursday – a perfect opportunity for them to familiarise themselves with their new car and new team, which attended the test with a crew of 15.

After Wednesday’s test work was affected by cold and very unsettled weather, with rain and snow showers, the conditions improved significantly on Thursday. This allowed the two experienced DTM drivers to get a lot of kilometres under their belt on a dry track, and to gather valuable data and knowledge as they continue to prepare for the first to races of the season on 19th and 20th June in Monza, Italy. In total, former Formula 1 driver Timo Glock and South Africa’s Sheldon van der Linde covered 837 kilometres on the GP circuit in Hockenheim, achieving a top speed of 268 km/h.

Performance and top times were not yet top of the list of priorities for ROWE RACING in Hockenheim. The team focussed far more on trying out different set-ups and testing the new Michelin tyres, as well as establishing processes with the two new drivers. The team from St. Ingbert also ran two different car settings, on the request of series organiser ITR, in order to gain sufficient information to compile the Balance of Performance. The aim of the BoP is to bring the performance of the conceptually very different GT3 cars from currently four different manufacturers to the same level for the start of the season.

ROWE RACING’s next DTM outing is in four weeks’ time. The Lausitzring will host the second and final official test from 4th to 6th May, before the opening race weekend features the first two of the season’s 16 races.

Hans-Peter Naundorf, Team Principal ROWE RACING: “It was an exciting moment for our team, to take to the track and officially kick off our first DTM season at the test in Hockenheim. Despite the difficult conditions on the first day, it was still a good test, as we were able to give the two drivers a lot of time to familiarise themselves with the car and the team. Timo and Sheldon are two absolute top drivers, who immediately integrated themselves in our familiar workflows and internal communications. As well as the BoP tests, we also gathered a lot of information about the way the BMW M6 GT3 interacts with the new Michelin tyres. We now have a bit of time between now and the next test at the Lausitzring, in which to calmly analyse all the data and then apply the findings to our next assignments.”

Timo Glock, #16 ROWE RACING BMW M6 GT3: “I really enjoyed the test. It is a new experience for me in the BMW M6 GT3, which I last drove four years ago. As such, a lot of things were obviously new to me, and the new Michelin tyres were also a relatively big change. However, it worked out well and we were able to work through our programme nicely. It was great fun with the team. Everything was very uncomplicated and ran smoothly. It was a successful first test, but we still have a bit of work ahead of us. We have a bit to analyse for the next test at the Lausitzring.”

Sheldon van der Linde, #31 ROWE RACING BMW M6 GT3: “I think it was a very positive test for us, two positive days in terms of mileage and gathering data for the next test at the Lausitzring. That is the most important thing for the team. It’s a new tyre that we have this year. So there is a lot to learn from the driver and the team side. I personally learnt a lot in the two days. We are looking forward to the next test now. We have a lot of data to look in before we go to the Lausitzring. It was also nice to see the team and to get know everyone a bit better over these two days. It’s a very nice team and I’m sure with ROWE and ‘HP’ Naundorf we are able to push the team forward before the Lausitzring and take some good steps forward. I’m just looking forward to getting back in the car.”