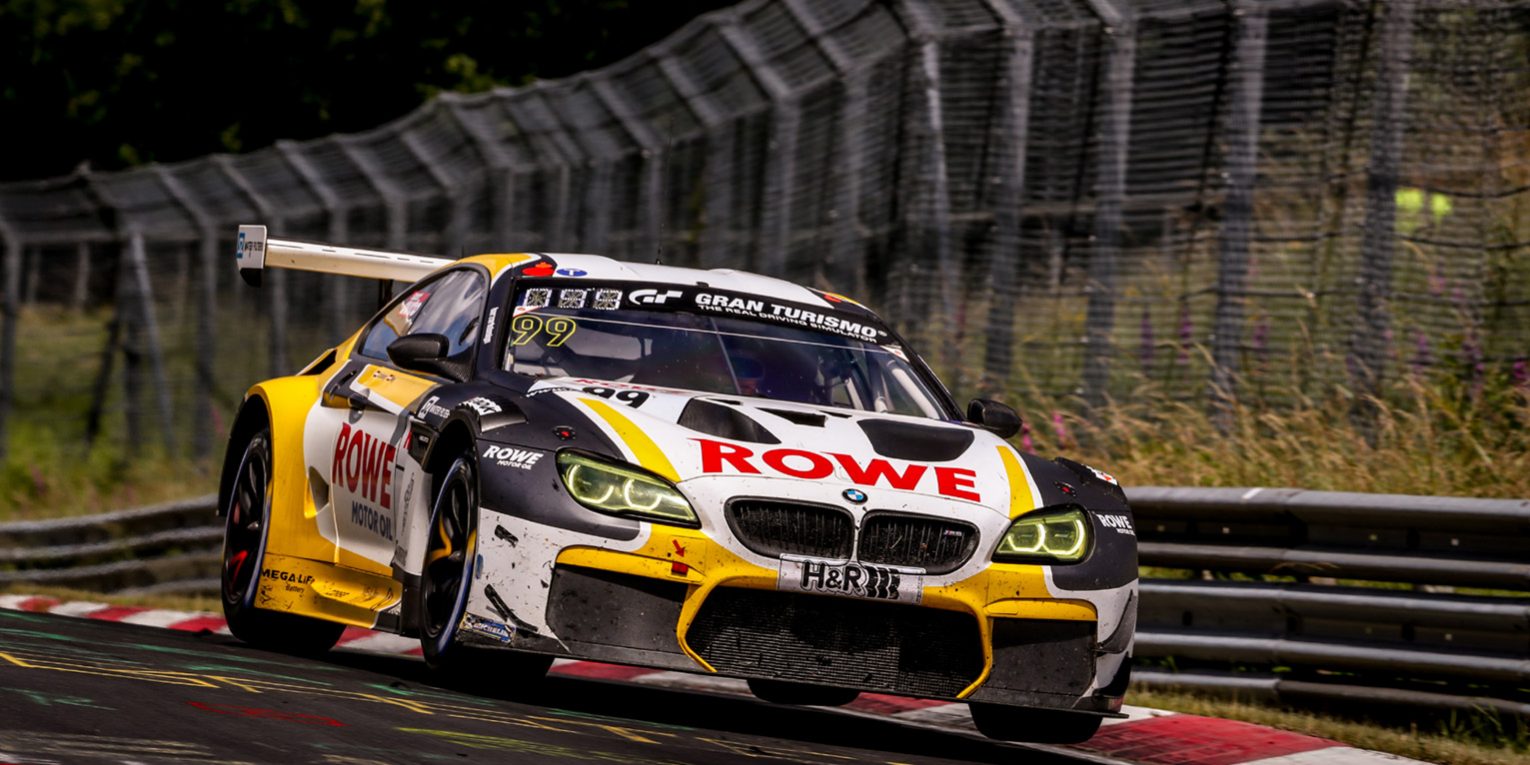 Two BMW M6 GT3 in action in the Nürburgring Endurance Series (NLS) / Most intense ten days of the year lie ahead for the team from St. Ingbert

ROWE RACING has its sights set on getting the first race laps of the year under its belt at the second attempt. This Saturday (1st May), the team from St. Ingbert lines up with two BMW M6 GT3 in the 62nd EIBACH ADAC ACAS Cup, round three of the Nürburgring Endurance Series (NLS). After the original season-opener was cancelled at short notice due to snow in the Eifel Mountains a month ago, the team is now hungry to finally complete its first race laps of the 2021 season. When it does so, it will be looking to follow on from the performance it produced on 26th and 27th September 2020. Back then, ROWE RACING won the “Eifel Marathon” for the first time in the team’s ten-year history.

Exactly 216 days after that triumph, Dutchman Nick Catsburg and Britain’s Nick Yelloly will be back at the wheel of the #99 BMW M6 GT3 on Saturday. They will be supported by BMW works driver John Edwards from the USA. Like his compatriot Connor De Phillippi, Edwards missed the entire 2020 season on the Nordschleife due to travel restrictions resulting from the COVID‑19 pandemic. He then had to fly home at the end of March without getting a single kilometre of racing under his belt. On Saturday, Connor De Phillippi will be one of a trio of BMW works drivers at the wheel of the #98 BMW M6 GT3, alongside the two former DTM champions Martin Tomczyk and Marco Wittmann from Germany. While Wittmann drove for ROWE RACING in 2020, Tomczyk returns to the team after an absence of roughly three years.

The race on “Labour Day” heralds the start of what is probably the most intense period of the whole year for ROWE RACING – with two races in a row at the Nürburgring and the interjacent official DTM test at the Lausitzring in the space of just ten days. After the NLS race in the Eifel region, the team returns to its headquarters in St. Ingbert on Saturday evening. The trucks will then be reloaded on Sunday, in order to be sent on their way to Lusatia that evening. On Monday, everything will be assembled for the DTM test, which gets underway on Tuesday. The team will then pack everything away again on Wednesday and return to the Saarland. On Thursday, the two Nordschleife cars and all the necessary parts will be loaded into the trucks. The team will then move back into the paddock at the Nürburgring on Friday for the 24h qualifying race. The first practice sessions take place there on the Saturday, before the race on the Sunday (9th May).

Hans-Peter Naundorf, Team Principal ROWE RACING: “After the weather forced the cancellation of the season-opener, we are all hoping that we can complete our first official race laps of the year on the Nordschleife this Saturday – ideally in warmer and sunnier conditions than we had one month ago. At least we were able to do some testing on the Friday back then, and we are now looking to build on what we discovered in March. As well as Nick Catsburg, it is nice to see another of the drivers who won the 24h race with us in 2021 back in ROWE RACING colours, in the form of Nick Yelloly. I am also delighted that Martin Tomczyk, with his wealth of experience and positive demeanour, is back in the team after almost three years away. We have a few very stressful days ahead – particularly for our mechanics and truck drivers. Although we will be running a different car at the DTM test at the Lausitzring to the two races at the Nürburgring, the whole team still faces a logistical challenge to attend three events within ten days, not to mention the many kilometres spent on the motorway.”