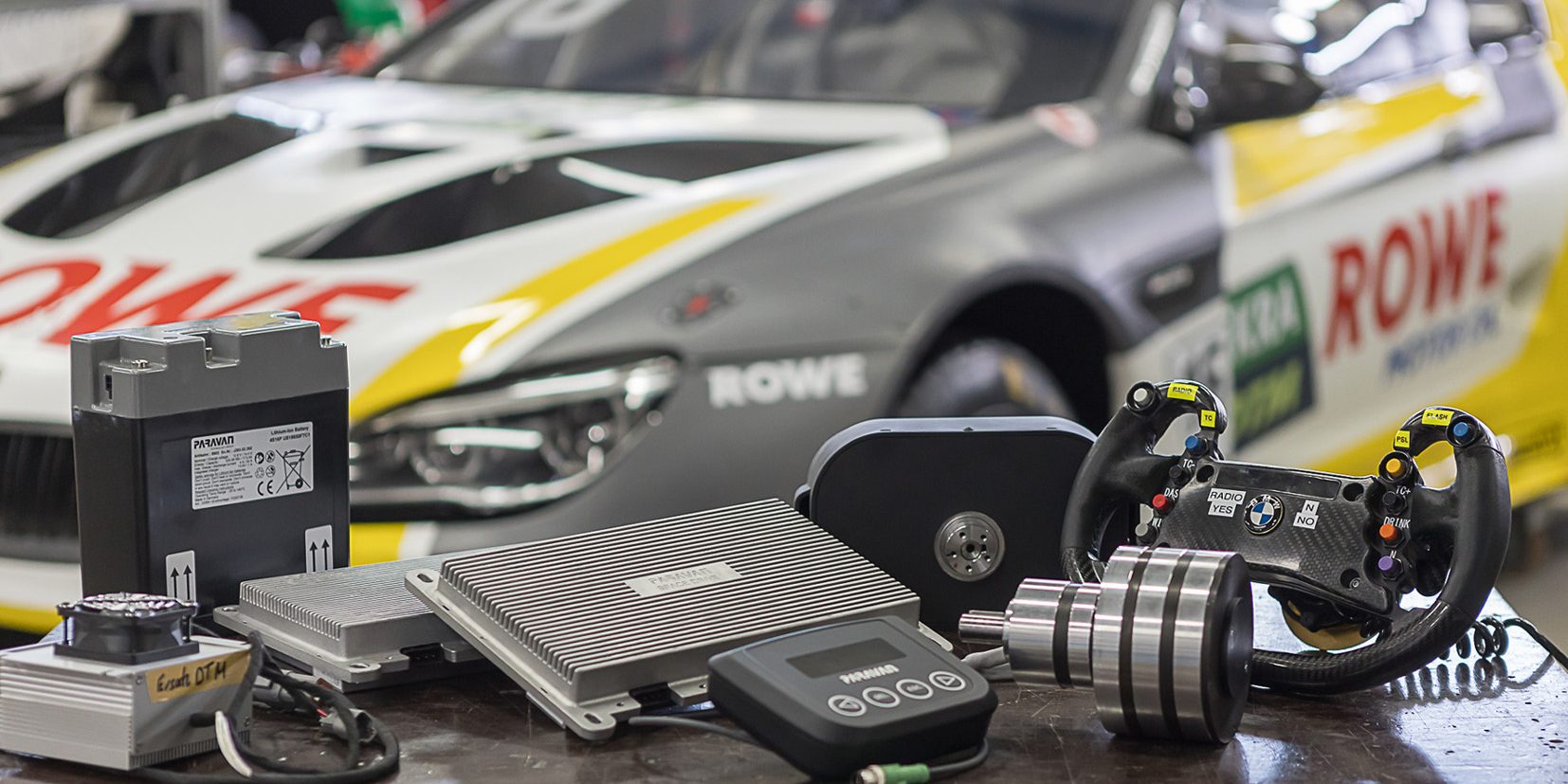 ROWE RACING and Timo Glock will put their faith in the innovative Space Drive steering system from Schaeffler Paravan in the 2021 DTM season. The #16 BMW M6 GT3 of the former Formula 1 driver and darling of the DTM public no longer has a mechanical link between the steering unit and the steering gear. Instead, the steering is done using steer-by-wire technology, which means that the driver’s steering commands are transferred electronically to the wheels. Next Tuesday, Timo Glock will drive the modified car for the first time during official DTM testing at the Lausitzring.

After successful test outings with the steer-by-wire system from Schaeffler Paravan at the ADAC 24h race at the Nürburgring, in the GTC Race touring car series, and in rallying, ROWE RACING now becomes one of the first teams to compete with Space Drive in the fiercely-competitive DTM. While 39‑year‑old Timo Glock, who brings a vast wealth of experience from 91 Formula 1 races and 130 DTM starts to the project, will steer his BMW M6 GT3 using steer-by-wire technology in the 2021 season, his ROWE RACING team-mate Sheldon van der Linde from South Africa will have a classic steering system in the #31 BMW M6 GT3. As such, he will provide valuable reference data for the further development of Space Drive.

The #16 BMW M6 GT3 with the steer-by-wire system, driven by Timo Glock, will make its first two race appearances at the DTM season-opener in Monza, Italy, on 19th and 20th June. This will be followed by a further seven race weekends, each featuring two DTM races, in Germany, Belgium, Austria and the Netherlands.

Hans-Peter Naundorf, team principal ROWE RACING: “It is exciting to be involved from the outset in the introduction of a technology like the steer-by-wire system in such a highly-professional racing series as the DTM. With the extreme demands it places on the cars, motorsport is the ideal testing platform for a pioneering technology like this. In a few years, this will become an everyday component of modern automobiles, as doing away with a classic steering column offers greater freedom in terms of design. Thank you to Schaeffler Paravan for trusting us to implement this extremely interesting project.”

Timo Glock, #16 ROWE RACING BMW M6 GT3: “I have driven with a joystick at Schaeffler Paravan before, and also with a road car. It felt good. However, a steer-by-wire system in a race car is completely different. I am very excited about it. It is a totally new challenge and a project that will help shape the future of the automobile, whether in a race car or on the streets. In motor racing, we test a lot of things that are subsequently used in production vehicles. I am looking forward to the challenge of developing this topic with Schaeffler Paravan, ROWE RACING and BMW.”

Roland Arnold, CEO Schaeffler Paravan Technologie GmbH & Co. KG and founder of Paravan GmbH: “The BMW M6 GT3 from ROWE RACING is the very first BMW GT3 car to be equipped with Space Drive, to continue development of the steer-by-wire technology together with ROWE RACING and test this under the toughest conditions. Over the past two years, we have already gained some important inspiration at the racetrack, which we have used in the further development. By having Timo Glock in the BMW M6 GT3 with Space Drive, and Sheldon van der Linde in an identical BMW M6 GT3 with conventional steering, we are now able to directly compare the technology. This will give us important stimulus in terms of the development of the technology. In Hans-Peter Naundorf and ROWE RACING, we have an extremely experienced partner on our side, both in terms of vehicle development and the DTM.”