ROWE RACING kicks off the Nordschleife season with the fastest race laps, and fifth and sixth place 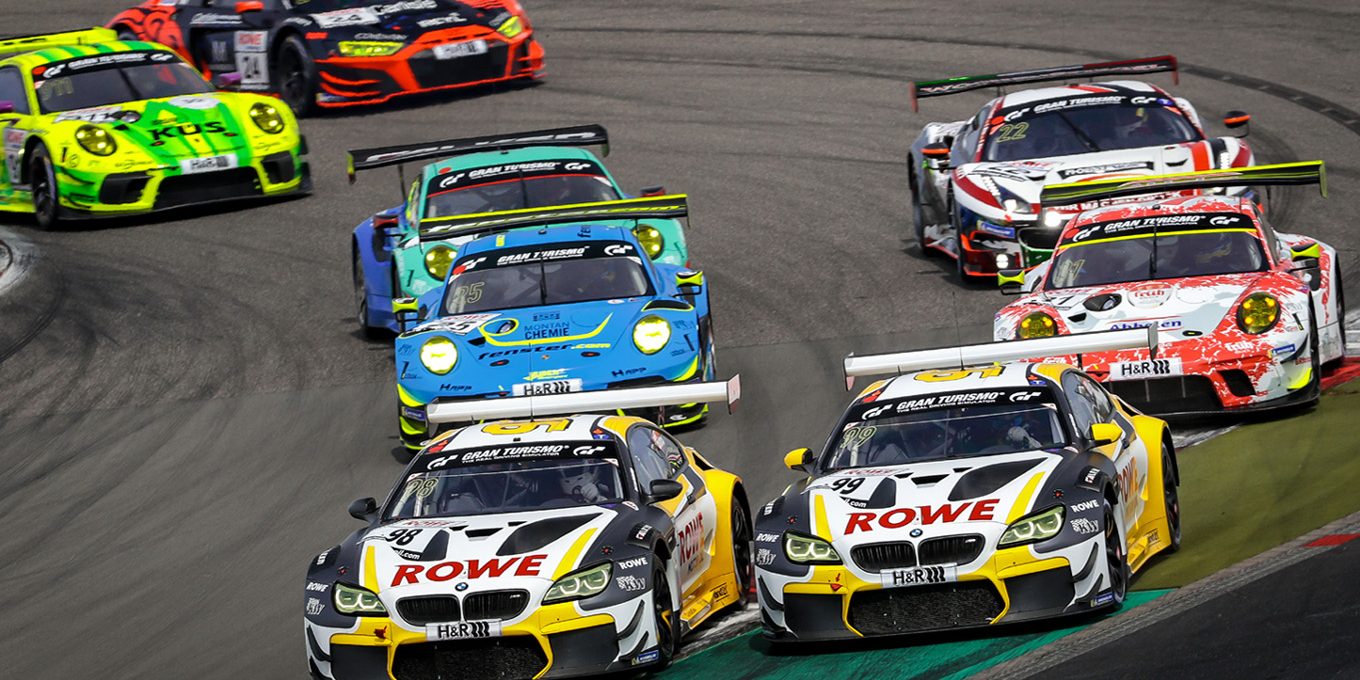 ROWE RACING kicks off the Nordschleife season with the fastest race laps, and fifth and sixth place

Both cars on the second row of the grid and the two fastest laps of the race: ROWE RACING made its mark at the delayed start to the Nordschleife season, and was in the thick of the action at the front of the field. Dutchman Nick Catsburg, John Edwards from the USA and Britain’s Nick Yelloly eventually finished fifth in the #99 BMW M6 GT3, behind a quartet of Porsches, at the 62nd EIBACH ADAC ACAS Cup, round three of the Nürburgring Endurance Series (NLS). The #98 BMW M6 GT3, in which German DTM champions Marco Wittmann and Martin Tomczyk shared the driving duties with American Connor De Phillippi, crossed the finish line in sixth place, just three seconds behind the first ROWE RACING car.

On race day (Saturday), ROWE RACING was accompanied by a camera team from Saarländischer Rundfunk, who had also visited the team’s headquarters in St. Ingbert during its preparations for the NLS race. The feature will be shown on the Sportarena programme, which begins at 18:45 on Sunday (2nd May).

A number of incidents meant that qualifying was interrupted several times and eventually ended early. The two ROWE RACING cars gave a determined performance to secure start positions on the second row of the grid. The race was then delayed by 30 minutes, but when it did get underway, Marco Wittmann started from third place in the #98 BMW M6 GT3, with Nick Catsburg fourth on the grid in the #99 car. Nick Catsburg managed to pull ahead of his team-mate at the start and set the fastest lap of the entire race on lap two, in a time of 7:56.465 minutes. On the same lap, Marco Wittmann was just half a second slower. His time of 7:56.973 minutes was the second-fastest lap at the end of the race.

After Nick Catsburg climbed into second place for a while on lap three, the two ROWE RACING BMW M6 GT3s went their separate ways for much of the race after lap six as they pursued different pit stop strategies. However, in the closing stages of the race, the two finishing drivers, Connor De Phillippi in the #98 and Nick Yelloly in the #99, found themselves close together again. The two drivers swapped places again on the penultimate lap of the 28-lap race.

After a trip to the DTM tests at the Lausitzring on Tuesday and Wednesday, ROWE RACING returns to the Eifel Mountains next weekend, where it will contest the 24h qualification race on Sunday (9th May) – the dress rehearsal for the 49th ADAC 24h race (5th/6th June).

Hans-Peter Naundorf, Team Principal ROWE RACING: “We are pretty satisfied with our first Nordschleife outing of the year. Anyone who can set the fastest race lap on this circuit is well-positioned when it comes to pure speed. However, we are not right up there in the heavy traffic and during yellow flags. We are simply lacking the performance at the moment. Let’s see whether that changes. On the whole, we worked well throughout the full race and hardly made any mistakes. However, we do still have a few things we can improve. In seven days, we will be back on the Nordschleife for the 24h qualification race where we will conclude our test programme for the ADAC 24h race.”