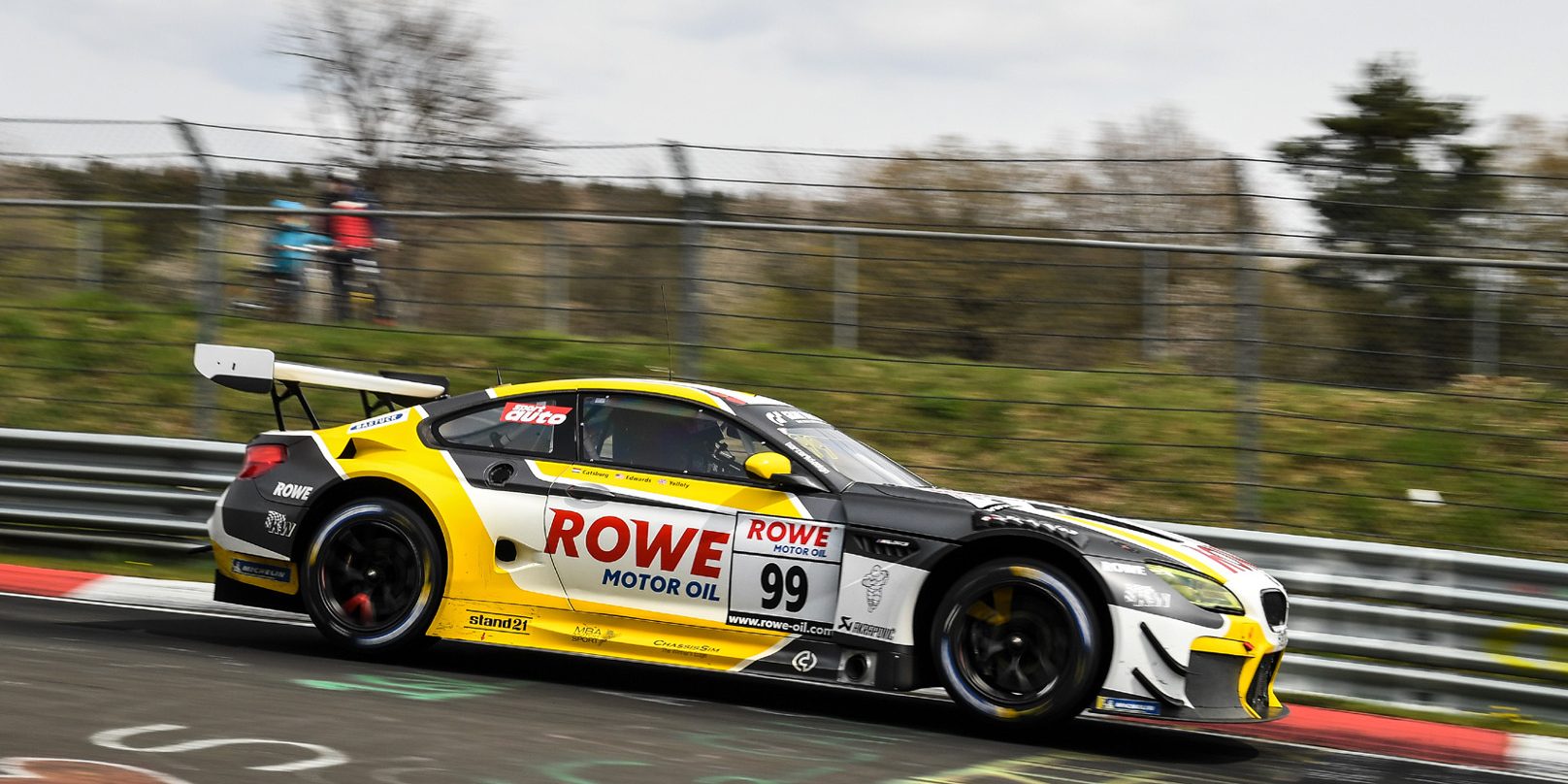 Sheldon van der Linde all set for his race debut for the team from St. Ingbert - again / First kilometres of the season on the Nordschleife for Philipp Eng

This weekend, ROWE RACING is at the Nürburgring for the 24h qualification race – the dress rehearsal for the 49th ADAC 24h race. With two BMW M6 GT3s and eight top-class drivers, the St. Ingbert team will conclude its preparations for the highlight of the Nordschleife season, as it looks to defending its title on 5th and 6th June. The film ‘The Double’, which can be watched here, relives the triumph at the ‘Eifel Marathon’ in September 2020 and the victory at the 24 Hours of Spa just four weeks later.

The 24h qualification race on Sunday (9th May) will also see Sheldon van der Linde make his race debut for the ROWE RACING team, after round one of the Nürburgring Endurance Series (NLS) was cancelled due to snow at the end of March. The South African will drive for the St. Ingbert team in this year’s DTM. At the weekend, Sheldon van der Linde will share the cockpit of the #98 BMW M6 GT3 with a trio of BMW works drivers, consisting of German DTM champions Martin Tomczyk and Marco Wittmann, and Connor De Phillippi from the USA.

Two of last year’s 24h winners will take their place at the wheel of the #99 car. Dutchman Nick Catsburg and Britain’s Nick Yelloly will be supported by BMW works drivers John Edwards (USA) and Philipp Eng from Austria. Like Sheldon van der Linde, ROWE RACING ‘institution’ Philipp Eng, who was involved in the team’s victory at the 24 Hours of Spa back in 2016, is looking forward to his first Nordschleife laps of the year, after he too was affected by the cancellation of the race at the end of March.

Before then, ROWE RACING will take to the Nordschleife for Saturday’s free practice between 12:15 and 13:45. The first qualifying session is scheduled from 18:45 to 21:15. After the second qualifying session from 08:30 to 09:30 on Sunday, the Top‑30 Qualifying between 10:30 and 11:10 gives all the top teams the opportunity to prepare for the individual time trials that are also a feature of the ADAC 24h race. The race then gets underway at 12:00 and lasts six hours.

Hans-Peter Naundorf, Team Principal ROWE RACING: “The 24h qualification race concludes our preparations for the highlight of the season on the Nordschleife – the ADAC 24h race, in one month’s time. We are looking forward to this dress rehearsal, which will hopefully take place in warmer weather, allowing us to test the tyres at higher temperatures. We want to give all our drivers the opportunity to get as many kilometres as possible under their belts. This is particularly important for our DTM driver Sheldon van der Linde and Philipp Eng, who are both yet to complete a race lap of the Nordschleife this year, following the cancellation of round one of the NLS. The 24h qualification race also gives us the opportunity to check out the performance of our rivals and to see how we compare to them.”