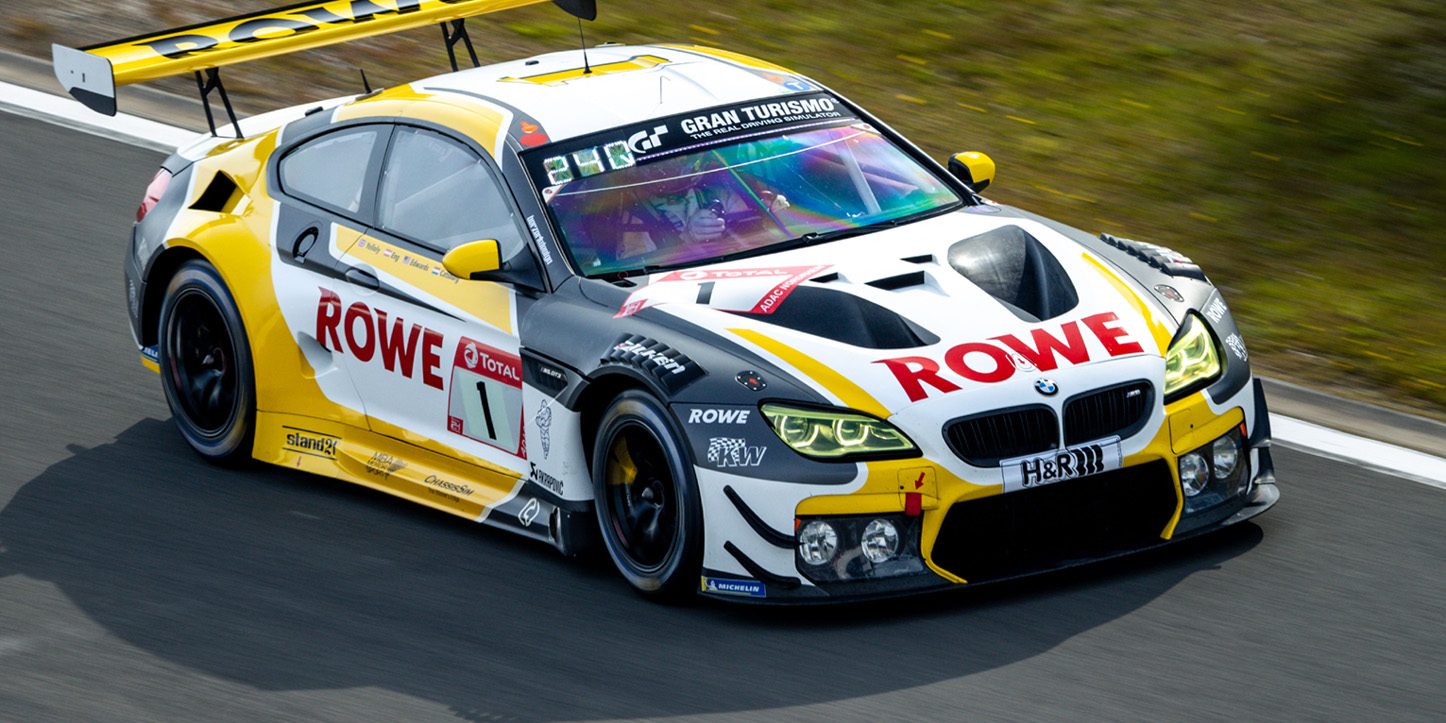 After a dress rehearsal that wasn’t quite flawless, ROWE RACING has work to do before the 49th edition of the ADAC 24h race on 5th and 6th June. The team from St. Ingbert needs to find a little more race speed in order to be ready for Mission Defend Title at the Nürburgring-Nordschleife.

At the first appearance with the #1 of last year’s winners instead of the familiar #99, Dutchman Nick Catsburg and Brit Nick Yelloly of the 2020 winning crew finished in P8 alongside the two BMW works drivers John Edwards of the USA and Philipp Eng of Austria in the 24h qualifying race. After a total of 1,040.498 kilometres it was actually the #98 sister car that crossed the finish line in that position 23.9 seconds earlier. However, because an oversight of the team resulted in the former German DTM champion Marco Wittmann as the closing driver completing only four instead of the stipulated five laps, he and his three BMW works driver colleagues Sheldon van der Linde of South Africa, who made his race debut for ROWE RACING, Connor De Phillippi of the USA and the second German former DTM champion Martin Tomczyk were disqualified retrospectively.

There was a brief moment of terror on Sunday morning when Nick Yelloly came off the track in the second qualifying session and damaged the left front wheel suspension of the #1 BMW M6 GT3. An extraordinary feat saw the St. Ingbert team repair last year’s winning car in the space of about 40 minutes, securing a place in the top 30 qualifying, in which Nick Yelloly then finished in 18th place without any preparation and Marco Wittmann clinched eighth on the grid for the #98. Martin Tomczyk gained two places on the first lap and was initially among the leaders. The car was in the top ten for most of the race, but was unable to break into the front-runners.

The team sent the #1 into the race with an alternative strategy of an early first pit stop. That saw ROWE RACING ‘institution’ Philipp Eng temporarily move into P2 shortly before the half-way point in the race at his first Nordschleife appearance this season. However, the longer downtimes in the pit that come with that tactic ultimately saw the quartet gradually drop down the field.

After the ten most stressful days of the year with two Nordschleife races and the detour to the Lausitzring for the two-day DTM test in between, the team from St. Ingbert now has a few days to recharge its batteries before the intensive preparation for the season highlight at the Nürburgring gets underway. The first qualifying session for the ADAC 24h race is scheduled for Corpus Christi on 3 June. Then, the 49th ‘Eifel Marathon’ will get underway at 15.30 CEST on 5th June.

Hans-Peter Naundorf, Team Principal ROWE RACING: “First of all, I have to say kudos to my team, who, with a tour de force and total determination repaired the #1 after the accident in the second qualifying session in time for the top 30 qualifying session. They replaced the suspension at the front left, bumper, bonnet and radiator, laid new cables for the vehicle electronics and measured the car again quickly. It was amazing to watch. Then, in the top 30 qualifying we were up there with both cars, but the whole field was incredibly close. I have rarely seen anything like it. Then in the race we maintained our performance from the previous weekend, but others had gotten faster. At least we were able to test tyres we hadn’t used before in the warmer temperatures. Unfortunately, we ended up making a strategic error because we were too focussed on the telemetry after experiencing engine problems with the #98 so we didn’t notice that Marco Wittmann would be one lap under the minimum driving time. Apologies to the four drivers who ended up being deprived of the reward for their work as a result of that.”