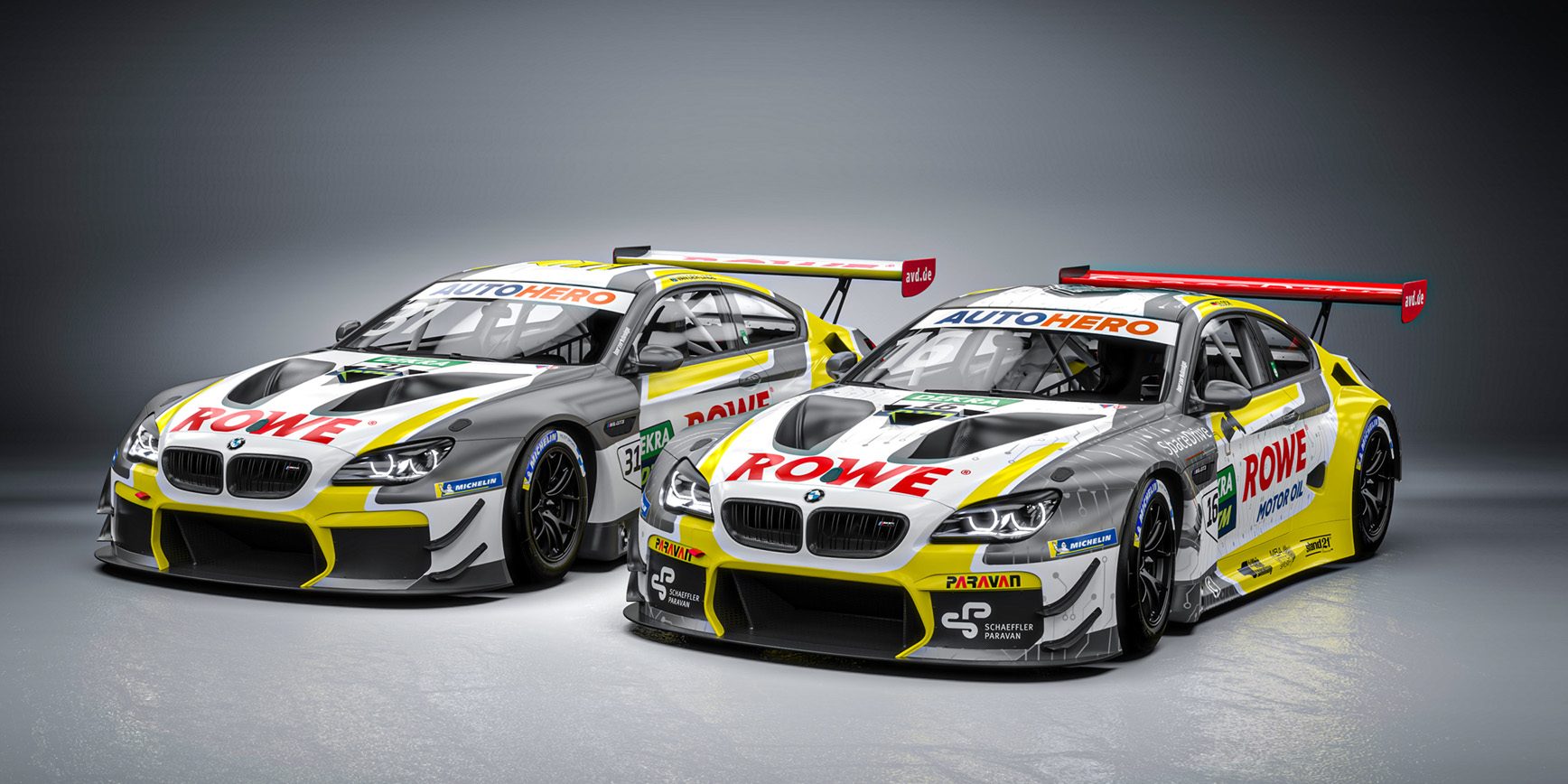 This weekend heralds a new era for ROWE RACING: the endurance specialists from St. Ingbert are set to make their DTM debut at the opening round of the 2021 season in Monza, Italy. In former Formula 1 driver Timo Glock and South African Sheldon van der Linde, the team lines up with two top‑class drivers in its first full season in a classic sprint series. They have both won DTM races in the past and form a perfect combination of experience and youth at ROWE RACING.

39-year-old Timo Glock, from the Odenwald region of Germany, brings with him a wealth of experience gained during 130 DTM races and 91 Formula 1 Grands Prix. The crowd favourite has made it onto the top step of the DTM podium on five occasions. Timo Glock will make his debut for ROWE RACING in the #16 BMW M6 GT3 in Monza. He is also operating as a development driver this year, as his car is equipped with the innovative Space Drive steering system from Schaeffler Paravan. The system has no mechanical link between the steering unit and the steering gear. Instead, steer‑by‑wire technology is used to steer the car, with steering commands being transferred electronically from the driver to the wheels.

For Sheldon van der Linde, who lines up in the #31 BMW M6 GT3, the opening round of the DTM in Monza will be his second race outing for the team from St. Ingbert: two weekends ago, he formed part of the successful quartet that finished runner‑up in the 24h race at the Nürburgring. The 22‑year‑old has contested 36 DTM races and claimed his maiden victory in 2020 in Assen (Netherlands). In doing so, he became the first South African in the long history of the DTM to win a race.

For the DTM itself, the season-opener in Monza is a double premiere. Firstly, the racing series features GT3 cars for the first time this year. On this basis, 19 race cars from five different manufacturers will take their place on the grid in Italy. Secondly, the DTM is making its debut in Monza. The 5.793-kilometre, high‑speed track to the north of Milan is the traditional home of the Italian Grand Prix. Few racetracks around the world have more of a Formula 1 atmosphere than the facility in Monza’s Royal Park.

Hans-Peter Naundorf, team principal ROWE RACING: “After the 24h race at the Nürburgring, we are now all looking forward to the DTM opener in Monza. We are all very intrigued to see how everything plays out once we are there, and whether the format is right for us. At the moment, we all have a few question marks and are hoping that some of them will be answered at the weekend. Our whole team is very motivated and looking forward to working with our drivers Timo Glock and Sheldon van der Linde, as well as the first DTM race in the history of ROWE RACING.”

Timo Glock, #16 ROWE RACING BMW M6 GT3: “I am really excited about the start of the season in Monza, the way the car classification works, and how the whole situation at the circuit will play out. I am looking forward to the challenge. We have not really had a lot of kilometres of testing in what is, for me, a largely new car and with the Space Drive steering system. As such, I have not set my sights too high for the first race weekend. However, I hope we do well, gain a lot of experience, and can then build on that.”

Sheldon van der Linde, #31 ROWE RACING BMW M6 GT3: “Going to Monza next weekend, I am very excited to be back there. I am feeling confident, the car ought to be good. I am looking forward to seeing what the latest update and spec looks like for us. Hopefully, it’s in our favour and will give us a good chance for a podium or even a win this weekend to start the season with a bang and a massive confidence booster.”