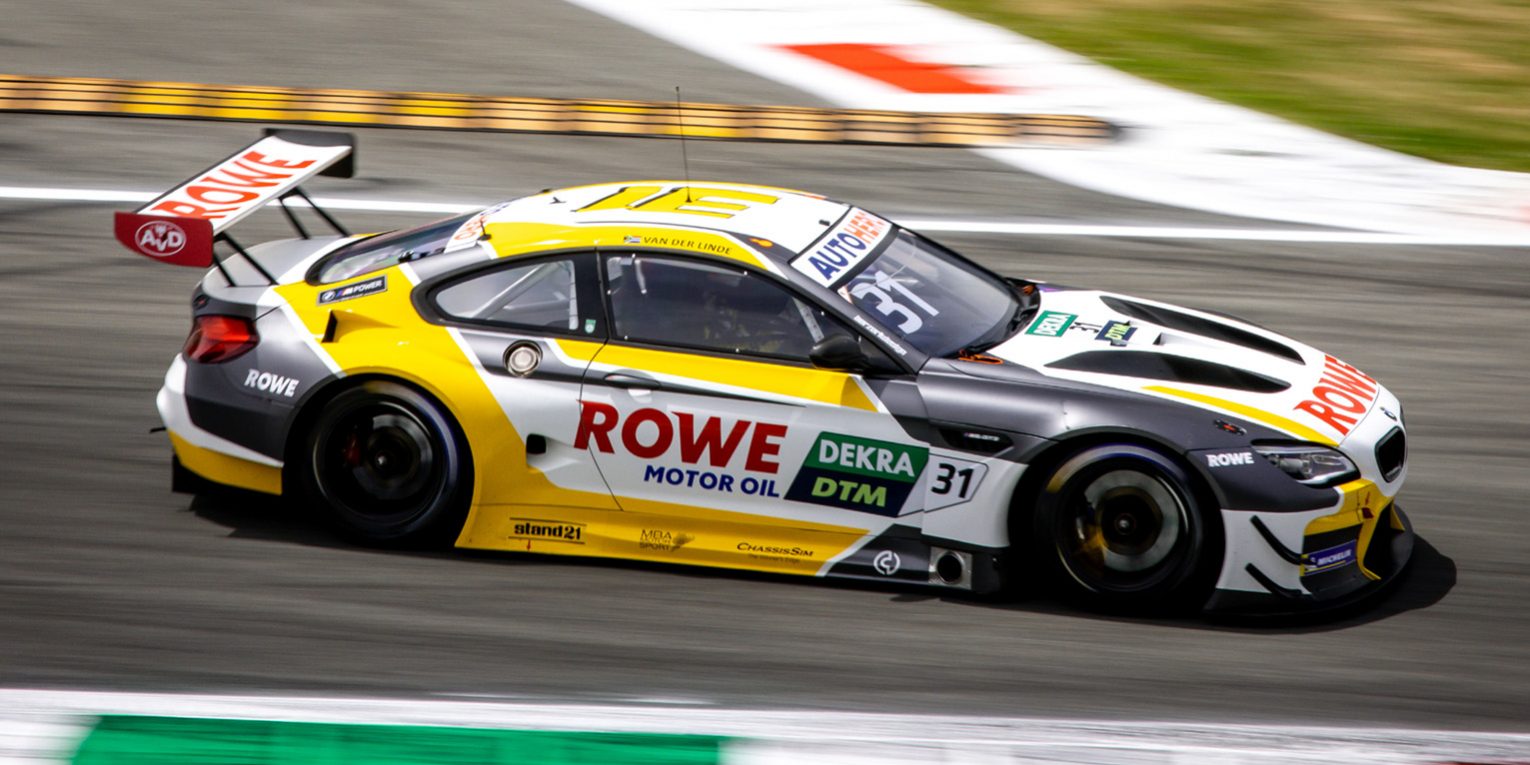 A strong DTM debut performance from ROWE RACING has been rewarded with the first points in the competition. After a great race in the royal park at Monza, Sheldon van der Linde finished fourth in the #31 BMW M6 GT3 to secure the first points in the DTM for the team from St. Ingbert on the very first race weekend. The South African also made the most spectacular overtaking manoeuvre of the weekend, putting two wheels on the grass to pass Audi driver Nico Müller and Saturday’s winner Liam Lawson in the Ferrari in one fell swoop. In the end, he missed out on a podium by just 2.9 seconds. The after-effects from a collision on lap one forced Timo Glock to retire his #16 BMW M6 GT3 early. In the first race on Saturday, Sheldon van der Linde and Timo Glock had crossed the finish line in 12th and 17th positions.

Sunday’s racing at Monza began with a real highlight for ROWE RACING. Sheldon van der Linde claimed third place in qualifying to secure a spot on the front row. A minor driving error saw Timo Glock start from 13th position. In the race, Sheldon van der Linde fell back to fourth place at the start but then jumped right back up to second place on lap one. He was fourth after the mandatory pit stops and defended that position until the end of the race.

Timo Glock felt the consequences of starting from 13th on the grid as two cars squeezed him in a pincer movement going through the first chicane and he took off for a brief moment. That damaged the rim on his left front wheel and the tyre began to deflate slowly. Even after delaying the pit stop until lap five, the #16 BMW M6 GT3 was no longer able to reach maximum performance and the former Formula 1 driver retired the car after 19 laps.

Hans-Peter Naundorf, Team Principal ROWE RACING: “Fourth place for Sheldon van der Linde on Sunday felt like a win for us, especially when you look at where we were on Friday and Saturday. Our first DTM weekend was unbelievably intense and exhausting, as we are an endurance team getting used to shorter races. It felt like the races were over almost as soon as they had started. Thanks to the ITR, who have earned our respect by managing to get a well-organised, exciting championship season off the ground here at Monza this weekend. These were very close races, with a very balanced field and some intense battles. Unfortunately, we had to take Timo Glock’s car out of the race early, but Sheldon van der Linde did make the manoeuvre of the day. I am very proud of our team.”

Timo Glock, #16 ROWE RACING BMW M6 GT3: “We really learned a lot this weekend. That was the first DTM weekend with GT3 cars. I was quite pleased with my pace on Saturday but I just couldn’t quite get my lap together in qualifying for the second race. I got sandwiched on turn one in the race and left the ground briefly, which unfortunately cracked the front left rim and gave the tyre a slow puncture. The car was still difficult to drive after the tyre change. Those weren’t great results for me but we realised before the weekend that it would be a learning curve for us. Quite a few things have become clearer for me now.”

Sheldon van der Linde, #31 ROWE RACING BMW M6 GT3: “That was such a long, hot race. I am delighted to finish fourth and score the first points for the team. Especially after the minor disappointment on Saturday, it was great to come back so strongly right away and show what we are capable of. That was a cool move in the Lesmo turn to get past Liam Lawson and Nico Müller. I was right on the limit as I had two wheels on the grass. That was one of the best manoeuvres of my career. Congratulations to my brother on his first DTM win. I hope that we will be able to stand on the podium together next time. But now I really have to jump into the pool.”