ROWE RACING ramps it up: Race premiere for Turn 1 at the Lausitzring and the return of fans 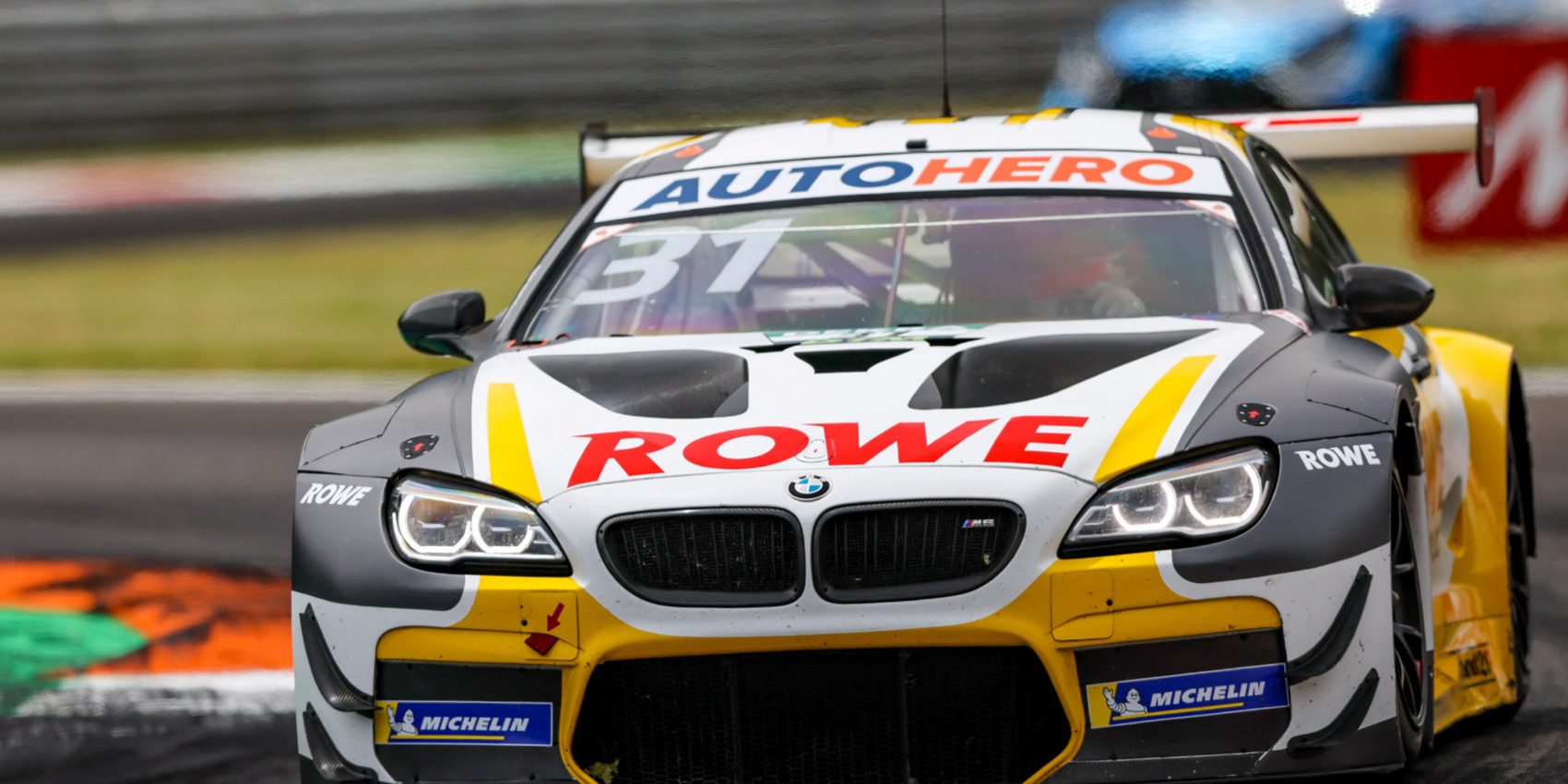 ROWE RACING ramps it up: Race premiere for Turn 1 at the Lausitzring and the return of fans

ROWE RACING and its two drivers Timo Glock and Sheldon van der Linde head to the Lausitzring full of anticipation ahead of the first German round of this season’s DTM. Spectators are permitted at the circuit for the first time this season for the second of eight race weekends. Like the drivers and teams, they too are looking forward to a DTM first. For the first time in the history of the series, the drivers will take on the banked Turn 1 in the races on Saturday and Sunday (24th and 25th July).

The new 4.562-kilometre layout at the Lausitzring, which was opened in 2000 and is located between Berlin and Dresden, does not follow the usual route left into the twisty infield at the end of the finish straight. Instead, Timo Glock in the #16 BMW M6 GT3 and Sheldon van der Linde in the #31 BMW M6 GT3 will continue at full throttle into the banked Turn 1. This 300‑metre left‑hander in the tri‑oval section of the racetrack has a gradient of almost six degrees, placing special demands on the drivers and cars.

Former Formula 1 driver Timo Glock and South African Sheldon van der Linde, who finished third in qualifying and fourth in the race on day two of the season-opener at Monza to score ROWE RACING’s first points in the DTM, are looking forward to both Turn 1 and the return of fans to the racetrack. In line with the latest COVID‑19 regulations, the stands can be occupied to one third of their capacity on both race days.

The new layout with Turn 1 was not used for the official tests at the start of May. For this reason, the teams will now have an optional 40‑minute track test at 09:00 on Friday morning (23rd July), in order to familiarise themselves with the new conditions. The first 45‑minute practice session follows at 13.00. Free practice 2 runs from 16:05 to 16:35. The grid positions for the first race of the weekend will be determined in qualifying, from 10:30 to 10:50 on Saturday (24th July). The race then gets underway at the traditional DTM time of 13:30 (live on SAT.1 from 13:00). On Sunday (25th July), the 20‑minute qualifying starts at 10:10, before the race again begins at 13:30 (live on SAT.1 from 13:00). All practice sessions and the races themselves can also be watched via livestream at DTM Grid.

Hans-Peter Naundorf, Team Principal ROWE RACING: “We had a short break after the season-opener and are now refreshed and ready to tackle the coming races. We are looking forward to the first race in Germany at the Lausitzring, and what promises to be a technically demanding weekend with the new layout through the banked Turn 1. It is going to be really exciting for the fans, a limited number of whom are allowed back at the circuit. For us as a team, it will be a delicate balancing act. Finding the right setting for the banked corner in such a short time will be a challenge for everyone. However, everyone involved in motor racing loves challenges like these.”

Timo Glock, #16 ROWE RACING BMW M6 GT3: “I am looking forward to the second DTM race weekend at the Lausitzring. The absolute highlight is that we are not racing on the usual layout, but will be driving through Turn 1. I am excited, as it will be a challenge for everyone to adapt to it. I hope it produces some good racing. However, it is obviously not easy to focus on the sport after the events around the Nürburgring. I hope our fundraising campaign, together with all the other calls for donations, will raise enough funds to help the people there.”

Sheldon van der Linde, #31 ROWE RACING BMW M6 GT3: “I think it’s going to be a great weekend with a lot of few changes for the DTM. One of the highlights for me is that we are going to be driving through Turn 1 on the oval layout. I think that should suit our car fantastically well. I don’t see any reason why we won’t be able to be competitive on this track layout. We scored our first points of the season at Monza and were very competitive in race 2. I’m personally very, very optimistic going into this round. I thinks it’s a big chance to score some big points and going back to the top five of the championship. That’s my goal. Respect for the ITR for trying these new things like Turn 1 in DTM and really getting the fans involved again. I think it’s going to be great entertainment for them.”