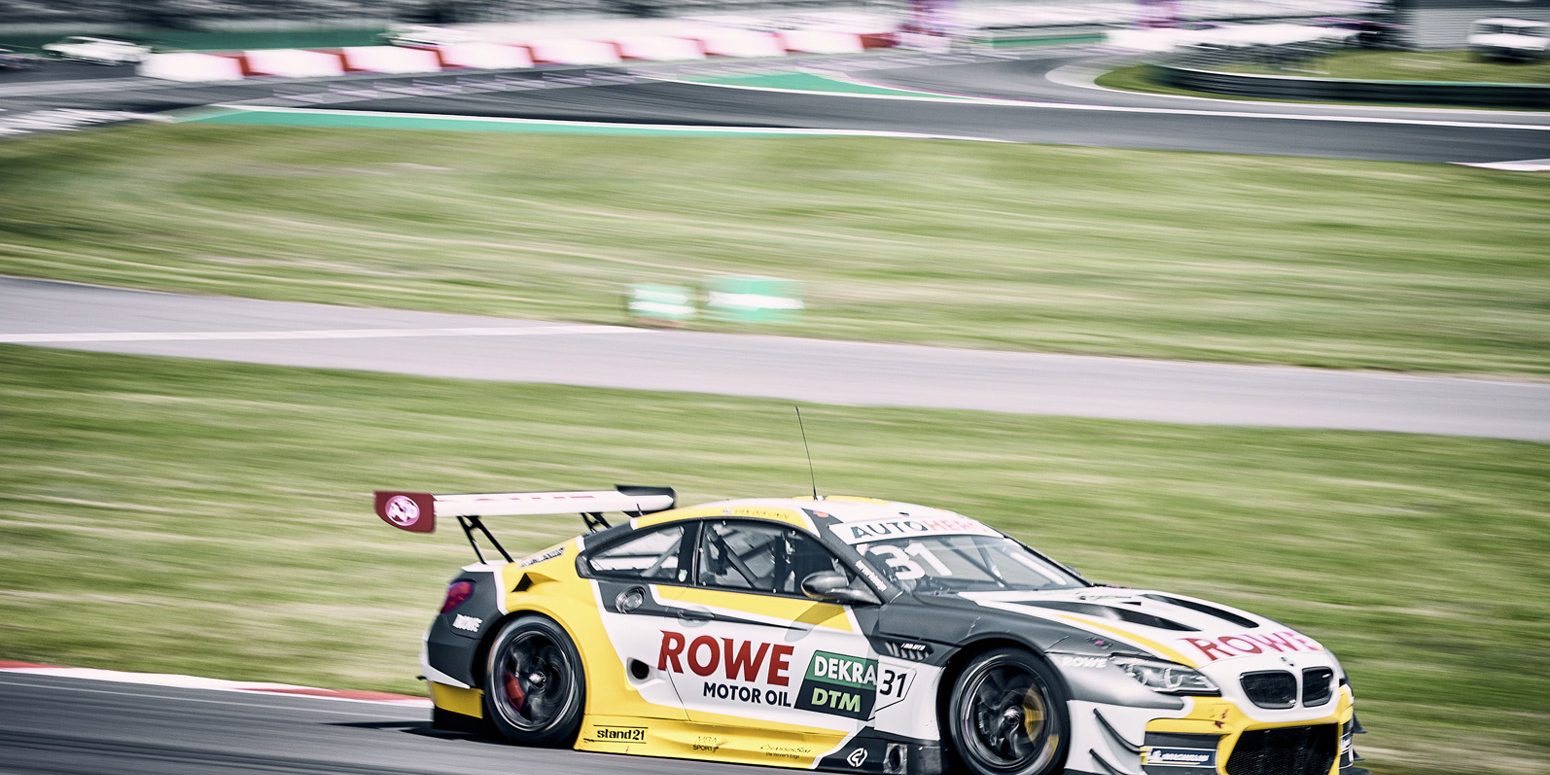 The contrast could hardly be greater for ROWE RACING: after the outing at the modern and expansive Lausitzring, the team from St. Ingbert now travels back in time to the birthplace of the DTM. The third race weekend of the season takes the team and its two drivers, Timo Glock and Sheldon van der Linde, to Zolder in Belgium. It was here, on 11th March 1984, that the first race in the history of the DTM took place. Even today, the circuit roughly one hour’s drive from Aachen, which describes itself as the “Home of DTM”, still exudes the same flair as it did back then: a narrow pit lane, a track that is often too narrow, and classic gravel beds make it an old-school circuit – one that appeals to the drivers and allows little room for error.

ROWE RACING started in Zolder in the 2017 Blancpain GT Series, but without any luck. The two drivers have fonder memories of the four-kilometre circuit, which returned to the DTM calendar in 2019 after an absence of 17 years. Sheldon van der Linde, who lies sixth in the Drivers’ Championship on 28 points with the #31 BMW M6 GT3 after the first four races of the season, secured his first pole position in the iconic series in only his fourth DTM race on 19th May 2019 in Zolder. Pole position number two came last time out, at the Lausitzring, with ROWE RACING.

Timo Glock, who is still waiting for his first points of the season in the #16 BMW M6 GT3, was the fastest man in one qualifying session in Zolder last year. The former Formula 1 driver secured his sixth pole position in the DTM in the second of four races that were held in Zolder in 2020. This year, however, both ROWE RACING drivers may struggle to back up their previous results in Belgium: the stop-and-go characteristic of the circuit, with its tight corners and chicanes, will not necessarily suit the BMW M6 GT3 with its long wheelbase.

Hans-Peter Naundorf, Team Principal ROWE RACING: “I am looking forward to the race weekend in Zolder, as the circuit has a unique charm and a special flair. It is all a bit old-school and different to modern racetracks. However, that means that everything is also a bit tighter and crowded than it was recently at the Lausitzring, so we will have to adapt our processes to the circumstances. The track itself could be one of the toughest for us, as the tight corners and chicanes do not suit the BMW M6 GT3 and we are not really able to exploit our strength – top speed – on the short straights. However, we will do our best to get the best possible result.”

Timo Glock, #16 ROWE RACING BMW M6 GT3: “I am looking forward to the coming DTM races and am excited to see how we get on in Zolder with the BMW M6 GT3. It is definitely not the easiest circuit for our car. We must also see what the weather is like at the weekend. I hope I have a good, solid weekend and perhaps pick up my first points of the year.”

Sheldon van der Linde, #31 ROWE RACING BMW M6 GT3: “Going to Zolder for the third round of DTM will be exciting – and definitely for us, from a performance point of view, a bit tougher than the Lausitzring because the track characteristic demands a bit more from the car. However, I am positive that we can score some good points in both races. My goal is still to get a couple of wins under my belt this year. In Zolder, it will for definitely be difficult, but the goal there will be to score some good points for the championship. The clear target is just to consistently score points. The team has done a really good job at the first two race weekends as newcomers to the DTM. So I am looking forward to seeing what progress they make as a team and hopefully I can give them some advice to help them move forward even quicker.”