ROWE RACING out of luck at Nürburgring race 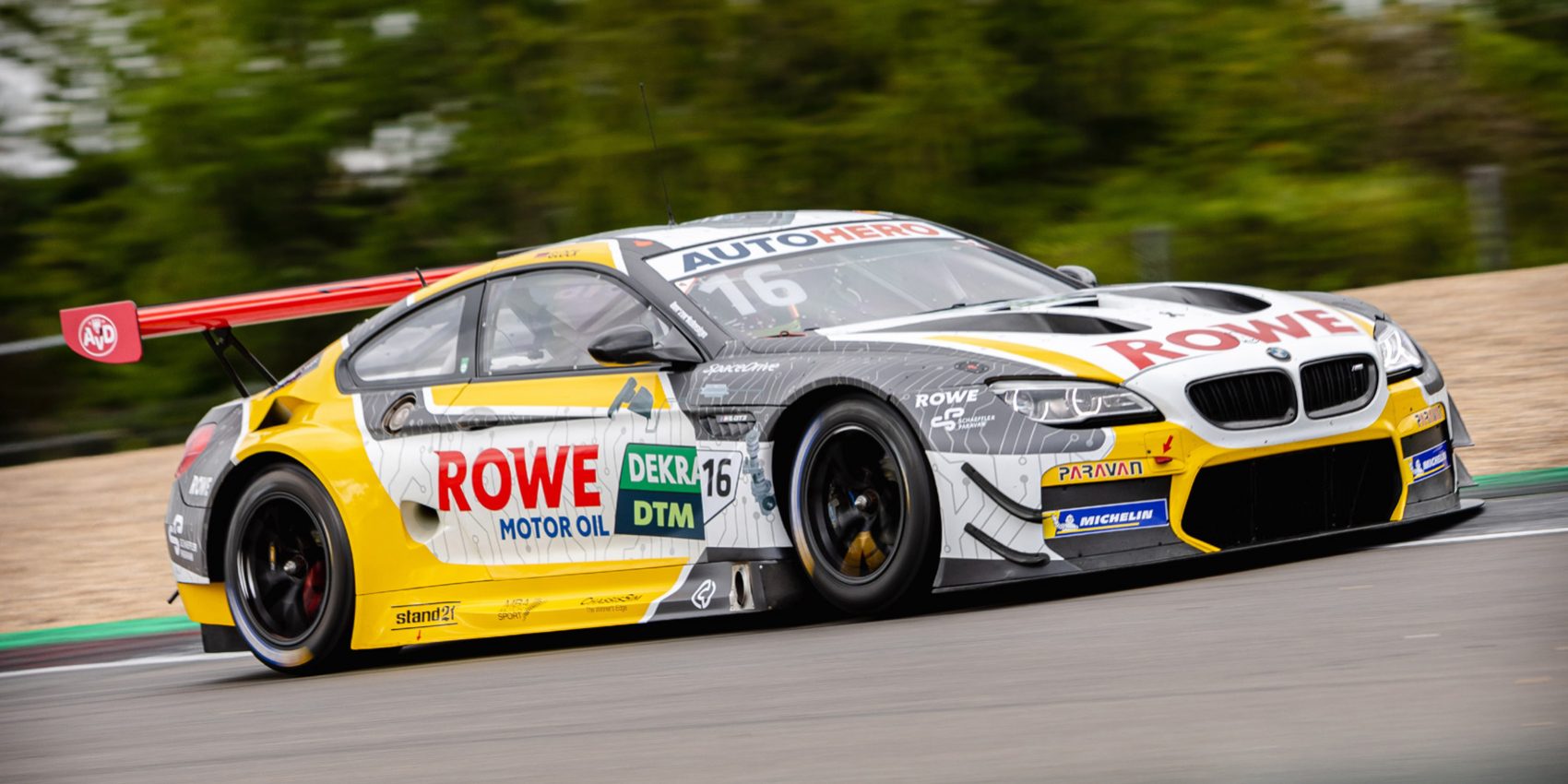 ROWE RACING out of luck at Nürburgring race

Luck deserted ROWE RACING in its first DTM race at the Nürburgring. After starting from 18th on the grid on Saturday, Sheldon van der Linde had given a great recovery performance in the #31 BMW M6 GT3 to claim sixth place, and the South African would have been within range of a first podium on Sunday. He reacted quickly after a tumultuous opening stage to make contact with the team and head for the pits immediately before the announcement of the second safety car period, a decision that pushed him up into the virtual second place and provided him with a great chance of claiming the first podium for the team from St. Ingbert. However, another car made contact at the restart, leading to the steering damage that ended his race two turns later.

Timo Glock’s result provided the team with a glimmer of hope, however. Starting from 20th on the grid, the former Formula 1 driver reached seventh place in his #16 BMW M6 GT3. The result saw Glock score his first championship points in ROWE RACING colours, at the eighth attempt, making up for Saturday’s 19th place and the setbacks endured in the season so far. ROWE RACING will be competing again in two weeks in Austria, at the Red Bull Ring in Spielberg.

Qualifying on Saturday had gone anything but according to plan for ROWE RACING. Sheldon van der Linde was only four tenths of a second away from third place in the #31 BMW M6 GT3, but the field was so tightly packed that he could not improve on 18th position. Timo Glock could only reach 22nd place in the #16 BMW M6 GT3.

Early pit stops made by other teams saw Timo Glock move up to seventh place for a period during the race, but the late tyre-change strategy pushed him back down to 19th. The race went better for Sheldon van der Linde, who moved up to third before making his pit stop on lap ten. After exiting the pits, he battled his way up from 17th to sixth, scoring eight championship points.

Once again, the morning qualifying session failed to put a smile on anyone’s face at ROWE RACING. The first 18 cars were within one second of one another, meaning that Sheldon van der Linde had to be content with 16th place. Timo Glock secured 20th on the grid.

The race started in tumultuous fashion, with two safety car periods in the first five laps. Sheldon van der Linde benefited from a good start and a tactically perfect tyre change immediately before the second appearance of the safety car, moving into the virtual second place after pit stops had been taken into account. However, there was contact between his #31 BMW M6 GT3 and another car after the second restart, with the resulting steering damage forcing the South African to retire his car two turns later. In the opening stage, Timo Glock had been pushed off the track by two other cars once again, but then started a recovery performance that put him in the points for the first time in the second half of the race. He crossed the finish line in eighth place. He later moved up to seventh after a retrospective time penalty was imposed on another driver.

Hans-Peter Naundorf, Team Principal ROWE RACING: “We are simply not enjoying any racing luck at all just now. We are working hard and did so much right, especially on Sunday. We are still struggling in qualifying and it’s not going as we had hoped. That’s why we always have to battle our way up from the back in the race. That worked out well on Saturday for Sheldon and would have gone even better on Sunday. Unfortunately, a guest driver knocked us out of the race from a promising position. We still have room for improvement, but at least we scored points with both cars this weekend. I am sure that will give Timo Glock a boost too.”

Timo Glock, #16 ROWE RACING BMW M6 GT3: “I am happy that I have finally scored my first points for ROWE RACING, especially starting from 20th on the grid. I had to wait a long time for that. I got cleaned out twice at the start and knocked right back, but in the end I still made it into the top ten. That gives me renewed confidence. Overall, I felt much more at ease in the car today.”

Sheldon van der Linde, #31 ROWE RACING BMW M6 GT3: “The race on Sunday was really annoying, as I would have had a chance of getting the first podium for the team. I made a good start and the pace in the opening stage was good too. We then reacted perfectly to the safety car, which was really good timing and put us on course for second place, but then I was unfortunately hit by another car, right after the restart. That is really disappointing, as it would have been great to have maybe reached the podium after starting from 16th.”