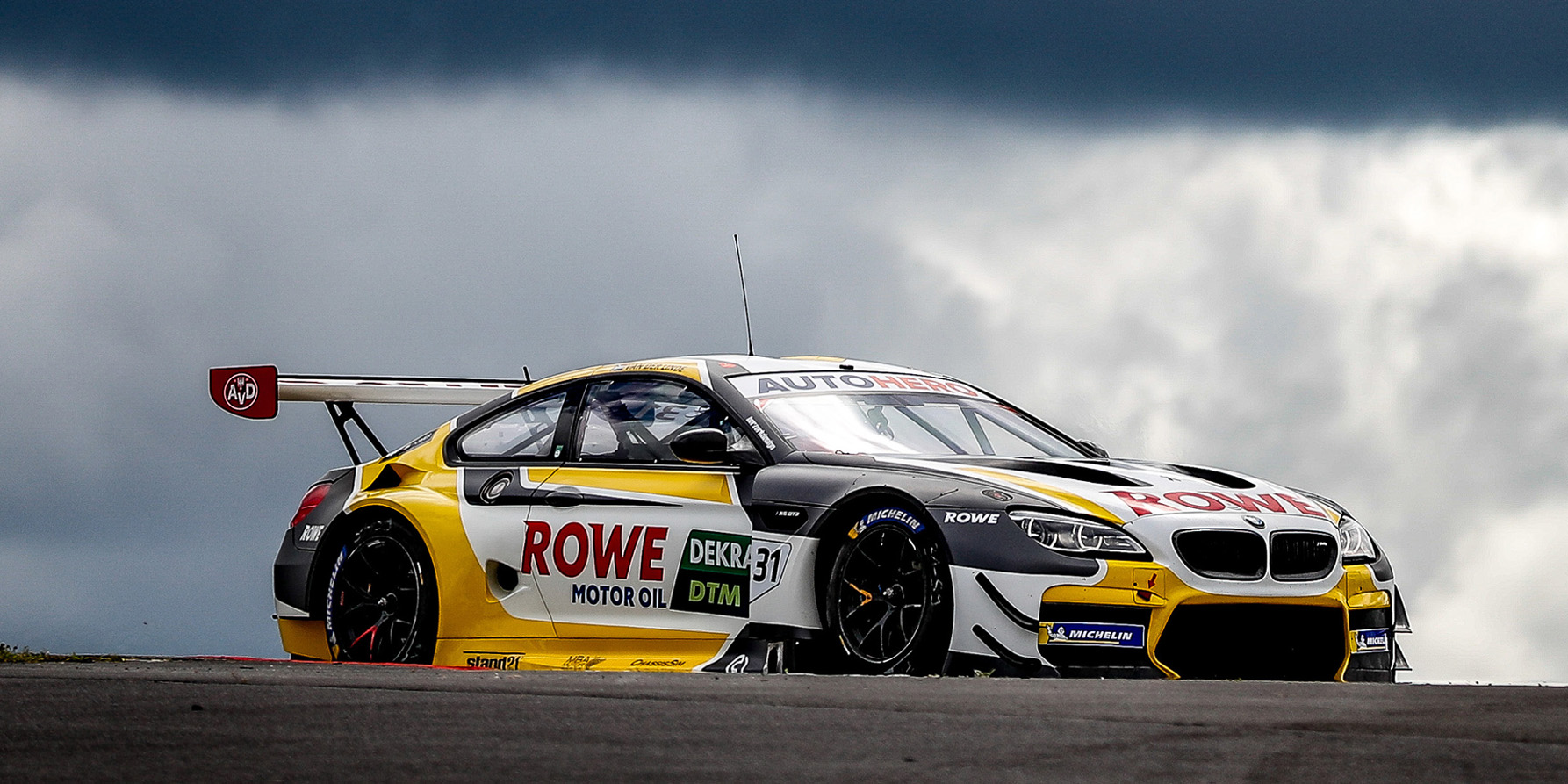 ROWE RACING will be starting the second half of the 2021 DTM season at Spielberg (Austria) this coming weekend (4th/5th September) with plenty of drive and confidence. Of all this year’s DTM circuits, it is the Red Bull Ring layout that best suits the BMW M6 GT3 for the team from St. Ingbert. That is why the team, and drivers Timo Glock and Sheldon van der Linde, sense that there is a good chance of enjoying a successful weekend and achieving the first DTM podium for ROWE RACING.

The picturesque Formula 1 and MotoGP circuit, nestling in the mountainous Styrian landscape, is 4.318 kilometres long with seven right and three left turns. A special feature of the track is the vertical difference of 65 metres, with a maximum incline of 12 percent and a maximum descent of 9.3 percent. With its good top speed and strong performance in fast corners, the BMW M6 GT3 is ideally suited to the Red Bull Ring, a fact underlined by three wins for this type of car in the last four ADAC GT Masters races. This is the first appearance for ROWE RACING with the BMW M6 GT3 in Styria. The team last competed at Spielberg with the Mercedes-AMG SLS in 2014.

Timo Glock has some very pleasant memories of the Red Bull Ring. In 2013, the former Formula 1 driver claimed his first DTM podium at Spielberg in his third DTM race, following that up with another third place one year later and a win in 2016. The circuit has not featured on the DTM calendar in the last two years, but this will be a seventh DTM appearance in Styria for Timo Glock. He is hoping to produce some more good results in his #16 BMW M6 GT3, having chalked up his first championship points of the season at the Nürburgring recently. In his first DTM race at the Red Bull Ring, team-mate Sheldon van der Linde from South Africa is aiming to record a first podium, or even the first win in the historic race series for the St. Ingbert team, with his #31 BMW M6 GT3. A not‑at‑fault collision robbed him of the chance to secure a podium spot in the second race at the Nürburgring.

Hans-Peter Naundorf, ROWE RACING team principal: “The whole team is eagerly anticipating the two races at the Red Bull Ring. Our form has been improving recently, so we have got some good momentum as we go into the second half of the season and we are hopeful of doing well at Spielberg and then Assen as well. The Red Bull Ring in particular, with its long straights and fast corners, really does suit our BMW M6 GT3, so we are aiming to score plenty of points. The Spielberg circuit also enjoys a lovely setting in the landscape and the surrounding topography, it is a track with life and character. It is one of the most beautiful backdrops that you can find anywhere in international motor racing. That applies to the fans as well as to us. This will be the first time since 2019 that they are allowed to visit the DTM paddock. We are really looking forward to that.”

Timo Glock, #16 ROWE RACING BMW M6 GT3: “I am looking forward to the upcoming weekend at the Red Bull Ring, firstly, because I have always had very, very good races there and have celebrated a few successes there in the DTM and in Formula 3 prior to that, and secondly because the circuit really does suit our car a lot more. I am happy to have scored my first DTM points for ROWE RACING recently with very good racing pace at the Nürburgring, and I would like to build on that now.”

Sheldon van der Linde, #31 ROWE RACING BMW M6 GT3: “I think it’s gonna be a really strong weekend for us. It’s the track we have been looking forward all year long. It’s probably our biggest chance to win. As I mentioned at Lausitzring at the second round our goal definitely has to be to win races coming into this weekend. The BMW M6 GT3 has been really strong at Spielberg in the past and we know that the car performs really well on the track. I think we got all the right tools to do so this weekend. Let’s see where we end up, I’m ready!”