ROWE RACING continues to battle with the podium curse 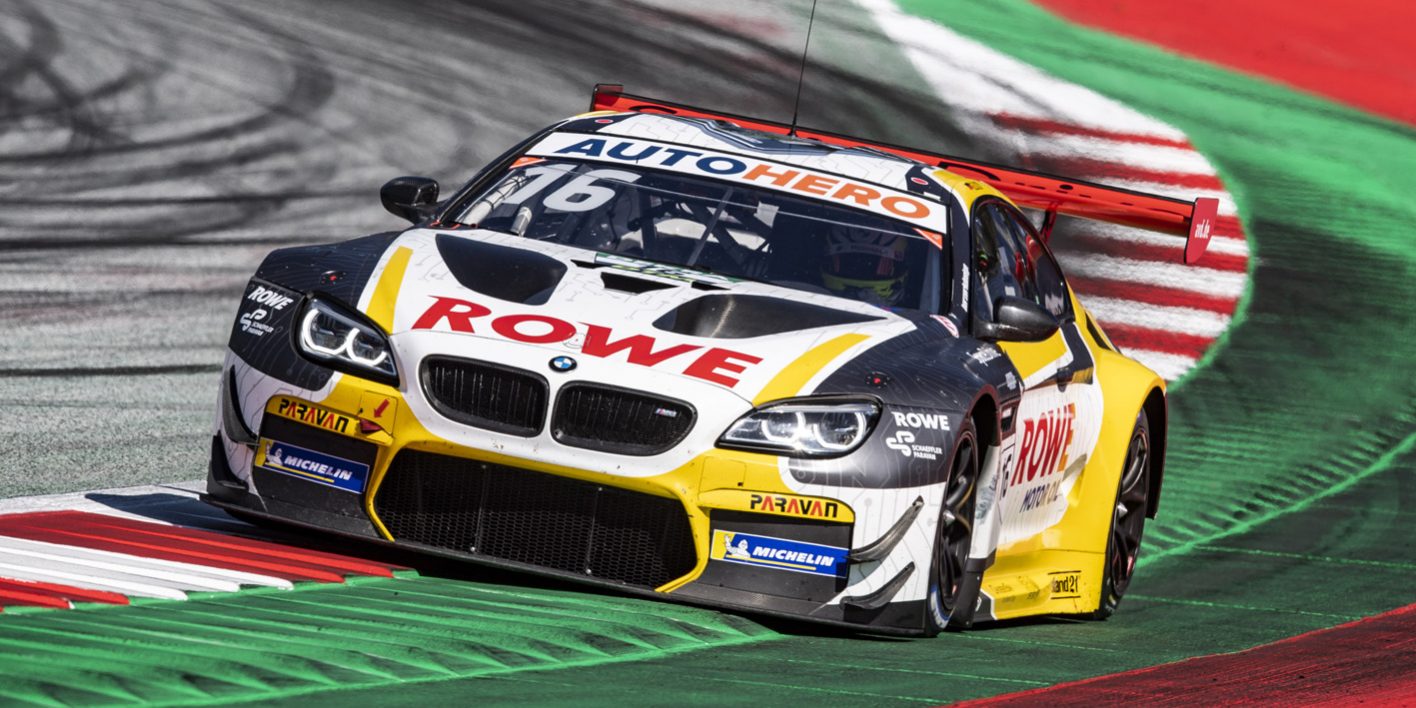 ROWE RACING continues to battle with the podium curse

Sheldon van der Linde is thwarted another twice, through no fault of his own, at the Red Bull Ring / Timo Glock finishes in the points twice

All bad things come in threes. Sheldon van der Linde was again prevented, through no fault of his own, from claiming his first podium for ROWE RACING at round five of the DTM at the Red Bull Ring – for the second and third races in a row. The South African was within striking distance of third place in the Saturday race in Spielberg (Austria) until he received a bump from a rival car, which resulted in him retiring with a broken suspension on the #31 BMW M6 GT3. On Sunday, he was actually running third after the start when a puncture dashed any hopes on lap two. The one championship point he picked up for qualifying third on Sunday came as little consolation.

Team-mate Timo Glock struggled to put together a perfect lap in qualifying on both days. As a result, he started the two races at the Formula 1 circuit in Styria from 13th and eleventh place on the grid. He finished tenth in both races in the #16 BMW M6 GT3. Coming on the back of his seventh place at the Nürburgring, Glock has now finished in the points three races in a row. ROWE RACING returns to action in two weeks’ time at Assen, Netherlands.

In qualifying on Saturday morning, Sheldon van der Linde in the #31 BMW M6 GT3 narrowly missed out on third place, and with it a championship point, by one-thousandth of a second. When the race started, he quickly fought his way into third place, but ended the opening lap in fifth. After his mandatory pit stop on lap six, he initially found himself in the midfield, where he was hit by a rival whilst attempting an overtaking manoeuvre on lap ten. The contact broke the front-left suspension and resulted in van der Linde rolling straight on in the following corner and into the gravel bed.

Timo Glock had to settle for 13th place in qualifying. In the race, he stayed out longer and had briefly climbed into second place before his mandatory pit stop. After changing his tyres on lap eleven, he was running 16th until lap 16. Glock was then able to work his way through the field in the closing stages and crossed the finish line eleventh. However, he was subsequently classified in tenth place, earning him one point.

The race Sunday in Spielberg was almost a carbon copy of the Saturday. This time, Sheldon van der Linde managed to qualify in third place and pick up one championship point. In the race, he held on to third place at the start until a puncture on lap two saw him plummet down the field. After coming into the pits for the second time for his mandatory tyre change, he found himself last but one and decided to return the #31 BMW M6 GT3 to the garage after the 14th lap.

It was also a similar story to the previous day for Timo Glock. By the time he came into the pits, he had worked his way from eleventh place on the grid into eighth. However, he then fell back to twelfth. In the end, the #16 BMW M6 GT3 was the eleventh car across the finish line. Another time penalty handed to an opponent again saw Glock promoted to tenth place, for which he was rewarded with one point.

Hans-Peter Naundorf, Team Principal ROWE RACING: “You gradually start to ask yourself whether the racing gods have something against ROWE RACING. To suffer such a setback for the third time in a row, whilst again on course to finish on the podium, is really bitter. Here, another driver was responsible for Sheldon van der Linde failing to finish on day one. On Sunday, he suffered a puncture on lap two. Unbelievable. The fact that Timo Glock twice finished in the points here, and that the race pace was there on both days, is one positive. However, it is about time there was a change to the pit stop regulations, as the BMW and Audi cars are technically far inferior in that regard. You lose two to three seconds during a tyre change, which can, as it did today, mean losing three or four positions in one go in the pit lane without being able to do anything about it.”

Timo Glock, #16 ROWE RACING BMW M6 GT3: “If I had finished in the top five in both qualifying sessions, I would have stayed in the top five in the race. At the moment, however, I cannot put a lap together in qualifying. If you had put together all my best sector times, it would have been spot on. That is my fault and it is down to me to find the last two tenths. That is something I am still struggling with this season.”

Sheldon van der Linde, #31 ROWE RACING BMW M6 GT3: “I can hardly find the words to describe how disappointed I am. This is now the third time in a row that I have lost the opportunity to finish on the podium, without being able to do anything about it. That is really tough. Before the puncture on Sunday, there had been no contact, nor had I driven over the kerbs. Unfortunately, however, it is too late to change that now.”