Home outing for ROWE RACING and Timo Glock at Hockenheim 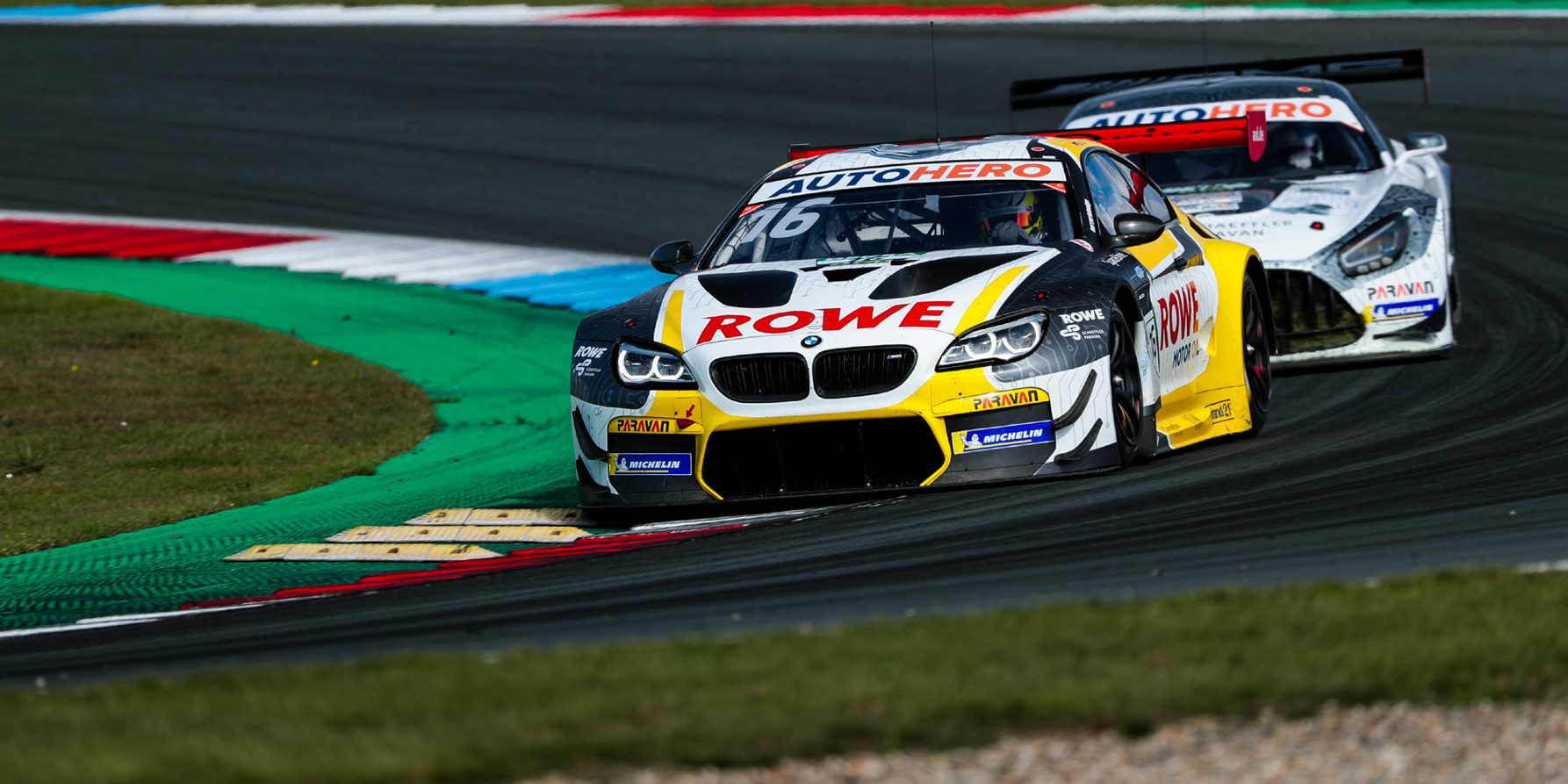 Home outing for ROWE RACING and Timo Glock at Hockenheim

The penultimate race weekend of the 2021 DTM season (2nd/3rd October) is a very special event for ROWE RACING and Timo Glock. The Hockenheimring Baden-Württemberg is the closest racetrack to St. Ingbert, while the headquarters of the ROWE MINERALÖLWERKE GMBH company in Worms is just around the corner. Also, for ex-Formula 1 driver Timo Glock, the Motodrom is like his own living room, after all, the 39‑year‑old from the Odenwald region of Germany grew up just 70 kilometres from the circuit. Family, friends and his fan club will therefore be cheering Timo Glock on at the Hockenheimring this weekend. A host of ROWE guests will also be at the racetrack supporting the team, Timo Glock and his team‑mate Sheldon van der Linde.

Timo Glock has many fond memories of the 4.574‑kilometre Hockenheim Grand Prix circuit, which features eleven right corners and six left turns, as well as the unique Motodrom section. At the finale of the 2013 season, he finished his first year in the DTM with a maiden victory in the iconic series. As well as a second win and two pole positions there in 2018, he also has a second place and three third places to his name. The legendary battle with Gary Paffett, which lasted several laps of the 2018 season finale, will live long in the memory. Sheldon van der Linde’s best result so far in Hockenheim was a sixth place in 2019. This season, the 22‑year‑old South African has far from given up on the hunt for the first podium for ROWE RACING in the DTM: Sheldon van der Linde put in some extra shifts during last week’s tests at Hockenheim.

The Hockenheimring is the heart of the DTM. With 97 races, the Motodrom near Heidelberg – as a rule, always the venue for the season finale – has hosted the series more often than any other circuit. This year, however, Hockenheim has passed that honour on to the Norisring, as the two races at the circuit in Nuremberg had to be postponed from the original dates at the start of July to 9th and 10th October due to the COVID-19 pandemic.

Hans-Peter Naundorf, Team Principal ROWE RACING: “Hockenheim is a real home event for us. We will have many fans and guests of ROWE at the circuit, cheering us on. We obviously want to put on a good show for them, and prepare meticulously again for the two races at the Hockenheimring during last week’s tests. It is a track with good overtaking opportunities, but there could also be a lot of tyre wear. It will be important to get the tactics right. I hope that Timo Glock, in particular, can back up his previous outings at his home circuit. He knows exactly what it takes to produce spectacular and successful racing at Hockenheim.”

Timo Glock, #16 ROWE RACING BMW M6 GT3: “I am really looking forward to Hockenheim as I have always had good races and pleasant experiences at this racetrack. I hope our speed will be better than at Assen, and that we have a bit more luck in the race again than we did there, where I suffered a puncture. We will try to pull out all the stops at Hockenheim in order to be well-placed there and give the performance that I and the team are looking for.”

Sheldon van der Linde, #31 ROWE RACING BMW M6 GT3: “Our target is clearly to end the year on a high and therefore consistently fight for points in the last four races. I’ve had some private testing in my #31 BMW M6 GT3 after the last race, fine-tuning our package for Hockenheim, and feel confident that we can break into the top eight in the championship despite the tricky start to the DTM campaign for team ROWE RACING.”