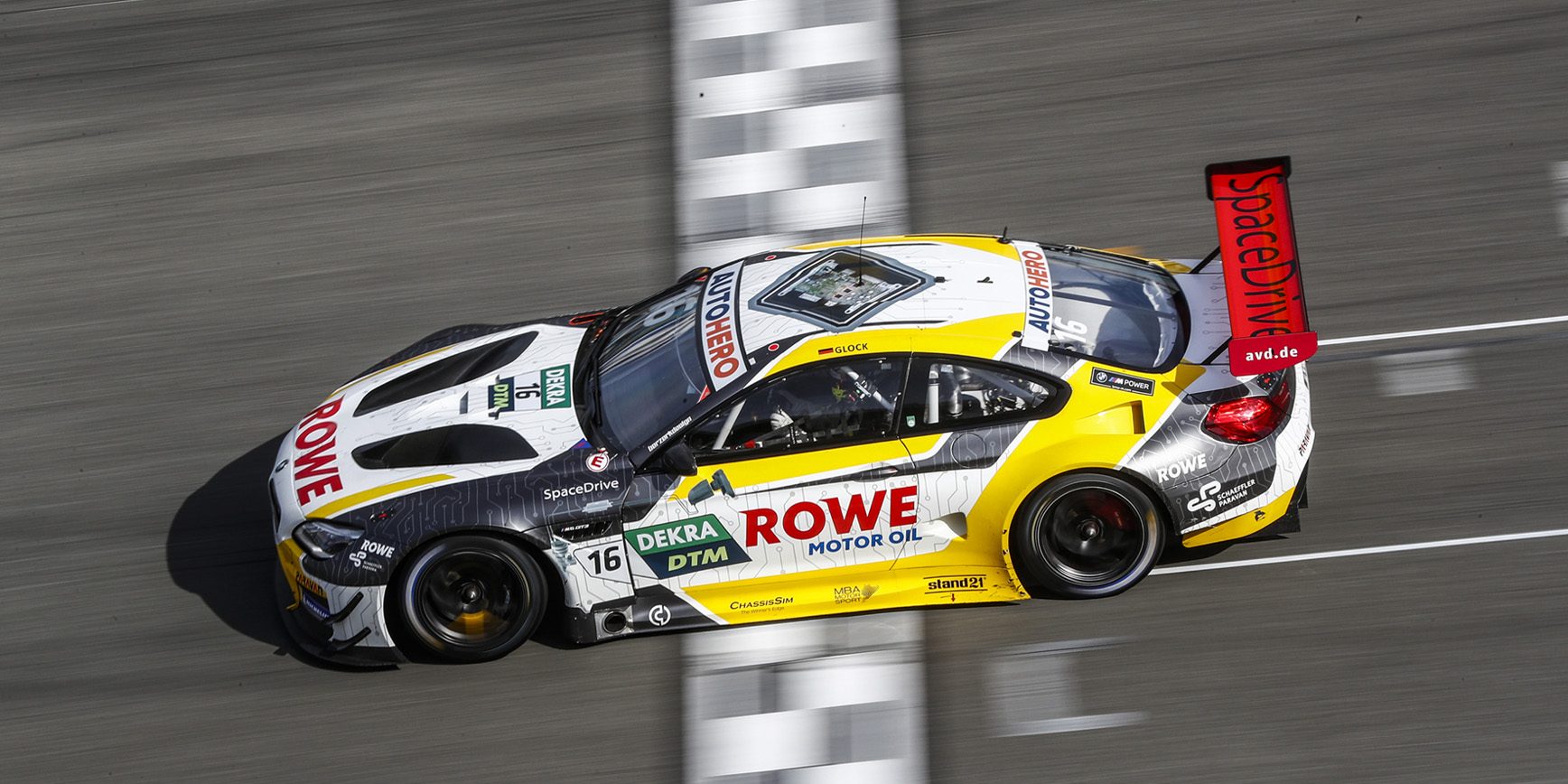 Grand finale to the first DTM season for the team from St. Ingbert / Sheldon van der Linde and Timo Glock hope to end the season on a high at the ‘German Monaco’

The final DTM weekend of the year at the Norisring is a grand finale in two regards for ROWE RACING; as well as the conclusion to the first DTM season in the history of the team from St. Ingbert, the two races on Saturday and Sunday (9th and 10th October) are also the final outings for the BMW M6 GT3. ROWE RACING has fielded this car since 2016 and has enjoyed the biggest successes in the team’s history with it, the first victory at the 24 Hours of Spa in 2016 and the maiden triumph at the 24h race at the Nürburgring in 2020.

In its final season of racing, the BMW M6 GT3 was transformed from an endurance champion to a sprinter, accompanying ROWE RACING as the team set out in the DTM. At the Lausitzring, with Sheldon van der Linde at the wheel, the BMW M6 GT3 secured the first pole position by a BMW GT3 car in this iconic series. A similar success at the Norisring, or the first DTM podium for ROWE RACING, would be a perfect way to bid farewell from the successful model, which has disrespectfully been termed a ‘bathtub’ by some.

However, the two races at the ‘German Monaco’, which form both the conclusion and the highlight of the 2021 DTM season, will pose another big challenge. Although the unique, 2.3‑kilometre street circuit in Nuremberg looks easy, with just four left turns and two right-handers, it really puts the drivers, teams and cars to the test. Instead of run-off zones, large stretches of the circuit are lined by walls, allowing the drivers no room for mistakes. The team must work in limited space in the temporary garages. Bumps and the many hard braking manoeuvres put the cars under extreme strain.

After his two failures to finish at Hockenheim, Sheldon van der Linde is hoping to end the season on a high and complete his first DTM race at the street circuit in the #31 BMW M6 GT3. In 2019, the South African failed to finish both races at Nuremberg. Team-mate Timo Glock has already contested 12 DTM races at the Norisring, his best result being a fifth place in 2017.

The race weekend at the Norisring is traditionally the highlight of a DTM season and, as a rule, always takes place in the summer. After the 2020 event was ruled out by the COVID-19 pandemic, this year’s race weekend was moved from the original date at the start of July to October, in order to allow fans at the circuit and in the historic stone grandstands. As such, the Norisring now hosts a DTM finale for the very first time.

Hans-Peter Naundorf, team principal ROWE RACING: “The Norisring weekend marks the end of our first DTM season, which has been even more intensive, even harder work, and more eventful than we imagined. We are determined to give our BMW M6 GT3 a worthy farewell, after all the success we have celebrated with this car since 2016. However, we know that this will be far from easy at the Norisring, but that applies to all the teams, who will compete with GT3 cars at this unique track for the first time. The stop‑and‑go character and short straights put extreme strain on the brakes, in particular. The type and frequency of the braking manoeuvres are unique in motorsport. Maybe the temperature, which will not be quite as high in October, will suit us. Plus, we have new brake pads and are hopeful that they will work well over the full race distance. Another critical point is the very bumpy and slippery asphalt on the public roads, which provides hardly any grip compared to a racetrack and puts extra strain on the brakes through the ABS and traction control.”

Timo Glock, #16 ROWE RACING BMW M6 GT3: “I am excited about the grand finale at the Norisring. However, the circuit will be difficult for our car. It will not be easy to get through the two hairpins with the long wheelbase. We will have to wait and see what effect the bumps have. Despite this, I am hoping for a positive weekend and a good conclusion to the 2021 season, which, with many lows and few highs, has certainly not played out as we hoped. However, you get years like that in motorsport.”

Sheldon van der Linde, #31 ROWE RACING BMW M6 GT3: “It’s great to get straight back into the car straight off of a very frustrating weekend at Hockenheim, in order to erase that from my memory. The fact that my parents are visiting from South Africa has given me something else to think about in the last few days, and put me in positive spirits again. The Norisring is a very demanding circuit, where you cannot afford any mistakes. I drove there with the class one in 2019 and before that in the Audi TT Cup in 2016, where we managed to pull off a podium. It would be great to end the season with another one, this time for ROWE RACING.”